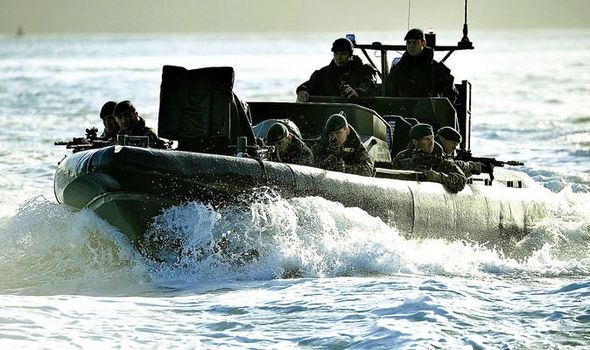 It follows a ratcheting of tension in the region, with the US deploying an aircraft carrier strike group and B-52 bombers to the Gulf in response to what it said were credible threats from Iranian forces. And last night one of the US’ most senior diplomats warned Iran not to underestimate President Trump’s resolve for military action. In Britain, the Foreign Office has warned British-Iranians not to travel to the country in case they are detained. Now two SBS teams have joined UK registered oil tankers transiting in the Persian Gulf south through the Strait of Hormuz, where they will be tasked with monitoring Iranian activity around the island of Qesham – home to Iranian naval gunboats. Both teams will collate information as the ships move south through the Strait of Hormuz and into the Gulf of Oman, where it is understood they will be airlifted off by Royal Navy Merlin helicopters operating out of Oman.

Just days ago four oil tankers were attacked with explosive devices south of the port of Fujairah in the Gulf of Oman, regularly used by the Royal Navy as a crew change stop and logistics hub for its nuclear powered hunter killer submarines.

Military analysts believe the attacks were mounted by Iranian special forces to demonstrate how easy it would be for Tehran to close down the Strait of Hormuz and bring oil exports to a halt if Washington continues to threaten the Islamic Republic.

Britain and the US seemed to display a rare difference in policies over the middle east last week when the Pentagon publicly corrected a statement from Maj-Gen Chris Ghika, the UK’s military commander in the US-led mission against Islamic State, that “there’s been no increased threat from Iranian-backed forces in Iraq and Syria”.

But sources later explained that Maj-Gen Ghika had not been briefed about the amount of new intelligence he could reveal. 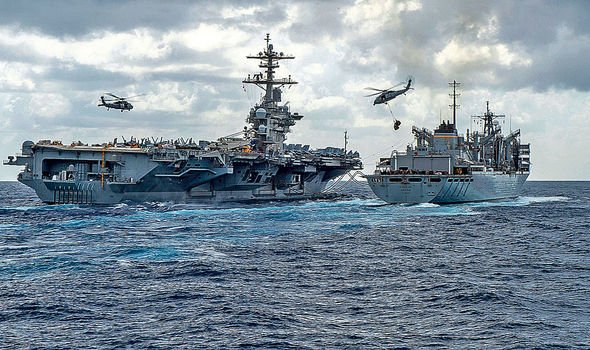 And, despite not joining the US in quitting the now discredited Iran nuclear deal, Foreign Secretary Jeremy Hunt confirmed that the UK “shared the same assessment of the heightened threat posed by Iran.”

Tehran’s regional stranglehold is based on its desire to build a “land bridge” connecting Iran through Iraq and Syria to Lebanon in order to more easily support Hezbollah forces.

It also continues to sponsor terrorism in Europe, including a failed bomb plot at a conference of Iranian dissidents – attended by US diplomats -in Paris last year.

But differences within the US administration are also causing concern, with both Secretary of State Mike Pompeo and National Security Advisor John Bolton accused of “writing cheques that President Trump won’t cash” with their strong anti-Iranian messages.

Last week the US commander-in-chief slammed as “fake news” reports that the US was poised to send 120,000 soldiers to counter Iranian aggression in the region. 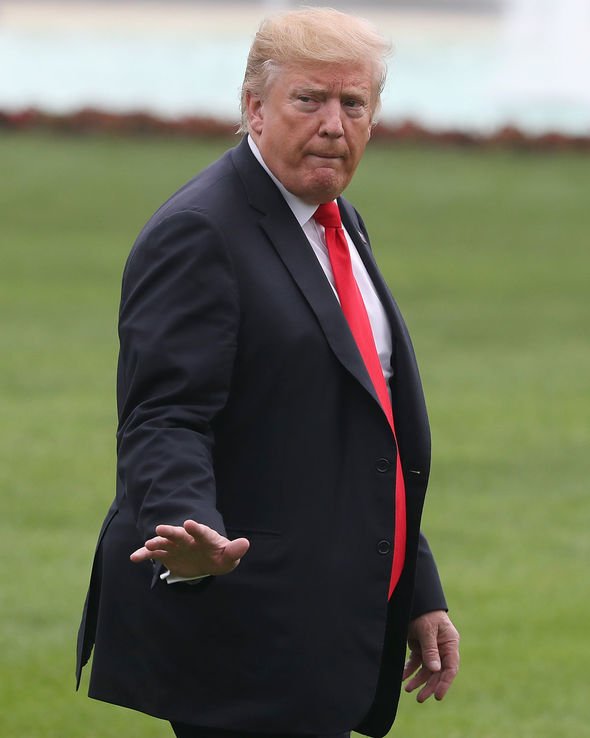 “Hopefully we’re not going to have to plan for that. And if we did that, we’d send a hell of a lot more troops than that,” he said, adding: “I’m sure that Iran will want to talk soon.”

It caused some experts to suggest his open aversion to foreign entanglement and military conflict had sent a signal to Tehran that it had free rein in the region.

“Recent intelligence is real and the UK is concerned about it,” said regional analyst Kyle Orton.

“Tehran has moved from merely monitoring Western installations to an more active phase. We saw it play out on attacks on shipping this week. There’s no serious doubt that Iran was behind them. It’s a case of whether Iran will go back to asserting itself in the front line which is iraq.” 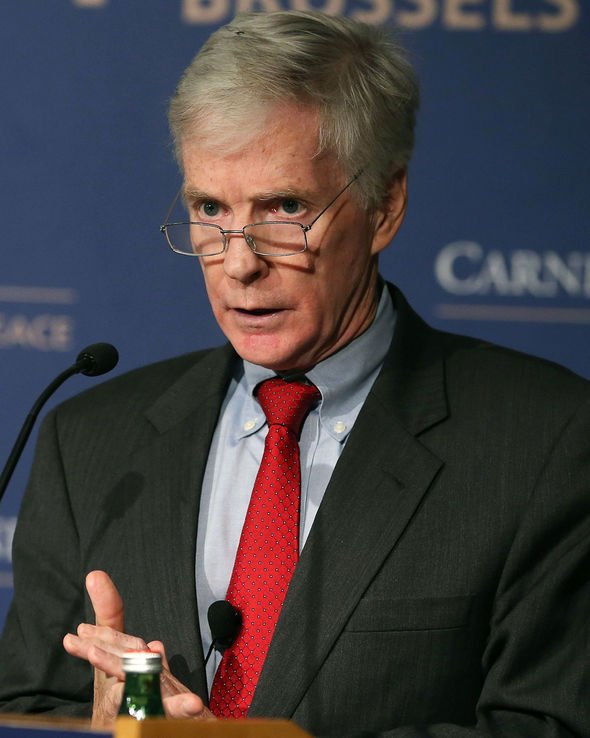 “Iran has very little restraint right now. It already has what it wants on the ground, and is already able to take cities in Iraq and southern Syria, even on Israel’s border,” he said.

“US policy has been to focus only on ISIS. Centcom (Coalition central command) said last year that if Iran wanted to take Eastern Syria, that would be okay.

“People in his administration realise he’s not going to do anything serious other than try to get what he calls a ‘better deal’. So Pompeo’s rhetoric can take him only so far.

“And there are those close to the Iranian regime who say one of the reasons Iran has acted at all against the Trump administration’s rhetorical escalations is to force him to show his hand. They’re calling his bluff.”

But seasoned US diplomat Amb Ryan Crocker warned that Iran should not underestimate Trump’s willingness to launch a military strike.

“It is very much the case that Trump is quite cautious in foreign affairs, particularly in respect to use of military force in other countries. Trump is highly transactional. US foreign policy is transactional,“ said the diplomat, a fluent Farsi speaker dubbed ‘America’s Lawrence of Arabia’ after serving as US ambassador to Lebanon, Kuwait, Syria, Pakistan, Iraq and Afghanistan.

“But I hope the Iranians don’t misunderstand. It would be a dangerous mistake to interpreted this to mean they have a free hand and that Trump will not resort to military action.

“He’s not a pacifist, he just has a very high threshold, and that’s a good thing. 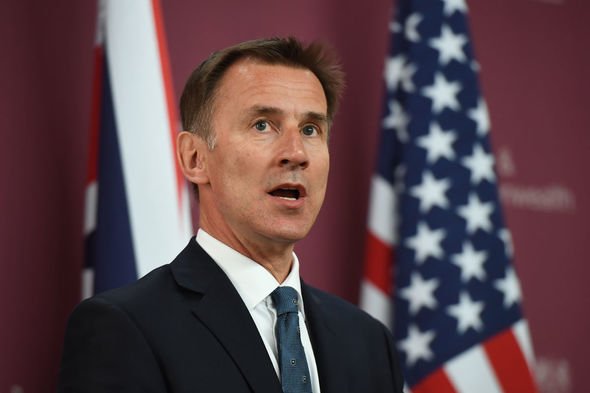 “HIs correction that it would take a much larger force to counter Iran was correct, and should leave Iran more, not less, worried.”

Last night a British military source said: “The Iranians watch and record everything that transits through the Strait of Hormuz – we are doing the same, no more.

“The Strait is regularly packed with hundreds of small vessels and could easily be closed down with suicide boats.

“This is a waterway where 80 per cent of the UK gas and much of our oil passes from the Gulf to Europe.”

Enjoy Every Second of a Quest Room

Is Preston going to be put into lockdown?

Facebook gives employees $1,000 as it extends remote work to July 2021

It’s looking like Big Tech isn’t going back to the office any time soon.Facebook this week announced that it will allow its employees to work...