US Secretary of State Mike Pompeo insisted the measures which were suspended as part of a 2015 nuclear deal with Tehran were now back in force despite opposition from allies who have rejected the move as invalid. Mr Pompeo announced the US had re-imposed international sanctions using a so-called “snapback” mechanism in the Joint Comprehensive Plan of Action (JCPOA).

But the other JCPOA signatories and the UN Security Council said Washington gave up its rights to use JCPOA rules against Iran when Donald Trump pulled out of the accord in 2018.

Iranian President Hassan Rouhani thanked other nations for resisting Washington and claimed Mr Trump’s “maximum pressure” campaign against Iran had led to the isolation of his administration. 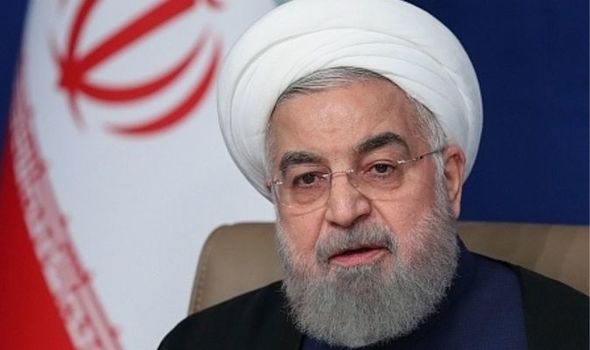 Mr Rouhani described the effort to reimpose sanctions as “illegal and incorrect” and warned Washington will face consequences for its unilateralism.

He said: “We can say that the maximum US pressure against the Iranian nation in the political and legal fields has not only failed but also turned into the maximum isolation of the United States.”

The other JCPOA signatories — the UK, Russia, China, France, Germany and the European Union — have stood by the deal and condemned Mr Trump’s efforts to undermine it.

Mr Rouhani singled out Russia and China as “two friendly countries, praising them for “standing firm against the irrationality of the United States, both in the past and the present”. 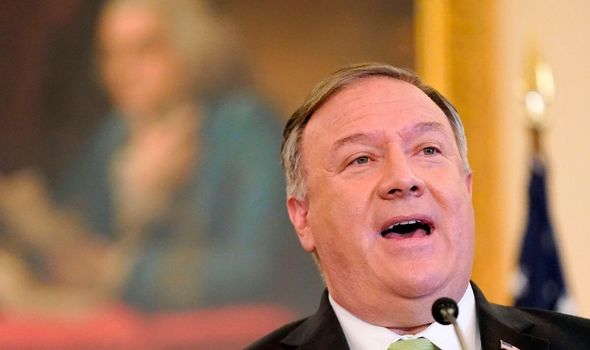 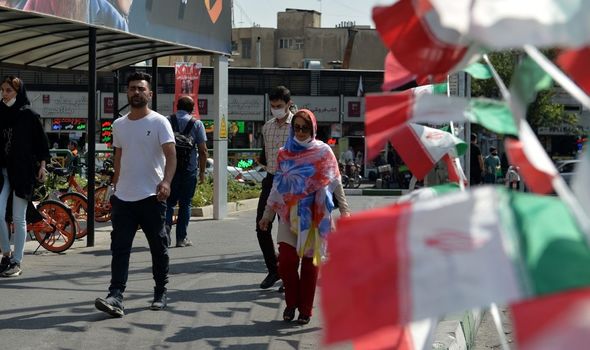 Mr Zarif, well-known for his frank and mocking remarks on the Trump administration, described US officials as “mythomaniacs who just can’t help themselves in their pathological lying”.

He said Mr Trump’s team “actually get lost in their own web of deceit” and warned: “Donald Trump should change tack before Mike Pompeo further turns ‘Make America Great Again’ into a global laughing stock.”

The foreign ministers from Britain, France and Germany released a joint statement saying US efforts to impose sanctions was legally void. 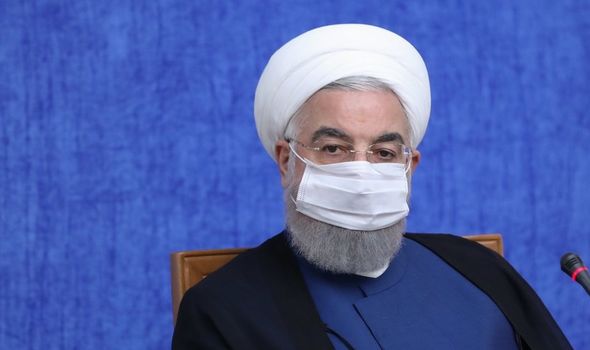 The statement said: “The USA ceased to be a participant in the JCPOA following their withdrawal from the agreement on 8 May, 2018.

“Consequently, the notification received from the US and transmitted to the member states of the Security Council, has no legal effect.

“It follows that any decision or action which would be taken on the basis of this procedure or its outcome have no legal effect.”

The European group said it remains committed to the JCPOA and has written to the UN Security Council challenging the Washington’s right to unilaterally reimpose sanctions in the UN’s name.

Thirteen of the UN Security Council’s 15 members said they did consider the US move valid.

Russian foreign minister Sergey Lavrov said it viewed US sanctions against countries who partner with Iran as illegal.

DON’T MISS
World War 3 MAPPED: The SIX places where WW3 could break out in 2020[MAP]
Iran says US sanctions are ‘ruining’ MILLIONS of lives [IRAN]
Iran threat: Tehran warns US of ‘strategic mistake’ after Trump pledge[FOCUS] 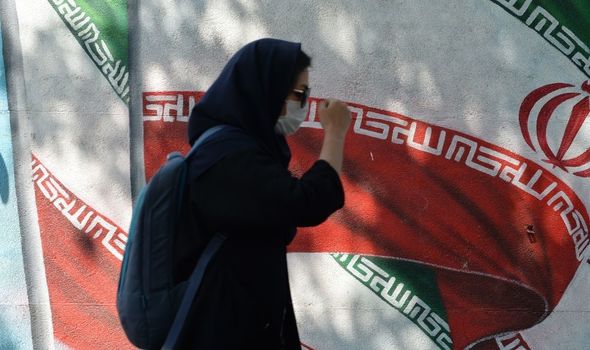 Mr Trump pulled the US out of the Iran deal more than two years accusing the Islamic Republic of violating its terms by pursuing a nuclear weapons program.

The US President wants more restrictive nuclear deal with Iran, which would include limits on its ballistic missile program and regional influence.

He has called on Iran to “make the big deal” before the November presidential elections but Tehran has repeatedly dismissed any suggestion of new talks.

Earlier today, PayPal confirmed that it would be adding crypto payments to its global platform over coming months. The rollout will begin in the United States, where...

The London Stock Exchange (LSE)-listed company, Mode Global Holdings PLC, is assigning 10 percent of their cash reserves to purchase Bitcoin. This is part of...

An illustrator with 723,000 Instagram followers used social media to make art his full-time job. Here's his formula for building a fanbase and landing collaborations with stars like Post Malone.

Michigan-based illustrator Micah Ulrich has built a passionate online following for his dark and mystical drawings, leading him to land collaborations with artists like gothic...

Bitcoin Spikes to $12,850, Burning Over $75 Million in Futures Contracts

Bitcoin is exploding higher on the back of two extremely positive fundamental events: PayPal adding support for cryptocurrency and the U.S. confirming an imminent fiscal...

Senator Mitch McConnell, the majority leader, privately told Republican senators on Tuesday that he had warned the White House not to strike a pre-election deal...

'We've been thrown under a bus': Fury in Sheffield and Manchester as cities are plunged into Tier 3 lockdown and frustrated pubs reveal how they've...

An illustrator with 723,000 Instagram followers used social media to make art his full-time job. Here's his formula for building a fanbase and landing collaborations with stars like Post Malone.

Bitcoin Spikes to $12,850, Burning Over $75 Million in Futures Contracts