The options for getting from the Kazakh capital of Nur-Sultan to Almaty, with Almaty’s airport shut, aren’t great. Eighteen hours by car or a 15 hour train ride. Except there aren’t enough seats on the faster train so it ends up being 20.

Outside, the Kazakh Steppe region flashes past, frozen, featureless and muddy. This part of the world has a habit of massively over-heating its interiors when it’s cold outside and in those stifling train compartments, even the frozen Steppe seems appealing.

Almaty is back on its feet and on the move. The train station is bustling. Traffic is in full flow. We see shop-sellers glued to their phones, catching up after six days of internet outage. It’s the same story for a lot of the contacts we call.

One says: “I can’t meet today, I’ve only just got back online – I’ve a lot of catching up to do!”

And of course, there’s the 11pm curfew. The whole country is still under a state of emergency. Alcohol isn’t available to buy in shops. Our hotel has its own curfew of 8pm and there are no lights in the lobby. We thought we’d come to the wrong place.

Almaty’s residents are emerging, blinking into the streetlight.

Bekzat Malkashdarova sings as she walks down the central Arbat street where six days ago looters were raiding the city’s top department store.

I ask her how the past week’s been. 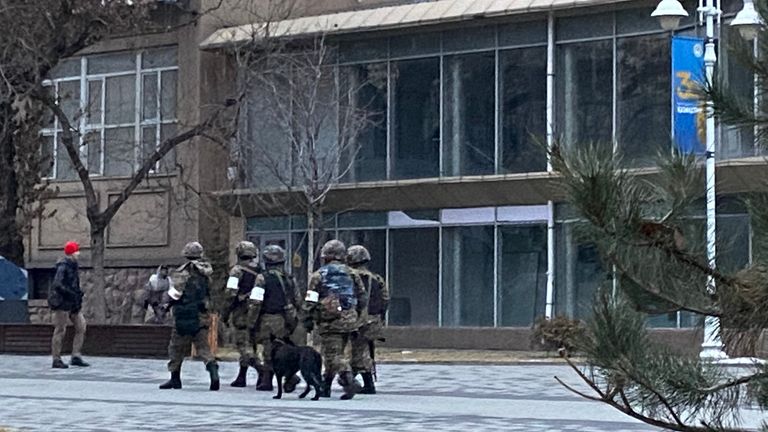 “We were at home the whole time, without internet but we did have enough food,” she says.

“We’ve only started coming out the last day or so.”

President Tokayev has called last week’s unrest a coup, an act of aggression against the state of Kazakhstan by international terrorists. I want to know whether people believe him.

“It wasn’t Kazakhs, it was foreigners,” says one shop assistant we ask.

Our driver also thinks it’s entirely possible. It seems the president’s justification for calling on Russia’s help to get him out of a very tight corner has a receptive audience. 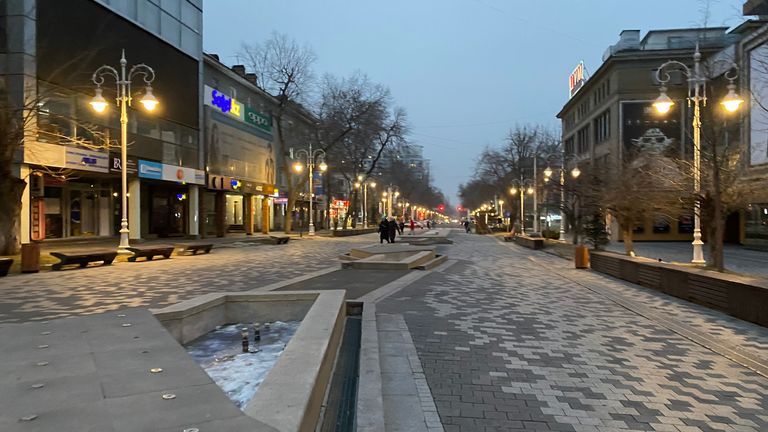 A system which allowed a few individuals to gain untold wealth

“It was a coup orchestrated by the security services,” says Fyodor, a homeless man who’s desperate to talk.

He’s a builder but has spent the last six years on the street and he understands why people went out to protest.

“People are poor here,” he says.

“There are no properly paid jobs but there are jobs which are paid pennies.”

President Tokayev has criticised his predecessor, long-time Kazakh leader Nursultan Nazarbaev, for presiding over a system which allowed a few individuals to gain untold wealth, even by international standards.

He has called on them to pay their dues to the people. 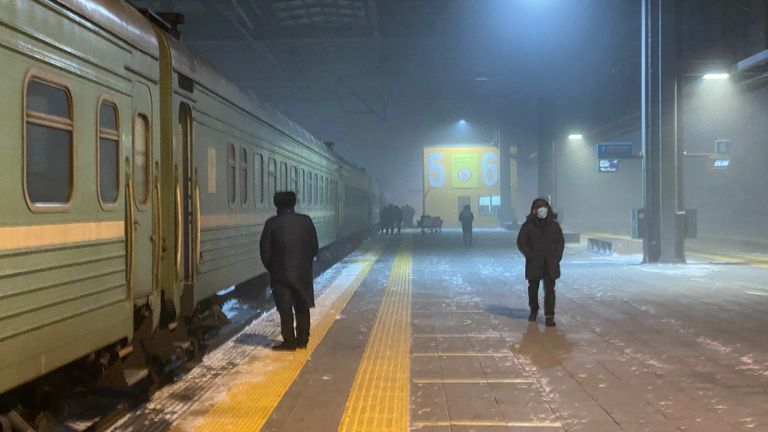 The question is how far Kassym-Jomart Tokayev is a part of that system himself. Whether this new year rupture has the ability to grow roots or if Kazakhstan will revert to more of the same.

In the meantime there are 10,000 people who won’t sleep at home tonight, detained – some missing – for participating in the protests. And there are the families of the 164 people reported dead in the violence, including a four-year-old girl.

For them, nothing will ever be the same again.