PROSECUTORS in Russia have launched a probe into a chilling circus performance featuring a monkey in Nazi uniform and a goats parading in swastikas.

The bizarre show – caught on video – was commissioned by the Russian Orthodox Church. 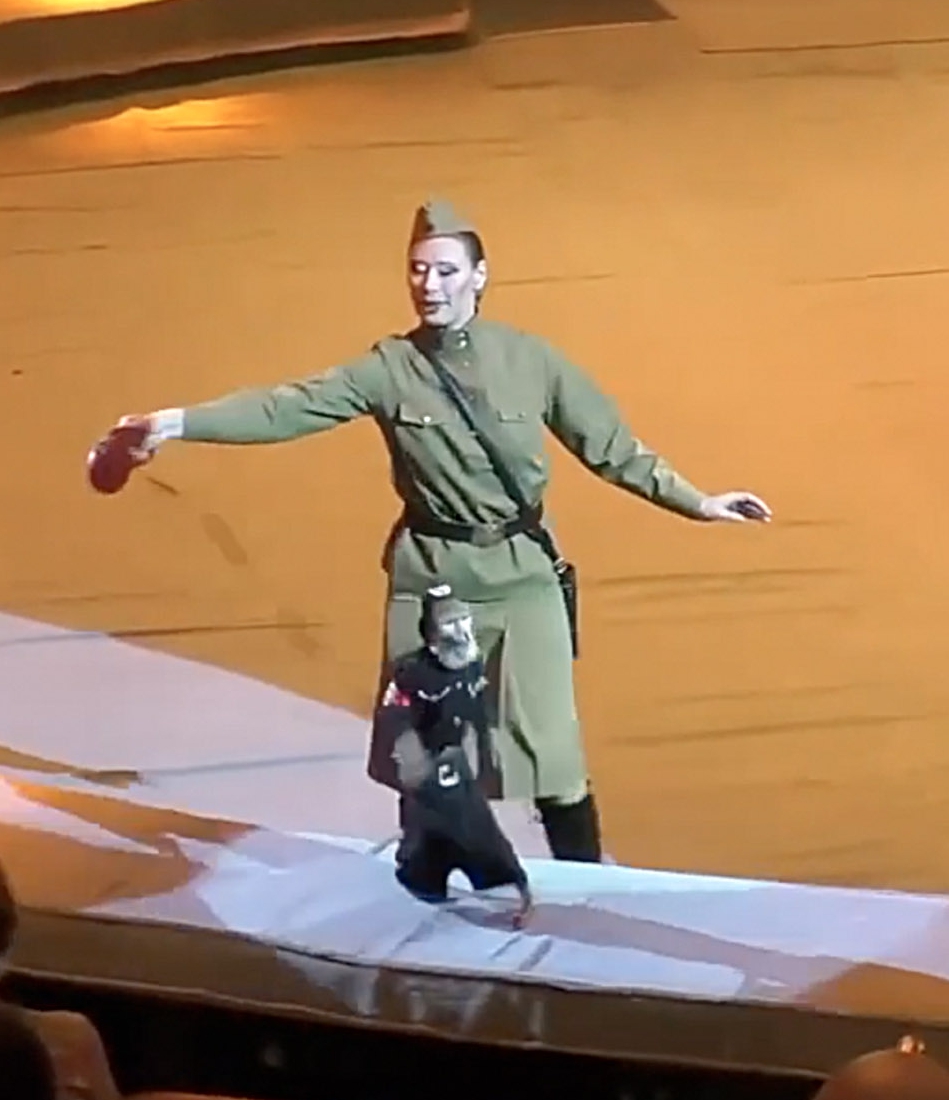 The performance, watched by children, showed the animals under the control of trainers dressed in Soviet uniforms.

Russian law normally bans the display of Nazi symbols but last year Vladimir Putin signed an exemption when they are shown in a negative way.

The performance was in the State Circus of Udmurtia in Izhevsk, a city famed as the headquarters of the Kalashnikov weapons plant.

Police and prosecutors are checking the show, which coincided with celebrations of Russian Orthodox Christmas last week.

The circus and the church have since argued that the goats – with “capes” displaying the swastika – and a monkey in Nazi uniform were showing the Soviet victory over Hitler.

But when critical comments appeared, pictures were removed from websites.

The church said: “The performance of trainers wearing Soviet military uniforms with animals carrying Nazi symbols was used as an image not only of victory over fascism.”

It also highlighted “worldwide condemnation of the ideals of Nazi Germany. 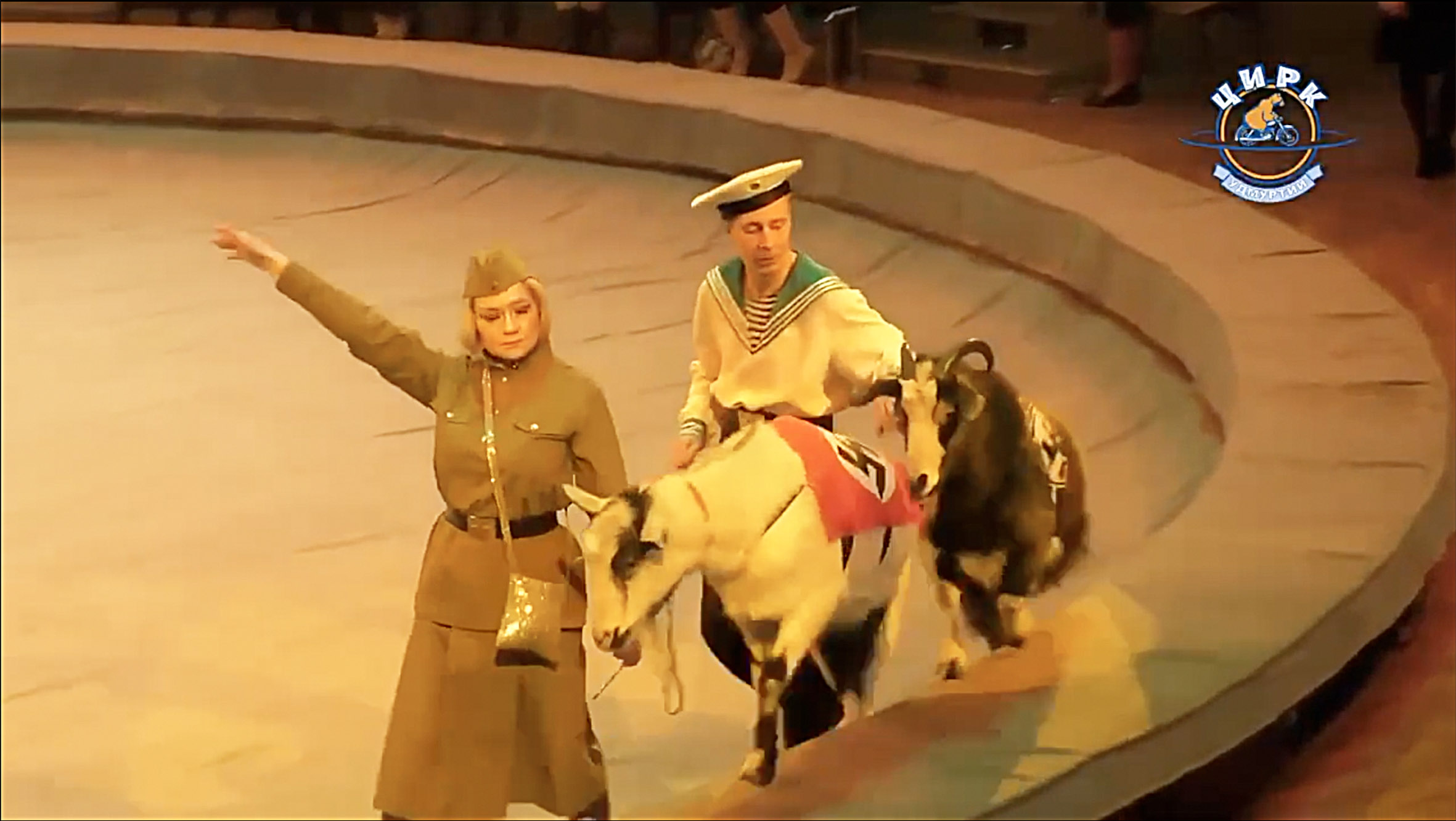 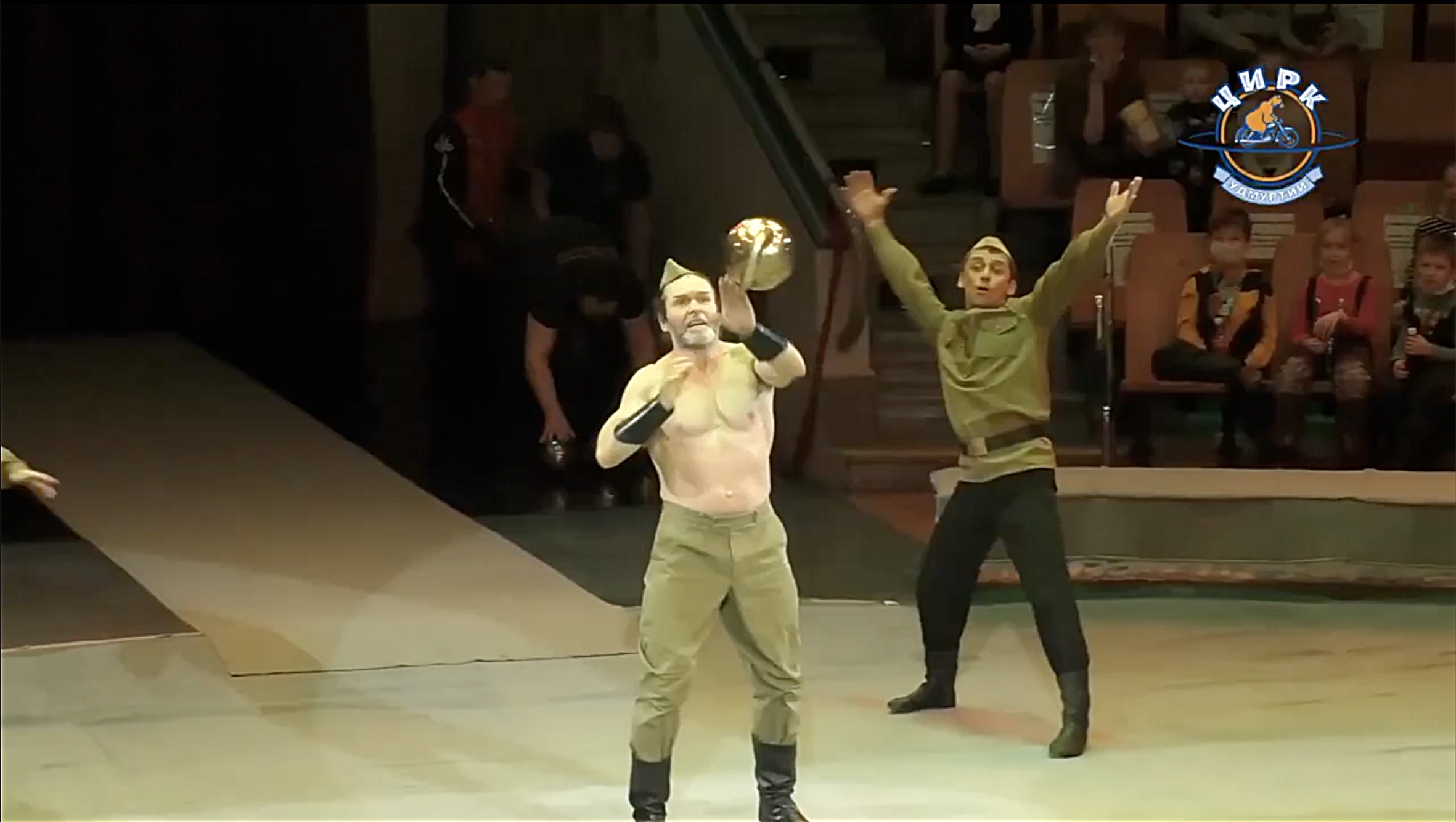 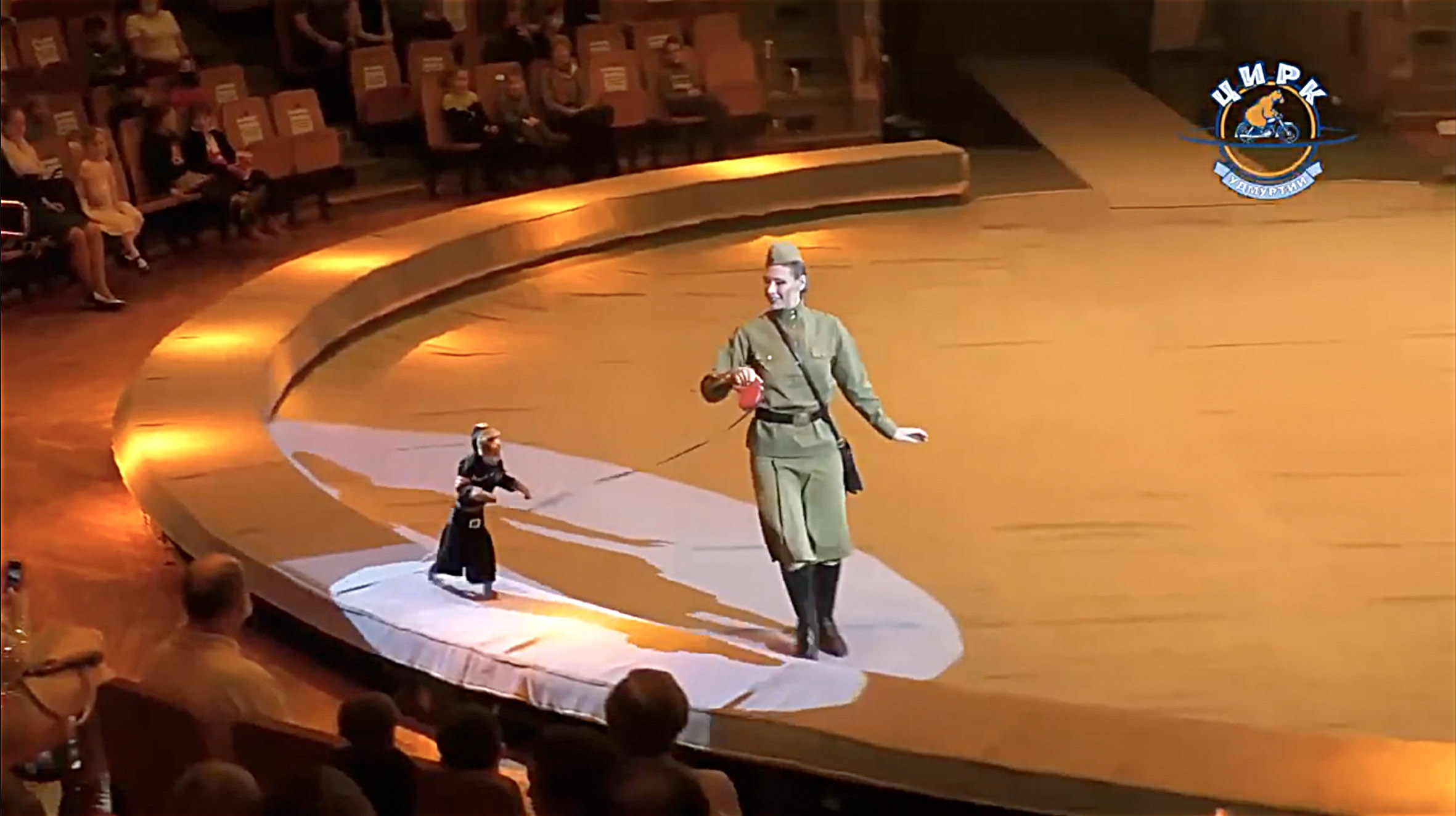 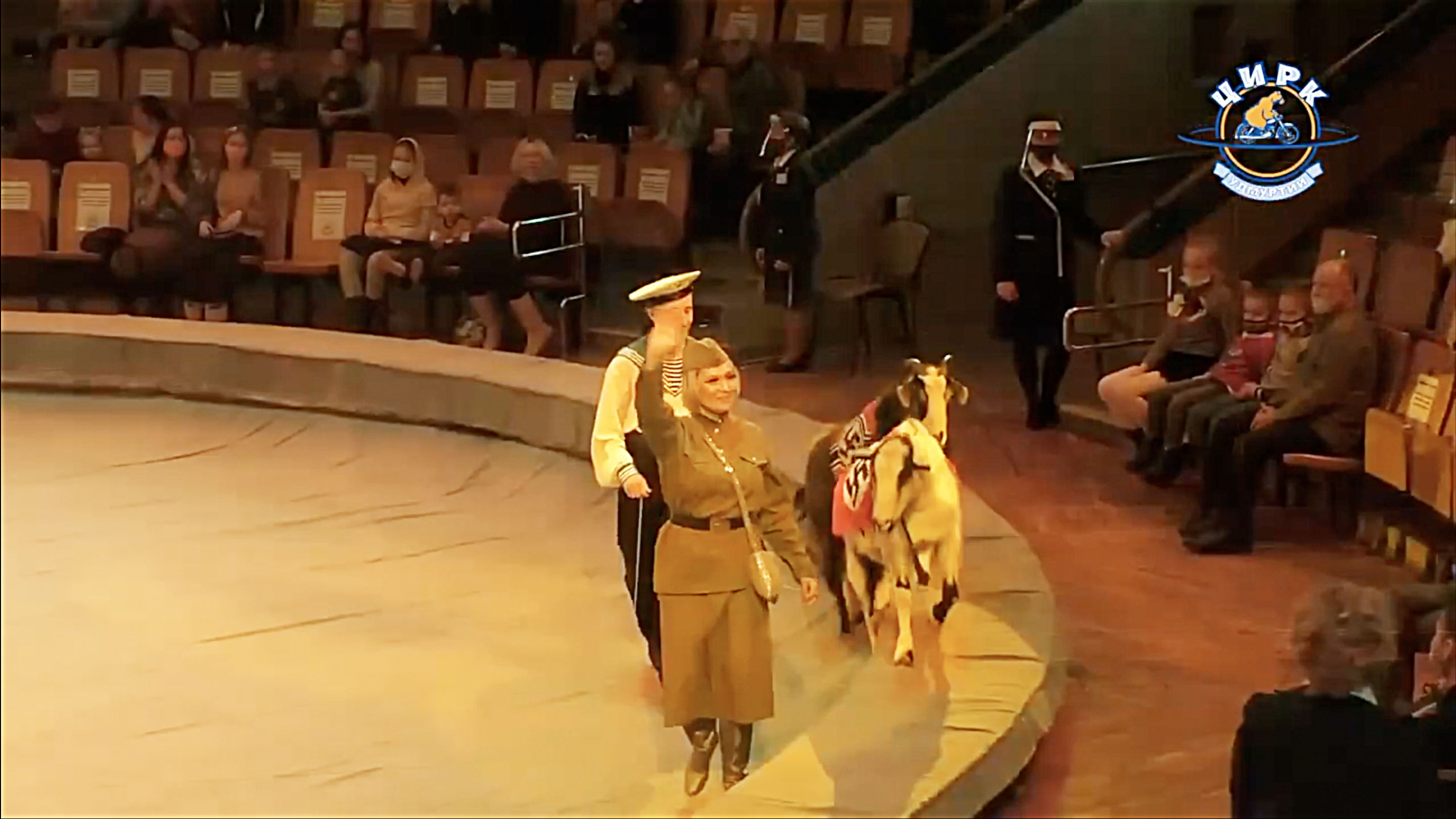 “You need to understand that a special feature of circus art is entertainment, and there is nothing surprising in the fact that the images used in it have an ironic and sometimes even grotesque character.”

The show depicted a turning point in the battle to save Moscow from the Nazis in January 1942, it was claimed.

The circus said the show had been ordered by the church and “trainers in the form of Red Army soldiers chase trained animals wearing Nazi symbols”.

Both the church and the circus claim they have committed no crime because the Nazi symbols are not used for propaganda.

Rashid Khusnutdinov, chairman of the public chamber of Udmurtia, said: “The unnatural and misanthropic nature of Nazism should in no way be hushed up.

“For these purposes, the law allows the use of Nazi symbols.

“For example, we see this in a number of wonderful Soviet films about the Great Patriotic (Second World) War.”

Prosecutors have not yet commented on their investigation. 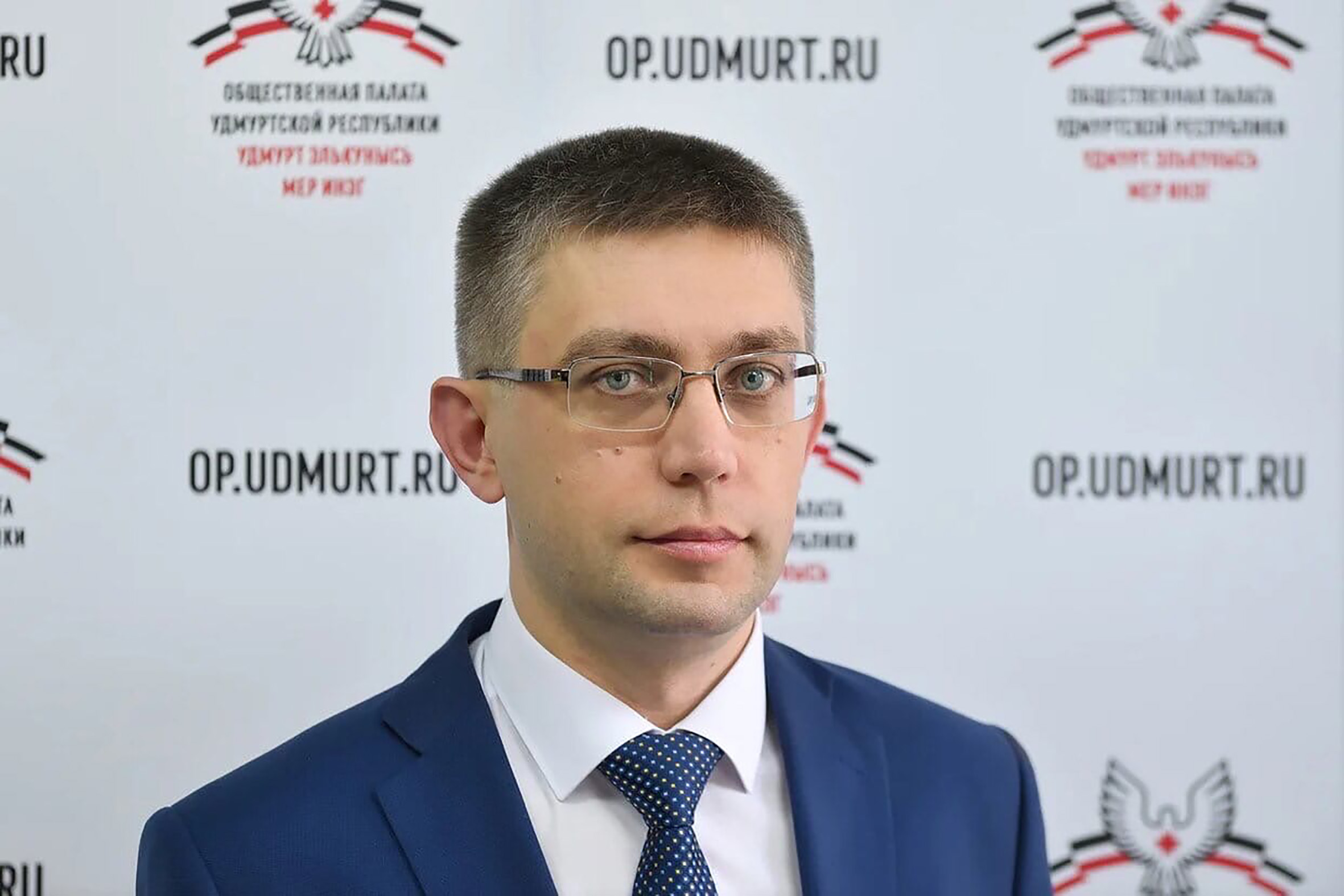 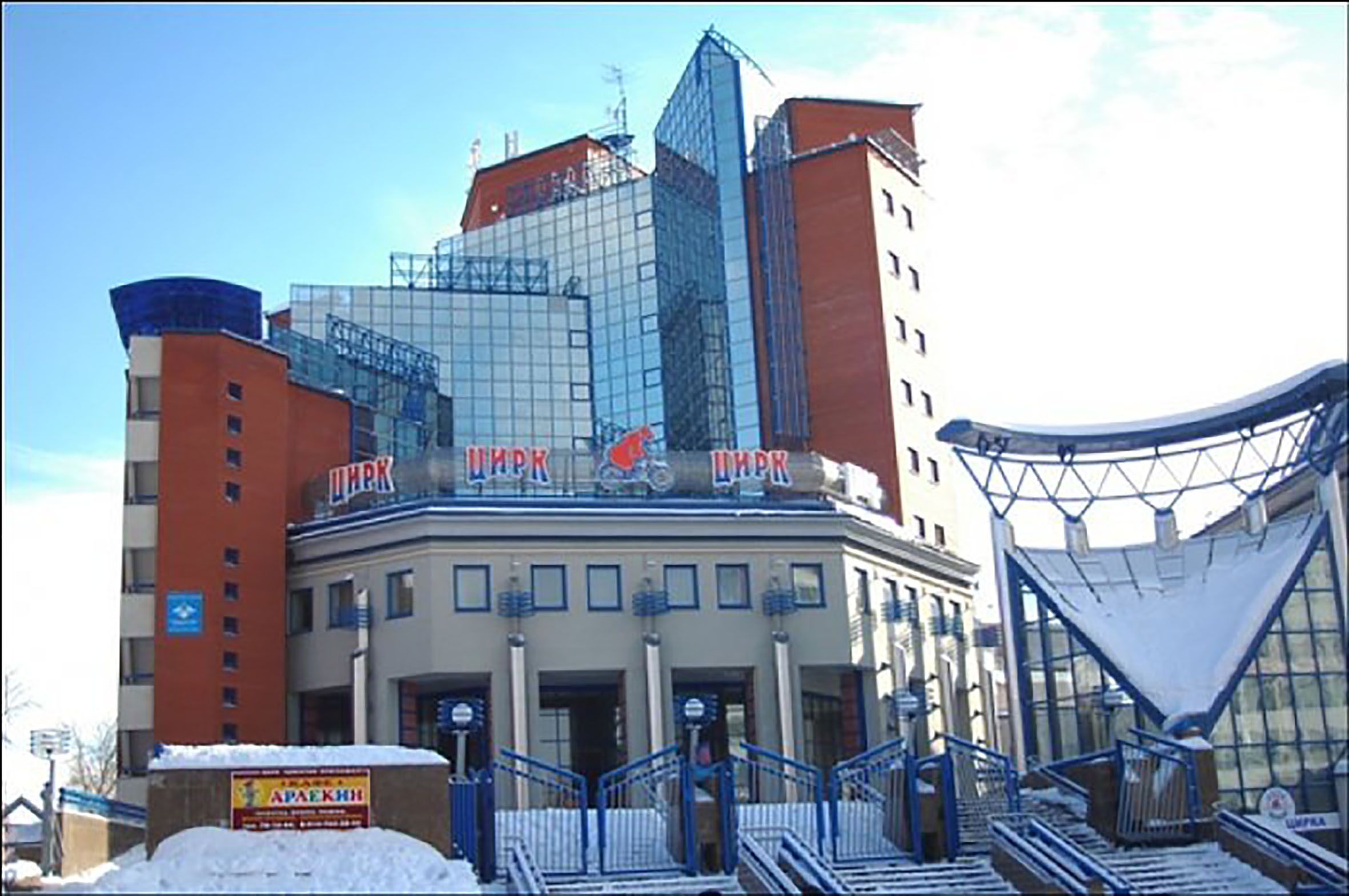 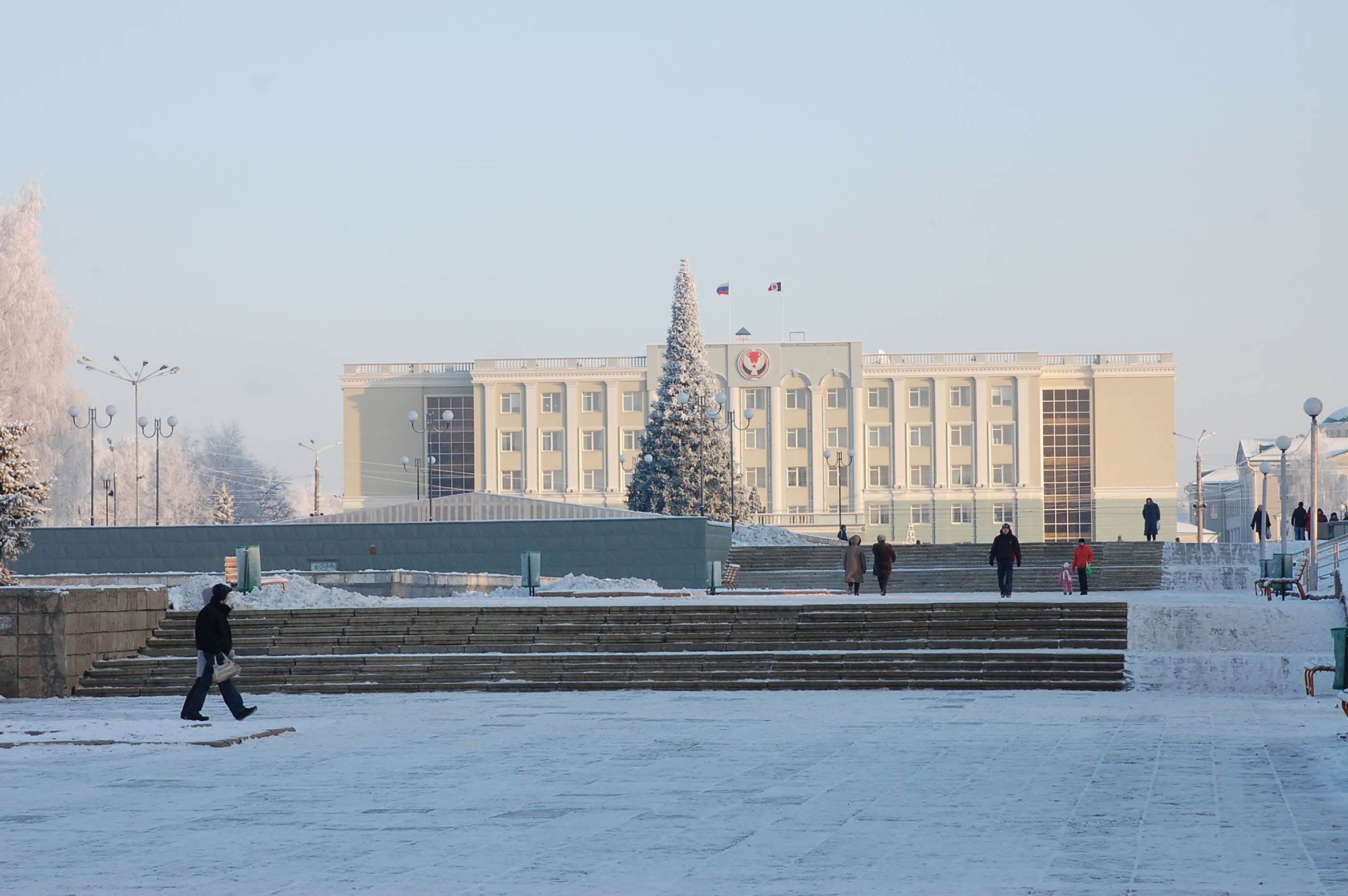