A modern pandemic has got in the way of Victoria’s trailblazing search for justice for the oldest living culture on Earth.

The Yoo-rrook Justice Commission, established to shed light on the colonisation of Victoria and the resulting oppression and abuses of the state’s Aboriginal people, has been planning for weeks to begin introducing itself to communities across the state. 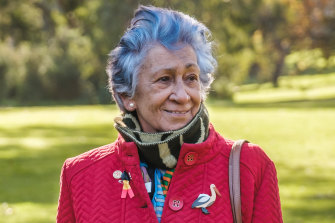 Professor Eleanor Bourke, chair of the Yoo-rrook Justice Commission, says she wants to find people who “can tell a story or sing a song” about their lives.

But precisely when the five commissioners will be able to travel to the far reaches of Victoria to hold a series of planned “town hall” meetings remains difficult to predict, as the coronavirus pandemic continues to force unexpected lockdowns across the state.

The Yoo-rrook Justice Commission is Australia’s first and only formal truth-telling process into injustices experienced by First Peoples since colonisation. It has been established to investigate historical and ongoing injustices perpetrated by state and non-state entities.

Established with the powers of a royal commission, Yoo-rrook’s investigations are expected to range across cultural violations and massacres, policing and criminal justice, child protection, family and welfare matters, health and healthcare, and other areas of economic, social and political life.

The commission has three years to carry out its work and is expected to deliver an interim report within 12 months – a timetable that now appears to be at the whim of the pandemic. 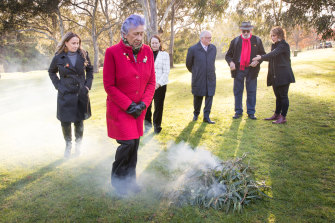 Professor Bourke at a ceremony for the announcement of commissioners.Credit:Jason South

The chair of the Yoo-rrook commission, Professor Eleanor Bourke, said she had hoped commissioners would have by now begun meeting traditional owners, representatives of First Peoples and other Victorians.

But the past two state lockdowns had made travel impossible and despite the latest lockdown being lifted across regional Victoria on Monday, uncertainty about future restrictions had thrown planning into disarray.

Professor Bourke, who said she was determined to start the process as soon as possible, said it may be necessary to hold some initial meetings by Zoom.

The commissioners want to strengthen ties with Indigenous communities and raise awareness across Victoria of the Yoo-rrook process before official hearings begin.

“Yoo-rrook” means “truth” in Wemba Wemba/Wamba Wamba, an Aboriginal language spoken in and around the north-west region of Victoria.

The first of the meetings – to be called Yoo-rrook on Country – had been proposed to coincide with the United Nations International Day of the World’s Indigenous Peoples on Monday.

The proposed meetings are to be held in five regions covering the main First Nations of the state: north-east, north-west, south-east, south-west and metropolitan Victoria.

Professor Bourke, who is a Wergaia and Wamba Wamba elder, said meetings would not be restricted to Indigenous people.

“We want to introduce other Victorians to the work we are doing and to let them know how resilient our people have been and how we have survived,” she said.

Professor Bourke said she hoped to draw into the process people who may not have engaged with the wider community but who “can tell a story or sing a song” from their lives.

Tags: A, for, INDIGENOUS, Justice, quest