You might be able to lead a horse to water but as this Aussie found out there’s no chance of leading a water dragon out of it.

The man from Coffs Harbour, in northern New South Wales, filmed the moment he pulled a large water dragon from his pool – only for the lizard to leap straight back into the water.

Footage shows him bravely picking up the dragon by its tail after it became stuck inside the filter box of his swimming pool.

The water dragon had other ideas and managed to wiggle free off his grasp before diving back into the pool and swimming away. 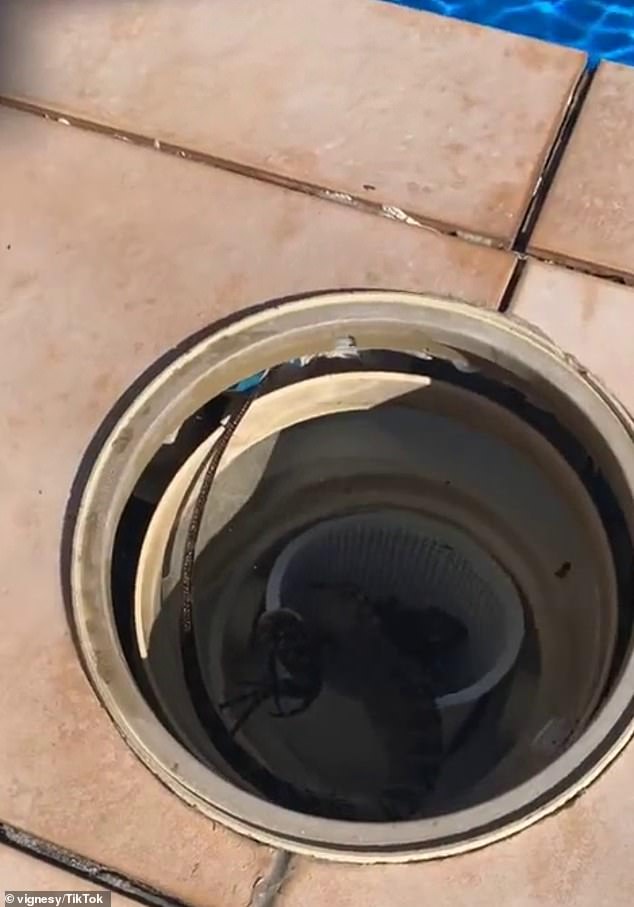 ‘Don’t you dare!’ the man is heard saying to the lizard as it cheekily escaped his grip.

The video received more than 290,000 views on TikTok with many commenting they too had water dragons stop by their homes unexpectedly.

‘Let me guess another day in Australia?’ one commented.

‘I have two of these as pets and they’re definitely not the smartest lizards,’ another said.

The eastern water dragon is found around Australia’s east coast and are the country’s largest dragon lizard.

Adult water dragons pack a painful bite and have extremely sharp claws but are known to be friendly towards humans.

They often dive into water to escape a threat and can stay submerged for up to an hour. 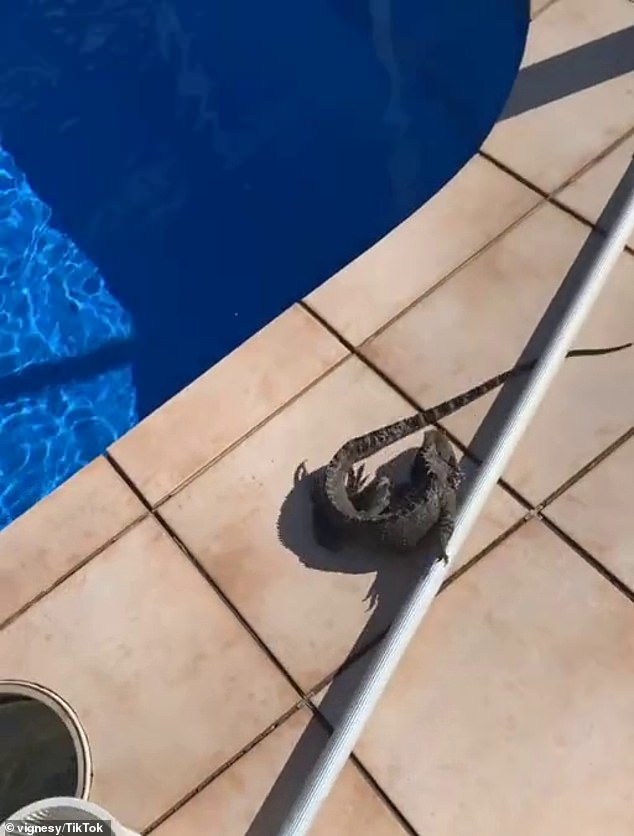