A NURSE fighting for her life in a 45-day Covid coma was saved after colleagues used VIAGRA to treat her.

Monica Almeida, 37, was just 72 hours from her ventilator being turned off when medics had the idea to use the erectile dysfunction drug. 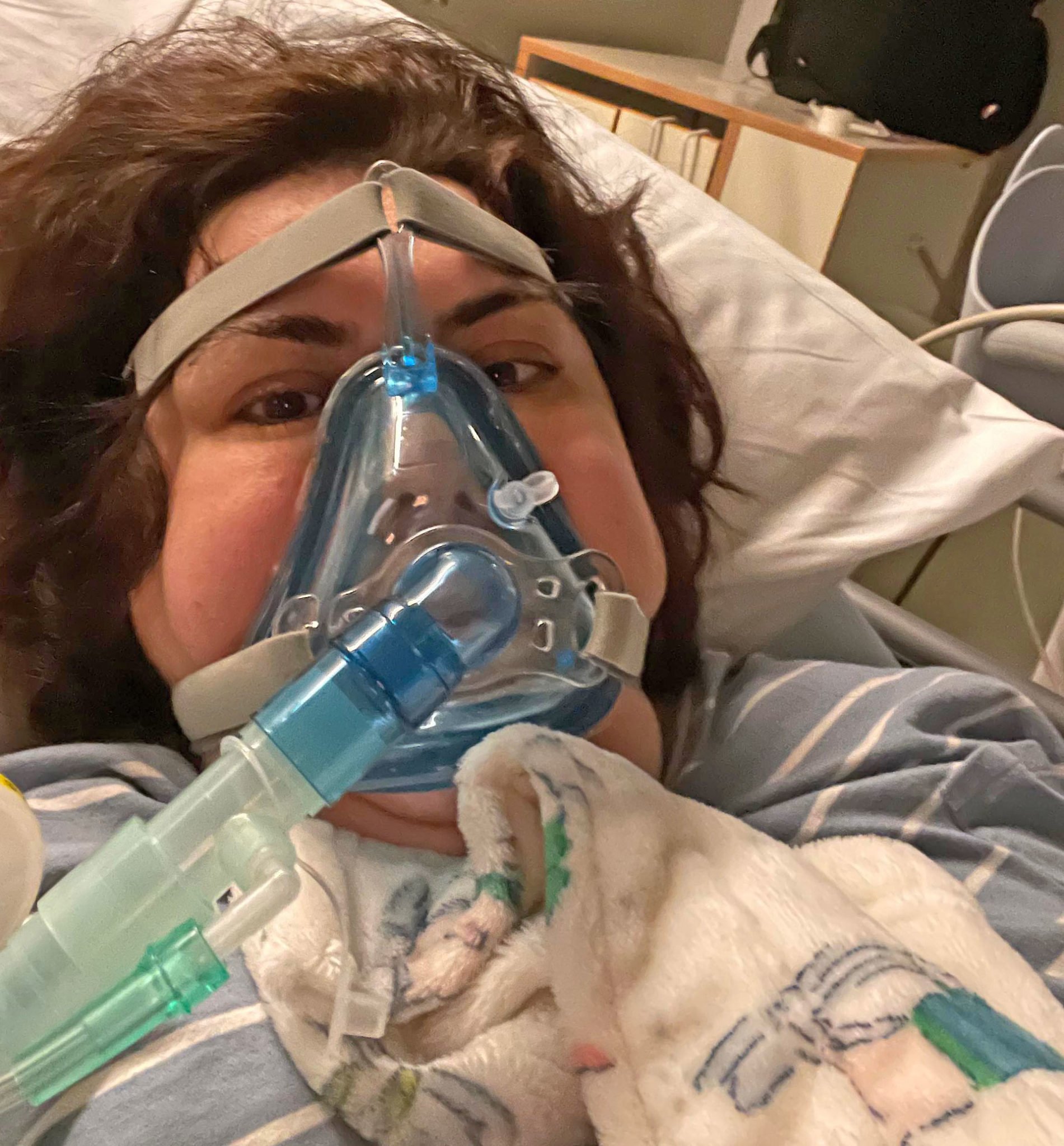 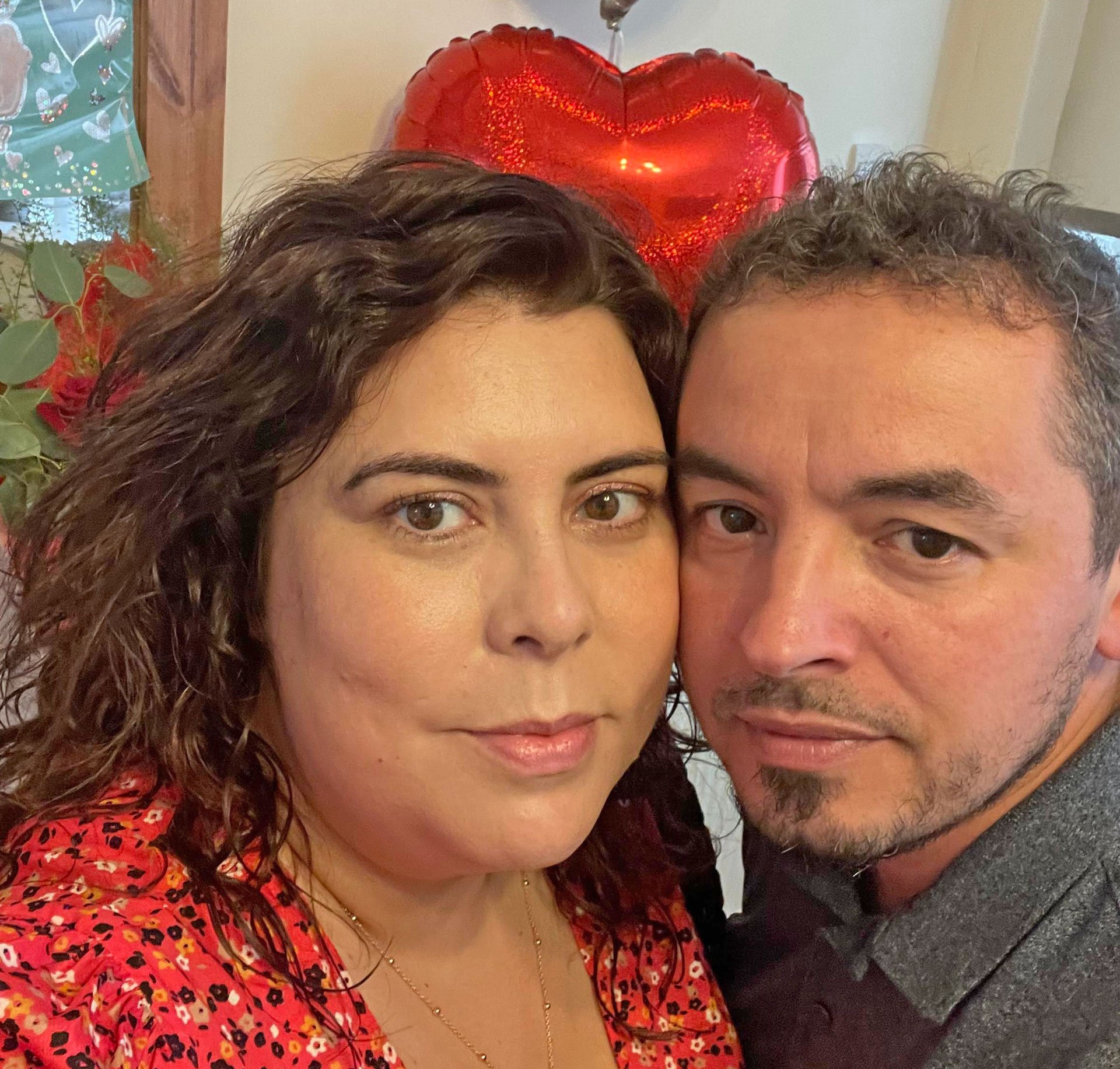 The level of oxygen the mum-of-two needed dropped by half and her condition improved after a week – meaning she made it home for Christmas.

Monica has now praised the quick-thinking doctors for using the drug, which helped opened up her airwaves.

The specialist respiratory nurse, from Gainsborough Lincs, said: "I had a little joke with the consultant after I came round because I knew him.

"He told me it was the Viagra, I laughed and thought he was joking, but he said 'no, really, you've had a large dose of Viagra.'

"It was my little Christmas miracle."

Monica, who treated Covid patients while working for NHS Lincolnshire, tested positive for the disease in October.

The double-jabbed mum had lost her sense of taste and smell and was coughing up blood by day four of her diagnosis.

After her oxygen levels dropped the next day, she went to hospital but was discharged with a prescription and no treatment.

🔵 Follow our Covid live blog for all the latest news & stories

Within just two hours of being home, Monica woke up unable to breathe and was rushed to Lincoln County Hospital where she went straight to the resuscitation room.

Medics battled to restore her oxygen levels to normal but her condition deteriorated and she was taken to ICU.

She was placed in a coma on November 16 with her condition so severe, her parents were told to fly from Portugal to England to say their goodbyes.

Monica said: "I could have been gone at just 37 years old, but I suppose I was a bit of a monkey and kept on fighting."

With the prognosis looking bleak, doctors decided to use the unusual treatment to help Monica.

Viagra has previously been banded around as a possible way to treat Covid patients as the little blue pill dilates blood vessels and opens the airways.

Scientists are carrying out tests to determine whether it can be used in the same way as inhaling nitric oxide, which can boost oxygen levels in the blood.

Viagra can be given to Brit coronavirus patients if they have agreed to be in a study to try experimental drugs.

'THE VIAGRA SAVED ME'

Monica said: "It was definitely the Viagra that saved me.

"Within 48 hours it opened up my airwaves and my lungs started to respond.

"If you think how the drug works, it expands your blood vessels.

"I have asthma and my air sacks needed a little help."

The mum is now recovering at her home with her husband Artur and two sons aged nine and 14.

She is now urging people to get the vaccine after being told she would have died if she hadn't been jabbed.

Covid booster jabs offer the best chance to get through the pandemic, health officials have repeatedly said.

The Sun's Jabs Army campaign is helping get the vital extra vaccines in Brits' arms to ward off the need for any new restrictions.

Monica said: “There are people out there saying the vaccine has killed people. I’m not denying there are people who react and get poorly with the vaccine, but when we look at the amount of deaths we have in unvaccinated people there is a big message there to have your jab.

“It does worry me, especially in Lincolnshire, that people are against having the vaccine.

"I never expected at 37 years of age to get as ill as I did. I never thought this would happen to me and I want people to take it more seriously." 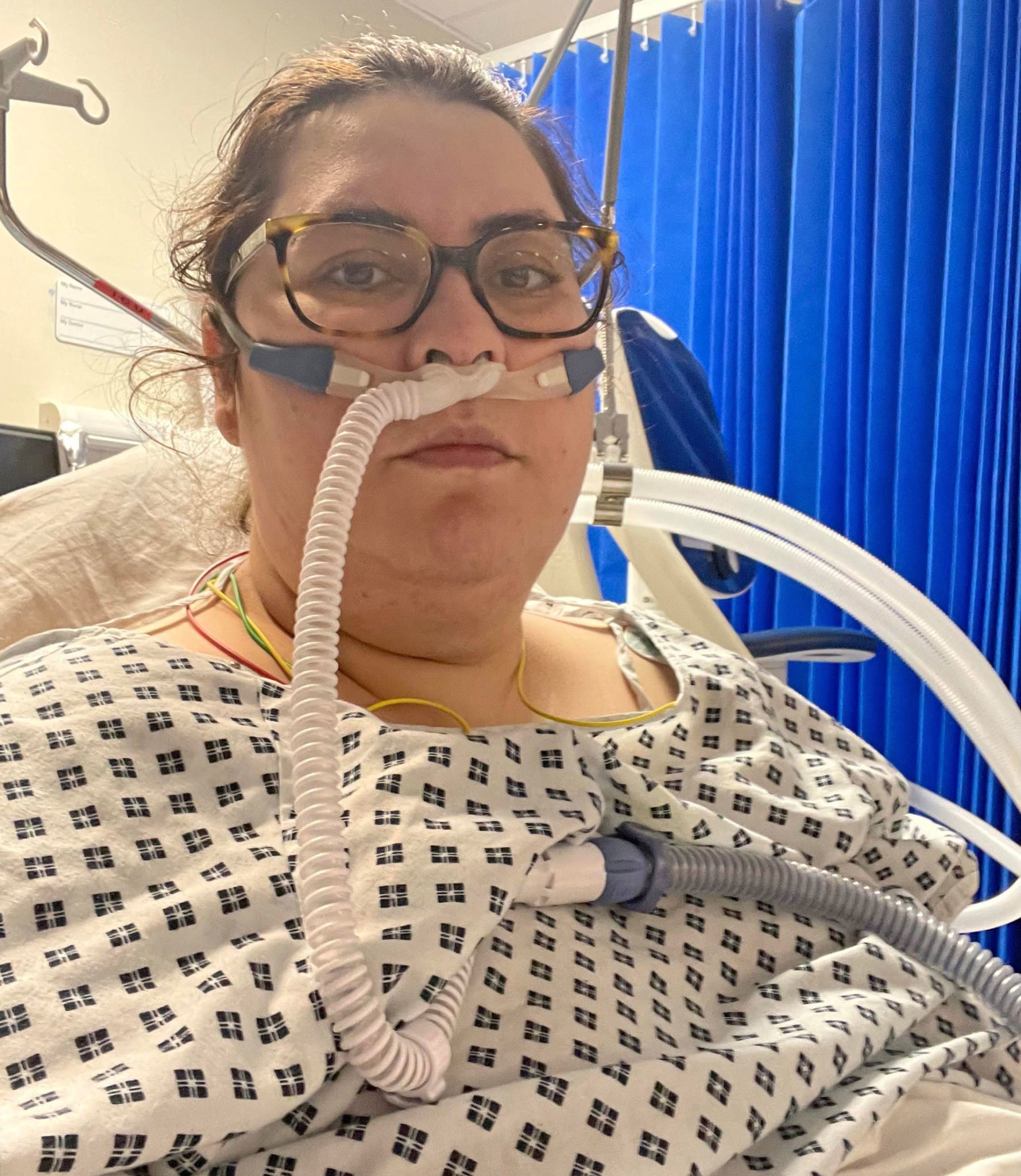 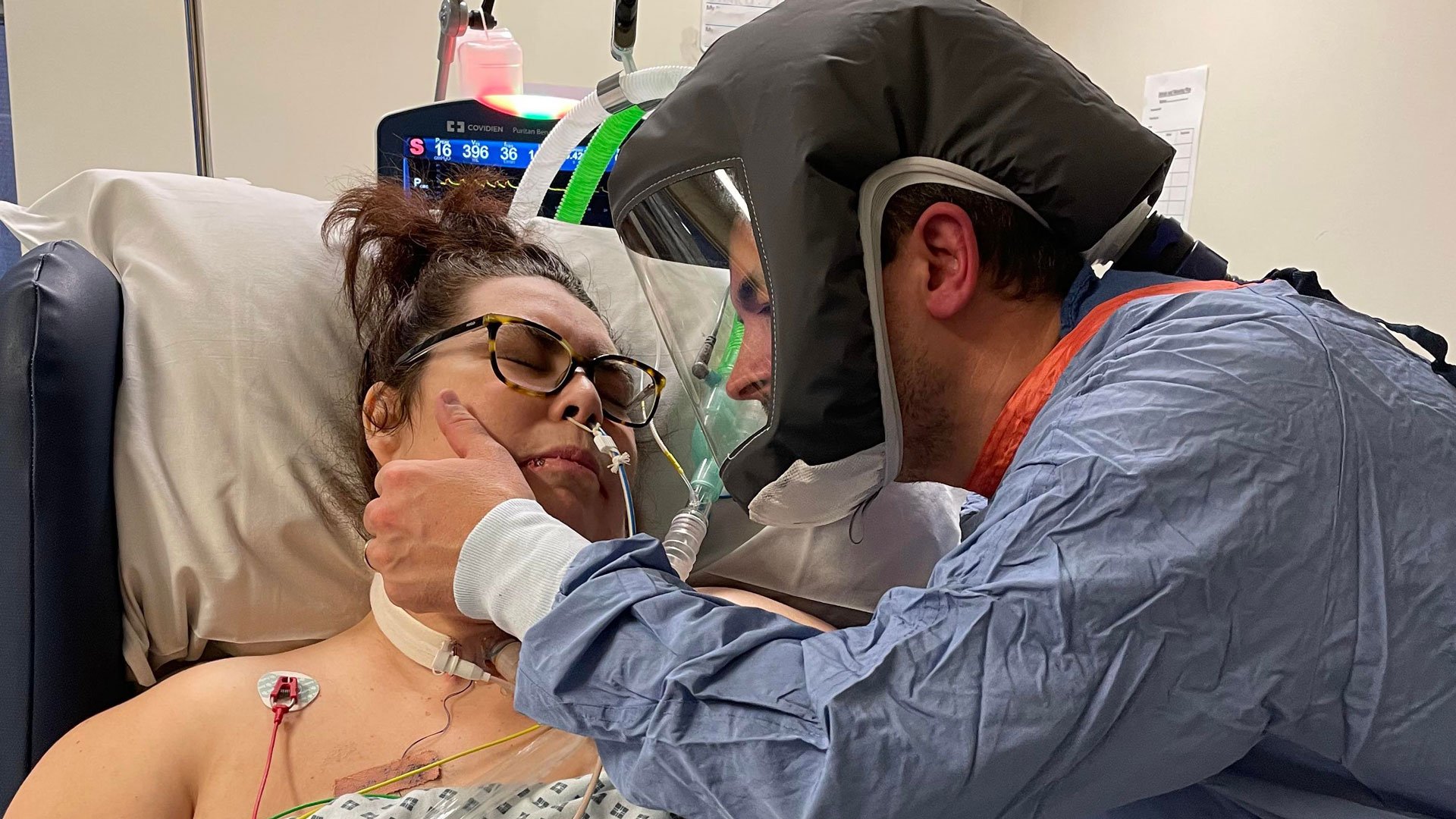 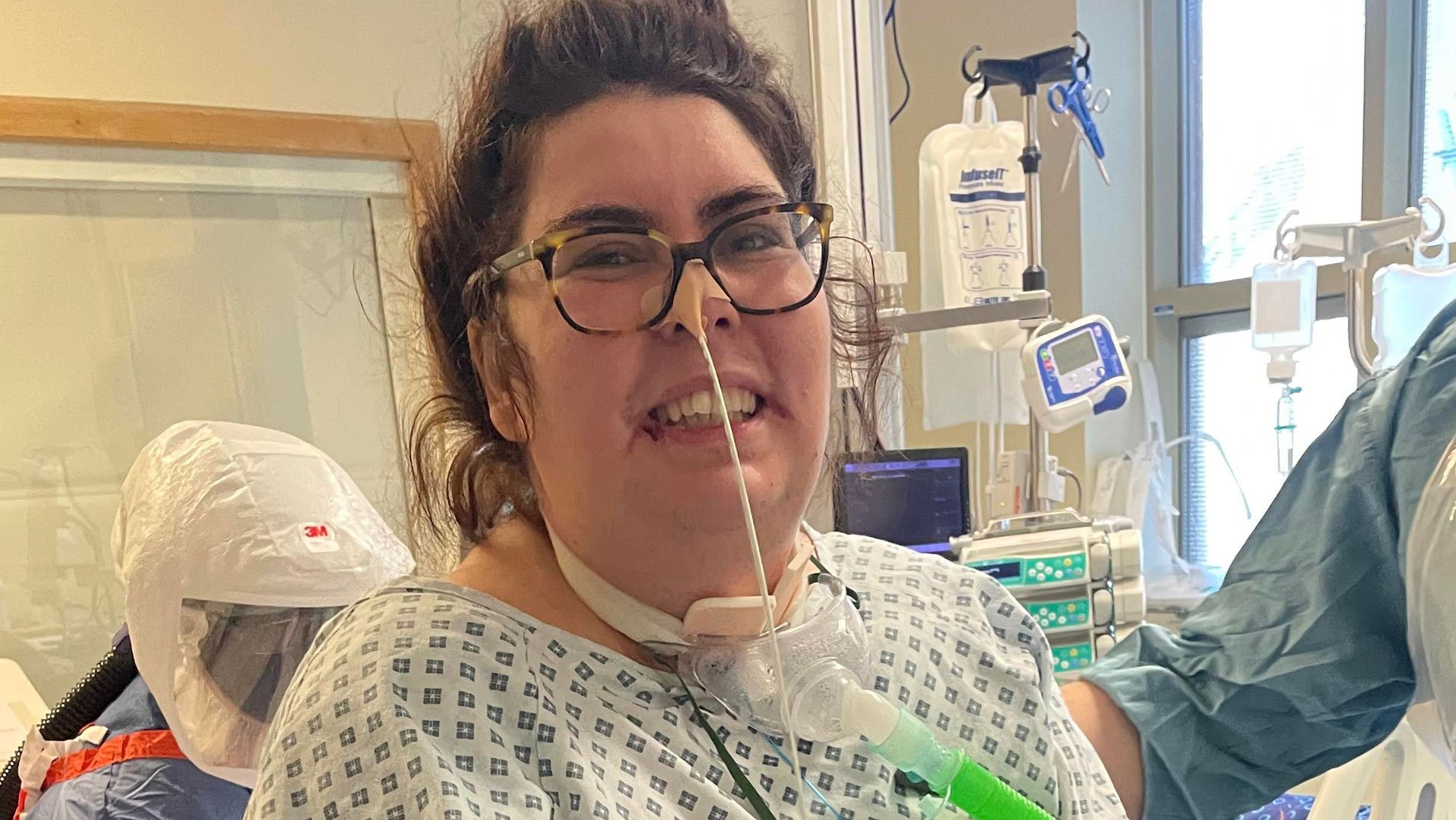