Like thousands of sexual assault victim-survivors in Australia every year, 22-year-old Hannah* had little chance of seeing her perpetrator charged, much less put behind bars.

After her relationship of 2½ years ended, Hannah realised her ex-boyfriend had filmed the couple having sex without her consent.She felt violated and traumatised, and to this day doesn’t know where else the video ended up. 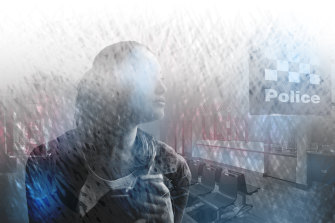 When the university student was told by police that pressing charges against her ex-boyfriend over the video wasn’t likely to end in much more than a caution for him, she decided to opt for restorative justice, a process where victims can confront their perpetrators in a controlled environment.

“With restorative justice, the questions aren’t so much about what can be proved and what laws have been broken,” says Nareeda Lewers from the RMIT Centre for Innovative Justice.

“It’s about who has been harmed and how can we respond to that in a way that recognises their experience and is beneficial to them.”

Lewers was once a criminal defence lawyer and has seen first-hand the limitations of the criminal justice process. Now she runs a program out of the university centre which offers restorative justice for a number of crimes, including some sexual offences. 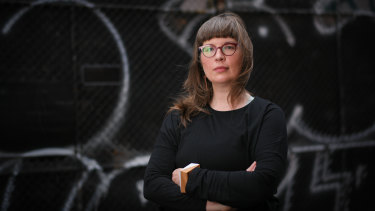 She wants to see restorative justice formally recognised and endorsed by police and the courts, and more investment to offer it to any Victorian victim-survivor who wants it.

“We’re very new and there’s definitely more work to be done in making it visible and more embedded in the formal system,” she says.

The difficulty in obtaining a conviction for a sexual crime is self-evident in the data. There were 26,892 victim-survivors of sexual assault in Australia in 2019 who reported to police, according to the ABS. But criminal court data shows there were 10,132 defendants against sexual assault charges who had their case finalised in 2018-19. Of those defendants, only 4436 were found guilty.

And for such a common crime – it’s believed more than 180,000 people experience sexual assault each year – even those whose cases meet the standard of being able to be prosecuted are often left feeling like their trauma is not addressed. That’s where advocates say restorative justice can step in.

State Attorney-General Jaclyn Symes is set to receive a crucial report next month recommending the state embrace restorative justice for victim-survivors of sexual assault. Options available to Victoria include a model already in place in the ACT, where Hannah previously lived, since late 2018.

In Hannah’s case, the year-long process of meeting with “conveners” — qualified support staff who assist the victim in deciding how they want to confront the perpetrator — ended in a three-hour meeting in a conference room with her ex-partner.

“We could have done it via video, we could have corresponded via letters. I didn’t have to face him if I didn’t want to,” she says.

The restorative justice model, which is widely used in New Zealand and occurs in Victoria already in domestic violence cases, does not leave a perpetrator with a criminal record and hence gives them an incentive to co-operate. 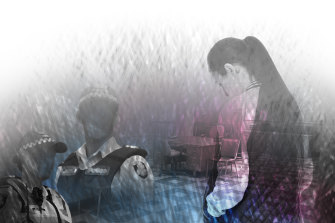 During the three hours in that room, flanked by a close friend as a support person and overseen by the two conveners running the session, Hannah says she got to ask questions that had plagued her and prevented her recovery from the trauma of having her trust breached.

“One of the conveners had asked me, ‘what do you want out of this day?’, and I said, I wanted to leave the room with nothing left to say on the matter,” Hannah recalls.

“Because it had consumed my life. I had dropped out a semester of uni, my anxiety was so bad.”

Hannah asked him how he could have done this to someone he purported to care about.

“I was completely shocked [when the incident happened],” she says. “It seemed out of character. He was a boy who went to church on Sundays with his mother.”

Hannah said that during the conference, her emotions swayed between feeling furious, emboldened and sad.

“[But] I didn’t cry that whole time. There were multiple times where I made him cry, which felt a little cathartic. But I felt in control and empowered. And when he was saying things that didn’t answer a question or weren’t true, I felt comfortable to call him out.”

Lewers says there are multiple scenarios where restorative justice can fill the gaps left by the criminal justice system — either because an incident is historical, the victim-survivor doesn’t want to go through the ordeal of a trial, or there is not enough evidence to press charges.

She says restorative justice is also useful to victim-survivors who have seen the perpetrator jailed but still require closure to move on with their lives, or for businesses dealing with a workplace harassment issue.

“If they’ve disclosed the harm and perhaps haven’t been supported by their family members or haven’t been believed, we can facilitate processes where we assist them to have those conversations with the family members so that they can have a chance to feel heard,” she says.

Advocates for the use of restorative justice say the methods should not be seen as an alternative to the criminal justice system, but should be provided within and alongside existing frameworks. They say it could go a long way to addressing the trauma of thousands of victim-survivors every year, whether they have access to the criminal legal system or not.

“Not everybody wants or wishes to have this type of opportunity, and not all matters will be suitable,” says the co-founder of Transforming Justice Australia, solicitor Thea Deakin-Greenwood.

“But we believe in choice and that we should have restorative choices there for people harmed by sexual violence and for their families and communities.”

She says Australia is far behind the rest of the world in terms of this kind of practice, but there is growing recognition that restorative justice should be available as an option.

”I think one of the difficult conversations we are hoping to contribute to is ‘what does justice mean when prison isn’t part of the story?’. Because the vast majority of people who are responsible [for sexual crimes] will never be charged. They will never be convicted, and like survivors, people responsible for harm live and work in our communities,” she says.

“Those things are what restorative practices do – they give you that opportunity for voice and to really listen to what the survivor wants.”

Carolyn Worth, a veteran advocate for sexual assault survivors and the former manager of the South Eastern Centre Against Sexual Assault in Melbourne, ran informal restorative justice sessions for clients herself for two decades before leaving the organisation.

While she’s seen the benefits up close, she warned about any pushes to tie restorative justice too closely with the existing criminal justice system. She believes it should be offered after criminal proceedings are complete. 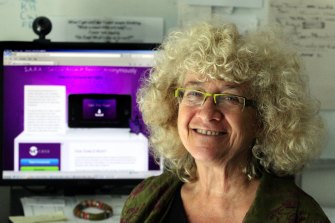 “Because basically, people need to voluntarily engage in this process and I don’t know how voluntary you are if you’re about to be sentenced,” she says.

Deakin-Greenwood says concerns from some in legal circles that restorative justice could be used by perpetrators to further traumatise or manipulate victim-survivors are valid, but are surmountable. Frameworks used overseas and in emerging and established practices in Australia have been carefully designed, with cautious implementation, rigorous training and attention to safety and doing no further harm, she adds.

“Restorative justice for sexual assault is slow and careful work and it’s not mandated and shouldn’t be – it’s participatory and consent-driven for anyone involved,” she says.

Hannah concedes that restorative justice wouldn’t be suitable for many but says for her, the overall experience was positive.

She left the meeting with her ex-partner having said all she needed to, and with an agreement that he would reimburse her $5500 to compensate for the fees of the university semester she had missed and the costs of her related psychology and psychiatry sessions.

She also gained an agreement from him that he would undertake consent education, and asked him that if they were to ever cross paths again in their home town he would remove himself.

“I think coming out of that room, I felt lighter,” she says. “Having been able to air it all out and let that person know how much I had been hurt and how much it had affected me made me feel like I was heard, but also validated the experience for me.”

“I don’t think about it that much any more and my life is a lot better. But it’s still trauma that I have to live with.”

* Not her real name, subject wished not to be identified due to the nature of her story.