There has been widespread condemnation of elections in Hong Kong from western governments and international observers.

The United Kingdom and the United States, together with Australia, Canada and New Zealand have expressed “grave concern over the erosion of democratic elements of the Special Administrative Region’s electoral system”.

A statement from those countries’ foreign ministers said these actions “undermine Hong Kong’s rights, freedoms and high degree of autonomy” and are “threatening our shared wish to see Hong Kong succeed”.

The vast majority of seats were won by pro-Beijing and pro-establishment candidates in what is widely being viewed as a “sham” election. 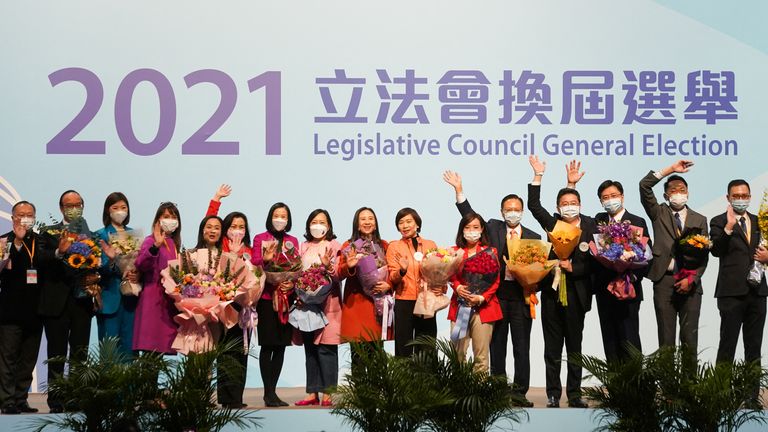 “They had elections with Chinese characteristics which means that the electoral results were known beforehand and pre-approved by the Communist Party and no surprises were allowed and no surprises happened,” he said.

Under changes imposed by China, the proportion of directly elected seats to Hong Kong’s legislative council was reduced from around half to less than a quarter or 20 seats. All candidates needed to be vetted by Beijing in what was called a “patriots only” election.

Forty seats were selected by a committee stacked with Beijing loyalists and the remaining 30 filled by professional and business sectors such as finance and engineering.

The turnout for the election was dismally low. At about 30%, it was half the turnout of the last election in 2016.

“Very, very few non-core voters who normally supported the Chinese authorities in Hong Kong voted,” Professor Tsang told Sky News. “You cannot have a stronger vote of no confidence than that.”

In a statement, the UK Foreign Office said: “Since handover, candidates with diverse political views have contested elections in Hong Kong. Yesterday’s election has reversed this trend.” 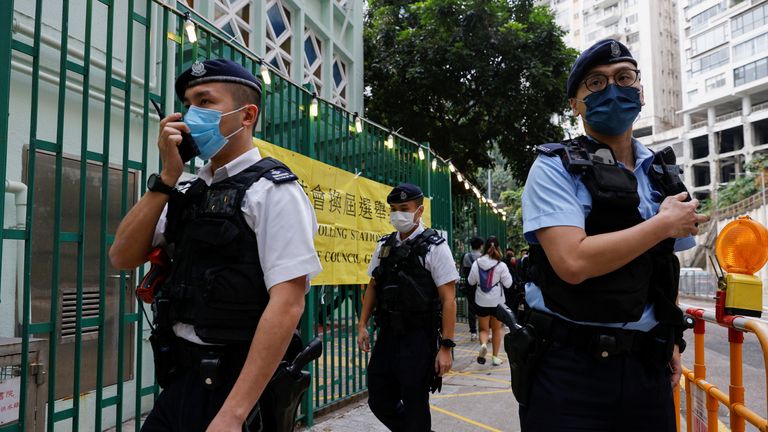 When Britain handed over Hong Kong to China in 1997, China committed itself to the principle of “one country, two systems” in its governance of the province. But with its imposition of the National Security Law, it appears to have gone back on its word.

This has implications for the Taiwanese watching events in Hong Kong with concern. Chinese President Xi Jinping has declared the takeover of Taiwan as a key goal. The island did not join the Chinese communist revolution when nationalists fled there in the 1940s.

Professor Tsang says the passage of events in Hong Kong gives the people of Taiwan plenty to ponder as they consider their own fate.

He said: “It’s now another concrete example that you just can’t rely on the Communist Party keeping their word because the party as the government of China signed an international agreement guaranteeing the Hong Kong system would not change for 50 years.

“It’s now less than 25 years on and its meaning has become something different from even three years ago.”

The Foreign Office statement condemned the National Security Law and its impact on political pluralism in the province.

“These changes eliminated any meaningful political opposition,” it said.

“Meanwhile, many of the city’s opposition politicians – most notably the majority of the ‘NSL 47’ – remain in prison pending trial, with others in exile overseas.”