Most hamsters are content to spin on their wheel for exercising before going back to sleep in their cages.

But Kuro the six-month-old hamster dared to dream a little bigger when he managed to escape his cage by scampering up a nearby wall.

In hilarious pictures taken by Kuro’s owner Yuka Hirata, 22, in Kanagawa Prefecture, Japan, the black and white golden hamster shoots up a wall before his escape is foiled. 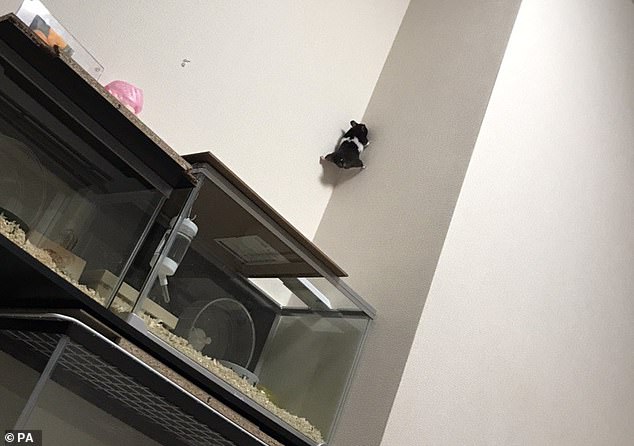 Kuro the six-month-old hamster escapes his cage in Kanagawa, Japan, by scampering up a wall 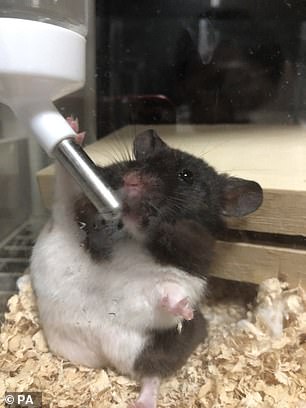 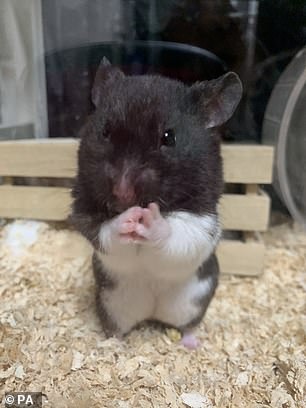 The black-and-white hamster is owned by Yuka Hirata, 22, who shared the hilarious pictures on social media earlier this week

Kuro climbed out the top of his cage and managed to get almost a foot up the wall by placing his paws on two adjoining walls in the corner of the room before he was stopped.

Yuka shared the pictures on social media earlier this week and they have already been viewed more than 600,000 times.

She said: ‘I suddenly (sensed something on) the wall, and it was like a picture.

‘He usually escapes, but it’s his first time climbing the wall.’ 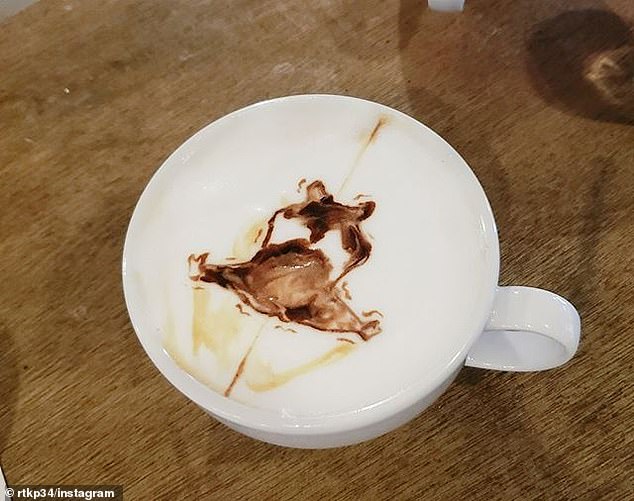 On Instagram, she wrote: ‘This is a picture of a bad hamster.’

Her Instagram post of Kuro’s escape received a huge response from followers across the world and even inspired latte art showing the hamster climbing up the wall.

Kuro gets his name from the Japanese word for black, based on his coat colouring.