London: Ghislaine Maxwell has claimed she has no memory of the Duke of York and his sex abuse accuser meeting at her home and insisted that a photograph suggesting otherwise must be a fake.

The shamed socialite has given a television interview from a Florida jail, where she is serving 20 years for child sex trafficking after procuring girls for the late sex offender Jeffrey Epstein. 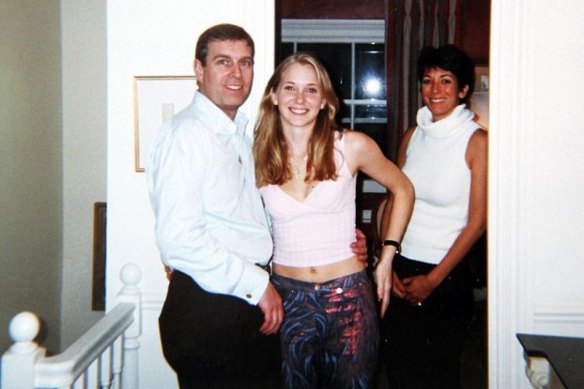 Prince Andrew with Virginia Giuffre, then Virginia Roberts, at the London home of Ghislaine Maxwell (right) in 2001.

The 61-year-old questioned the authenticity of the photograph showing Prince Andrew with his arm around the waist of 17-year-old Virginia Giuffre at Maxwell’s London home.

However, she told TalkTV, in an interview to be broadcast on Monday evening in Britain: “I have no memory of them meeting and I don’t think that picture is real.

“There is no original of that photo, (only) copies of it that have been produced, copies of copies. Parts of it, according to some experts, looks like it has been photoshopped.

“I don’t remember her in my home. I know that Virginia travelled with Jeffrey, and so it’s entirely possible. But the photo doesn’t appear to be real, and I don’t recall it being taken.” 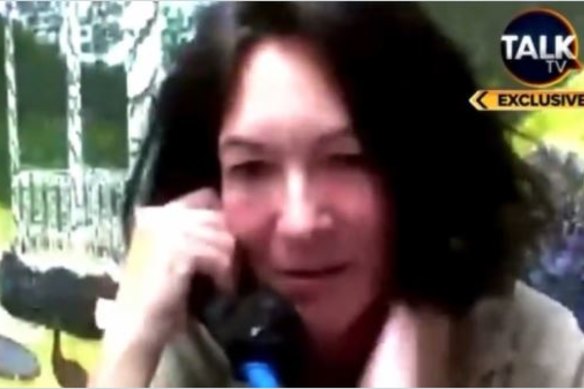 Ghislaine Maxwell has given her first interview to TalkTV from inside a Florida jail.Credit:TalkTV

It came amid reports that the Duke plans to make a legal bid to overturn the settlement he struck with Giuffre last February, after she accused him of raping and abusing her three times in 2001, when she was 17.

He is said to have consulted his lawyers after Giuffre dropped her sexual abuse claim against US lawyer Alan Dershowitz, admitting after an eight-year legal battle that she “may have made a mistake” in claiming he had abused her as a teenager.

Maxwell said the Duke should be “uplifted” by the outcome of the Dershowitz case.

“Her story frankly has changed multiple times. It’s very hard to know really what’s true or not,” she said, adding that the true story “has yet to unfold”.

She went on: ’I’ve read a lot of [Giuffre’s] depositions, and her statements are very categorical and her stories are very detailed and elaborate, including claiming that she went to his [Dershowitz’s] house. So I think her “memory lapses” are disingenuous. If her memory is so poor, then how can you rely on anything she says?

“When you give a lot of details and make claims that last five, six or seven years, and then suddenly at the last moment decide that it was a memory lapse, I find that hard to credit.”

Maxwell admitted the Duke could have handled the Epstein scandal better, describing his BBC interview with Emily Maitlis as “unfortunate” and admitted: “I wish he hadn’t done it.”

She also acknowledged that the Duke’s decision to visit Epstein in New York in 2010, two years after the financier was convicted of child sex charges, displayed bad judgment.

Prince Andrew is said to be in discussions about how to force a retraction, or even an apology, from Giuffre.

The King will not oppose any further legal action his brother might take to clear his name, according to reports.

The Duke has always protested his innocence. However, Buckingham Palace urged him to settle as the claims threatened to overshadow last year’s Platinum Jubilee celebrations.