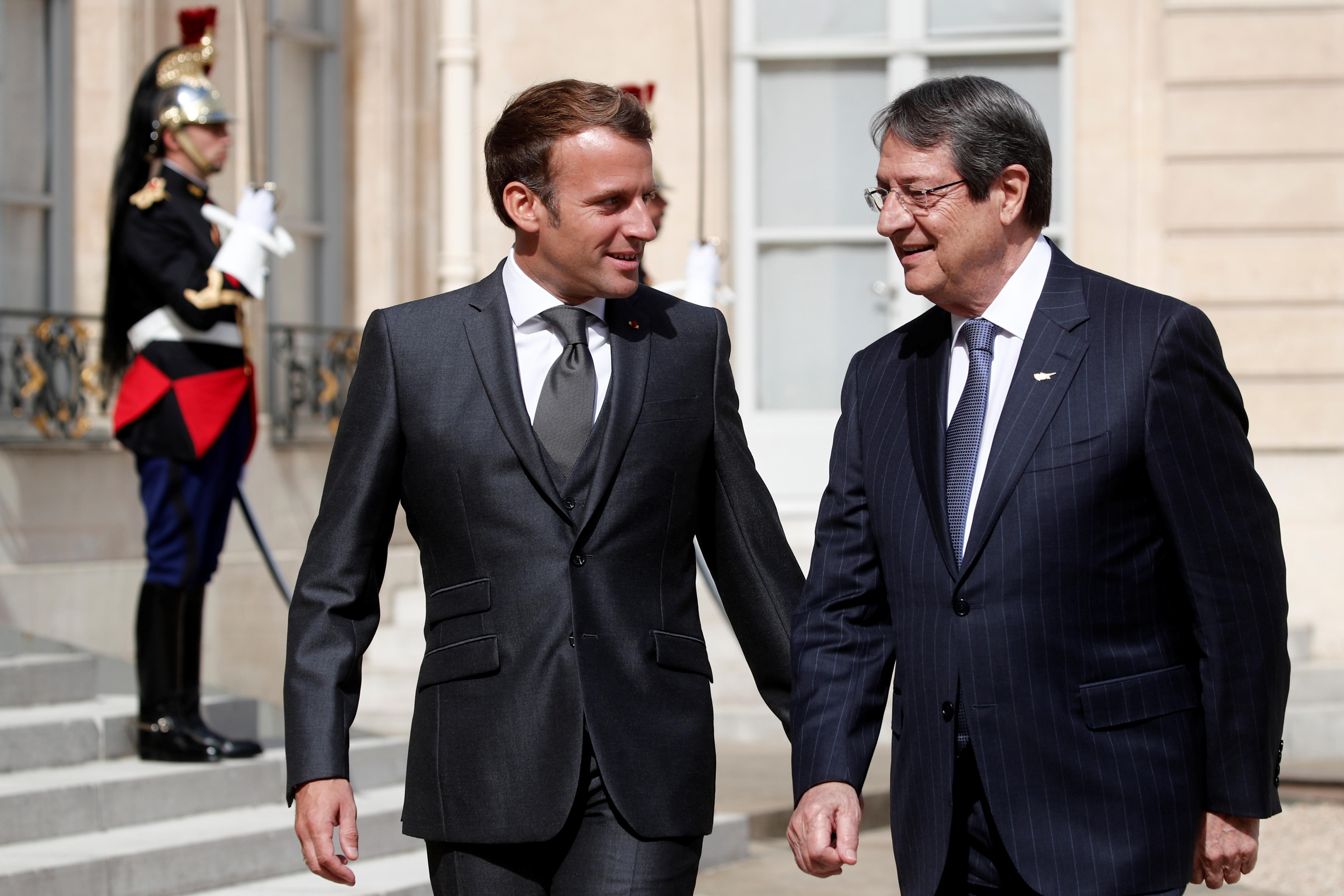 PARIS (Reuters) – France’s president on Thursday said it would be a serious error by the European Union to not respond to provocations in the Eastern Mediterranean and said he wanted more sanctions on those who violated Greek and Cypriot maritime space.

“In this part of the Mediterranean, which is vital for our two countries, energy and security issues are essential. What’s at stake is a power struggle in particular of Turkey and Russia which are asserting themselves more and more and in the face of which the EU is still doing too little,” Macron told reporters alongside his Cypriot counterpart Nicos Anastasiades.

“It would be a serious mistake to leave our security in the Mediterranean in the hands of other actors. This is not an option for Europe and it is not something that France will let happen.”