Violence has broken out in France after protestors took to the streets for annual May Day demonstrations. Police in Lyon have clashed with demonstrators after a large number of trade unions and left-wing activist attempted to march through the city. Footage for the scene shows chaos on the streets as riot police repeatedly attempt to force the march back with tear gas and baton charges.

The melee appears to have broken out as French officers in full riot geat attempt to halt the progress of the march toward the Place Bellecour in the centre of Lyon.

Footage shared on social media shows cops mount multiple charges into the crowd of hooded protesters at the front of the demonstration.

Masked protestors can be seen trying to push back police as the two sides exchange blows.

Meanwhile, water canon, as well as tear gas, has been deployed as authorities attempt to reimpose order in the city. 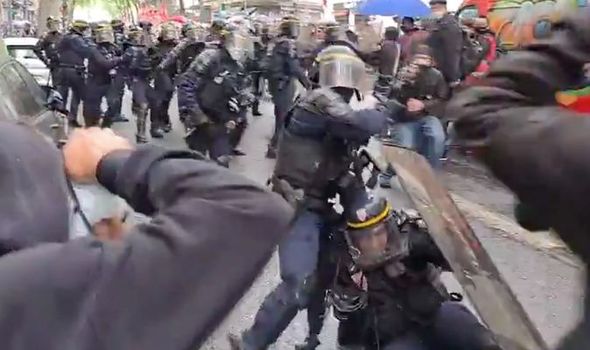 At one point during the violence, hooded protestors manage to force back the heavily armed police.

One officer was knocked to the ground and had to be defended by a colleague as the mob of demonstrators surged forward.

Elsewhere another policeman appears to have been injured and had to be helped to his feet as officers with shields protect him from missiles from the crowd.

Police with tear gas also began to fire into the crowd as officers attempted to clear the hooded demonstrators from the street. 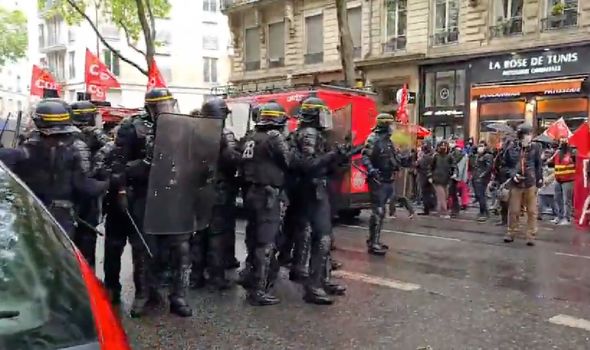