A nine-year fight for justice but parents’ anguish remains: Four policemen are finally jailed for killing British aristocrat tortured to death in Kenyan cell, but while his father is ‘happy at the outcome’ his mother is disappointed at 10-year sentences

Four police officers were last night jailed for torturing a young British aristocrat to death in a Kenyan cell, following a nine-year battle for justice.

The parents of Alexander Monson, 28, listened in anguish as a judge described how he was subjected to a savage and unprovoked onslaught.

But there was insufficient evidence to convict the officers of murder and the maximum term any of them will serve for manslaughter is ten years.

His tearful mother Hilary admitted that she was ‘disappointed’ by the sentences.

Mrs Monson, 67, said that it was a ‘poor exchange’ for the pain of losing Alexander and the long years she had spent waiting for a verdict.

Standing beside her on the court steps, however, Lord Nicholas Monson declared himself ‘happy’ with the outcome. 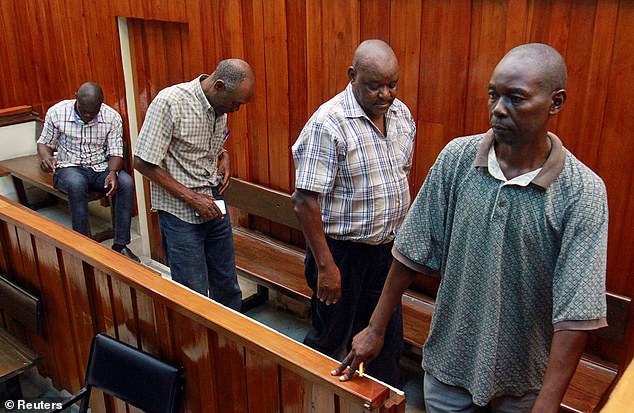 Four police officers were last night jailed for torturing a young British aristocrat to death in a Kenyan cell, following a nine-year battle for justice

‘They aren’t exactly going to a five-star hotel,’ said Alexander’s 66-year-old father, who flew 4,500 miles from London for the hearing.

‘I would rather be hanged than stay in a Kenyan prison, even for a few years,’ he added. ‘They aren’t going to be well received by their cellmates, that’s for sure.’

Kenyan high court judge Eric Ogola said Alexander had been a ‘young British baron’ with ‘the world in his pocket’ when he was arrested for allegedly smoking cannabis outside a beachfront restaurant near Mombasa in May 2012.

The following morning, a family friend found him lying unconscious in the police station, having received violent blows to his head, groin and the arm he raised when attempting to protect himself.

He later died of a ‘blunt force trauma’ that caused bleeding to the brain.

He had been taken to hospital and treated for a drug overdose on the insistence of the police, but the judge said this was clearly a ‘red herring’ invented to cover up the attack. 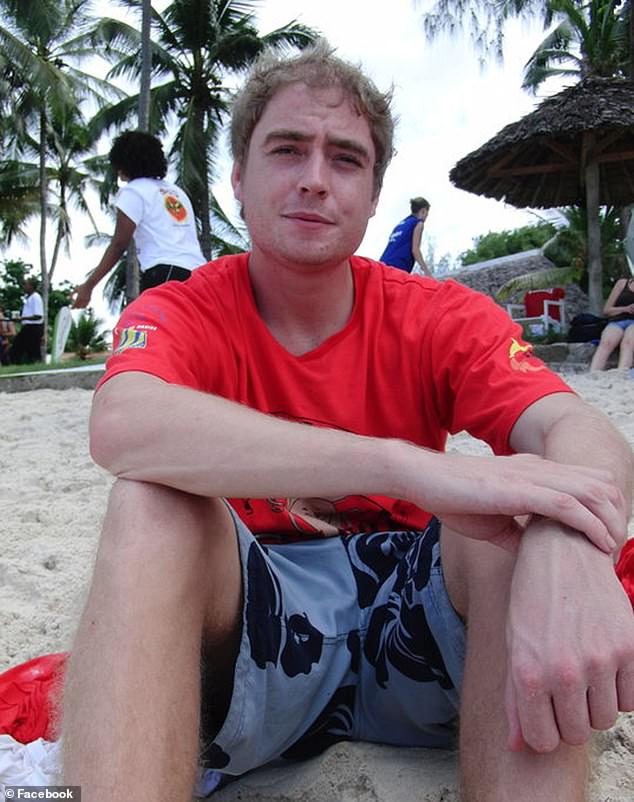 The parents of Alexander Monson, 28, listened in anguish as a judge described how he was subjected to a savage and unprovoked onslaught 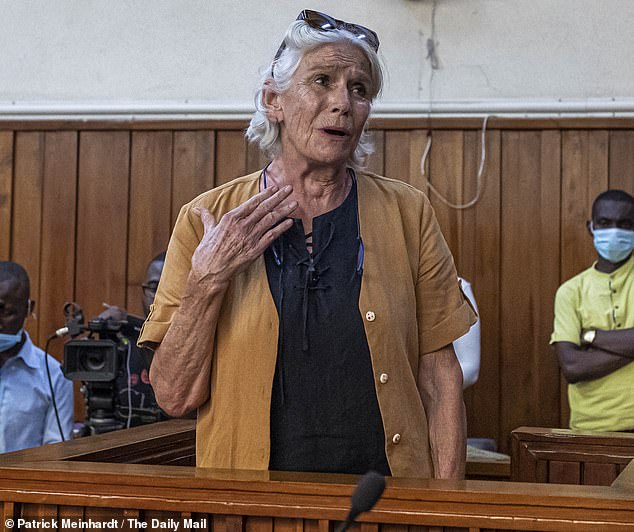 His tearful mother Hilary admitted that she was ‘disappointed’ by the sentences. Mrs Monson, 67, said that it was a ‘poor exchange’ for the pain of losing Alexander and the long years she had spent waiting for a verdict 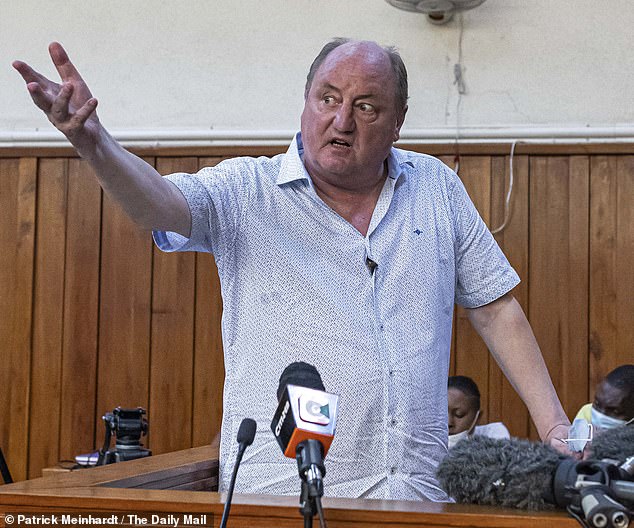 Standing beside her on the court steps, however, Lord Nicholas Monson declared himself ‘happy’ with the outcome

A toxicology report purportedly showing Alexander to have taken cocaine, diazepam and other substances had been falsified, the judge said.

It was ‘beyond a shadow of a doubt’ that the fatal injury had been inflicted by an officer at Diani police station, near Mombasa, added Justice Ogola.

He said those who tortured Alexander were known to be policemen, including Chief Inspector Charles Munyuri, Corporal Naftali Chege, and Constables Ismael Baraka and John Pamba.

But he said the court had not been able to find out exactly who killed him because of the ‘blue code of silence’ that protects Kenyan police who abuse their position.

The four were given manslaughter terms ranging between 15 and nine years, partly suspended. But the country’s director of public prosecutions said he would appeal against the sentences and seek the strongest murder charge.

‘I’m sorry, I’m quite emotional,’ Mrs Monson began, before explaining that what began as a justice campaign for her son had turned into a crusade for all Kenyan mothers whose children had been unjustly killed by the police.

She urged the judge to impose a sentence that sent out ‘a firm message to others that we can’t carry on in the old ways. That [the police] must reform for the sake of our sons. An example must be set’.

Mrs Monson said she did not wish to question the judge’s wisdom in bringing a manslaughter verdict.

But staring directly across the court at the four officers, she said plaintively: ‘I’m sorry, but I’m disappointed today.’

Lord Monson had earlier stripped off his Covid mask to glower at the officers in the dock and videoed them with his phone.

The denouement of a three-year trial, which might never have taken placed but for the Monsons’ relentless campaign for justice, was played out in a stifling, windowless courtroom, cooled only by rickety fans (the new air-conditioning system was faulty).

The judge’s ruling was delayed for almost two hours, and Lord and Mrs Monson sat squashed on uncomfortable benches, flanked by friends and the British consul and vice-consul.

As the case is of huge symbolic significance in a nation where police brutality is ‘systemic’, to quote one defence barrister, TV cameras and dozens of journalists were in court to hear the red-robed judge deliver his ruling.

Outlining the evidence of 32 prosecution witnesses, most identified only by numbers, took almost three hours.

The court heard psychology graduate Alexander had been staying at the home of his mother – who moved to her family’s estate on the Indian Ocean after she and Lord Monson divorced.

The night he died had started as a carefree evening when he met local friends for drinks, dancing and games of pool.

They later moved on to a second bar, where – in the early hours of the morning – a bouncer allegedly claimed to have seen Alexander outside smoking ‘bhang’ (the Kenyan name for cannabis). Chege was on patrol nearby and attended the scene with a colleague. 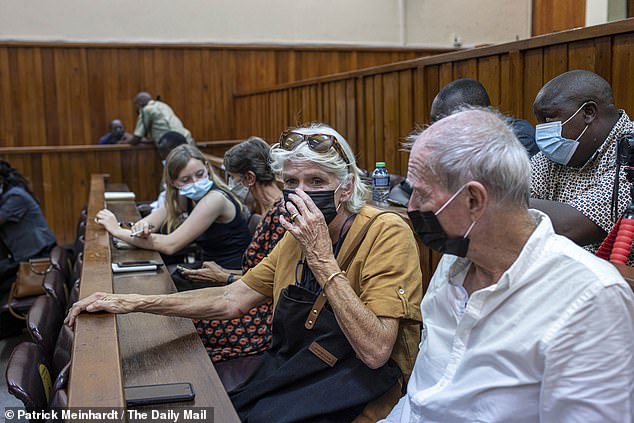 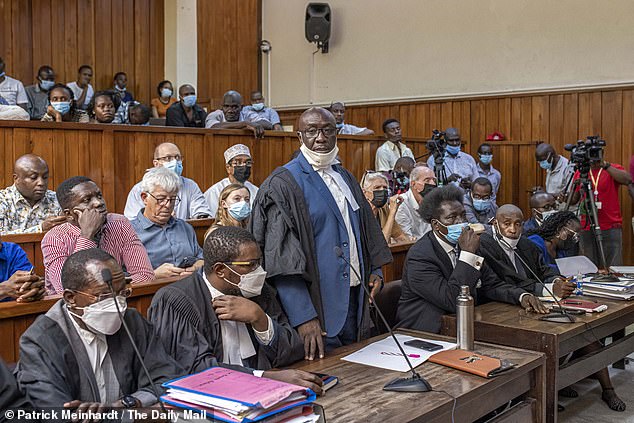 They handcuffed Alexander and a friend and claimed to have confiscated an envelope containing roll-up papers, cannabis and pills.

The corporal agreed with onlookers that Alexander did nothing to resist and his arrest was ‘uneventful’.

Other witnesses, including friends who spoke to him through a hatch at the police station and prisoners who shared his cell, testified that Alexander was in ‘excellent’ health when he arrived at the station at around 2am. Nor, most agreed, did he appear intoxicated.

However, the judge said, between 2.30am and 5am – during which time he was removed from his cell to discuss bail, or for ‘other reasons’ – his health badly deteriorated.

Chege had called Munyuri, his superior, saying he had arrested a foreigner, and the senior officer went to the station.

A witness claims to have seen the corporal with Alexander in the so-called ‘tourist room’, reserved for interviewing prisoners from overseas. 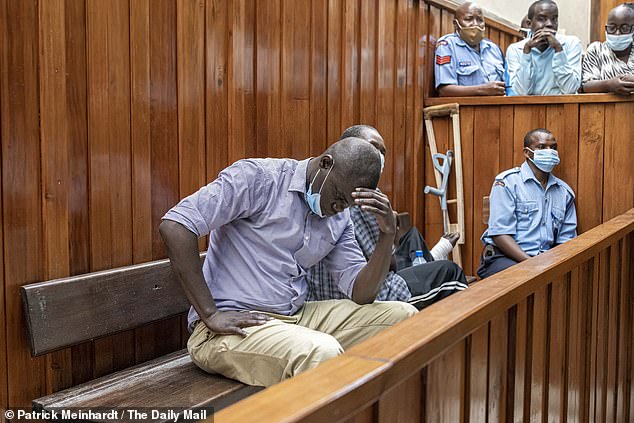 Because of a ‘wall of silence’, it was not clear who  was responsible for the attack on Alexander

When he was returned to the cells, guarded by the two constables, he appeared to be unconscious.

Alerted to his condition by cell-mates, three attempts were made to carry 6ft 3in Alexander out of the cell before, finally, he was dumped by the charge counter desk.

He was left there until about 9am, when family friend Tony Kennaway arrived to bail him out.

Two more hours passed before he arrived, in handcuffs and wearing only purple shorts, at Palm Beach hospital.

His bank card and phone, which had been taken by Pamba and supposedly locked in a strongbox, were missing.

Mrs Monson had been staying in Nairobi the previous night. She arrived in Mombasa in time to hold her son’s hand – still in cuffs – but efforts to revive him failed. Within an hour of her arrival, at about 5am, he was pronounced dead.

The judge outlined – then dismissed – several possible reasons for his death put forward by defence lawyers. 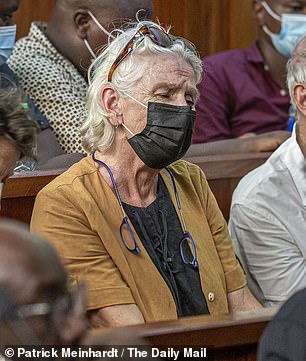 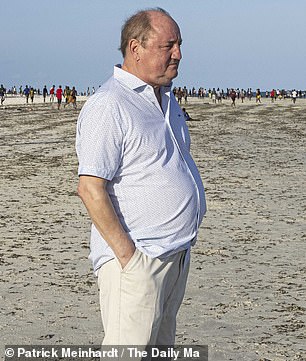 The denouement of a three-year trial, which might never have taken placed but for the Monsons’ relentless campaign for justice, was played out in a stifling, windowless courtroom

Alexander might have suffered head wounds at the bar before his arrest, they suggested.

He could also have been injured in a drug-induced fall. Chege’s lawyer even ventured that he might have been dropped on his way to hospital.

In a report submitted to the trial, eminent British forensic physician Jason Payne-James, who studied the medical evidence, police log-book, witness statements and other key evidence, concluded that Alexander’s injuries could only have been caused by a violent assault.

The ‘only rational explanation’, the judge ruled, was that between 3am and 5am ‘torture took place outside the cell and the deceased tried to defend himself’.

Justice Ogola added that the ‘accused persons were persons known to this court’ but because of the ‘wall of silence’ he had been unable to ascertain exactly who was responsible.

After the verdict, lawyers for the officers pleaded for clemency, pointing out that they had to support wives and families – who were looking on from the public gallery. But the judge said he must set sentences that proved Kenya was serious in its declared intention to tackle police brutality.

They are expected to serve their time in one of the world’s most notorious prisons, Kamiti in Nairobi, where 4,000 inmates – double the intended capacity – languish in insanitary 10ft by 10ft cells, and are put to work for a fraction of a penny a day.

A recently released prisoner described it as a living hell where new inmates are ‘auctioned off’ as slaves.

Before rising, the judge commended Lord and Hilary Monson for their long campaign and thanked them for ‘bearing with our justice system’ for nine years.

‘You have come from a long way and I hope you have found justice for Alexander,’ he said.

Last night, the parents of this affable young Englishman, who did indeed have ‘the world in his pocket’, had different opinions on that.