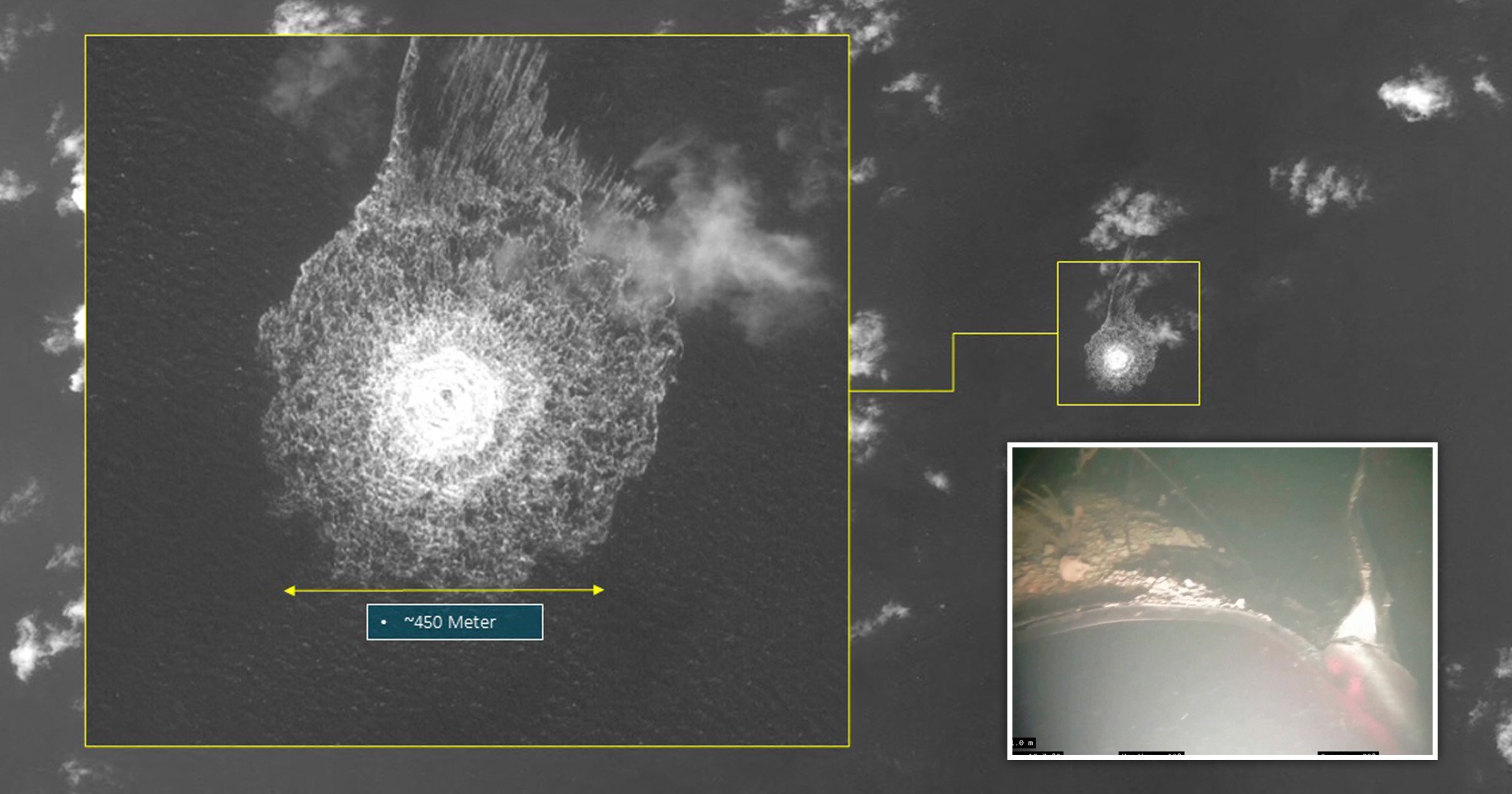 Images of twisted and severed gas pipes which were blown apart in the Baltic Sea have been released.

Danish authorities have carried out an initial investigation into the mysterious blast to Nord Stream infrastructure running from Russia to Europe.

Western governments have stepped up security around energy sources amid widespread suspicion the September 26 explosion was an act of sabotage.

A section measuring at least 164 feet is missing from the ruptured Nord Stream 1 gas pipeline, a Swedish newspaper reported.

The blasts were big enough to be picked up by equipment designed to monitor earthquakes, registering as 2.3 on the Richter scale.

Danish police have confirmed there is ‘extensive damage’ to two pipes and that evidence has been gathered from ‘the crime scenes’.

Morten Bodskov, the country’s defence minister, said: ‘It is very serious, and this is by no means a coincidence.

Earlier this month, the Swedish domestic security agency said its preliminary investigation of two further leaks closer to its coast ‘has strengthened the suspicions of serious sabotage’.

Swedish newspaper Expressen published on Tuesday what it says is a video of the damaged pipelines off Sweden in which a huge section of the pipe appears to be missing.

The four leaks occurred in international waters but within the exclusive economic zone of Denmark and Sweden.

The Ministry of Defence confirmed earlier this month that a Royal Navy frigate has been sent to ‘reassure’ workers in the energy industry by patrolling North Sea oil fields.

Liz Truss has previously called the blasts ‘clearly acts of sabotage’ but the UK has not conclusively apportioned blame.

Russia’s aggressive stance on using energy to put pressure on Europe to drop its opposition to the Ukraine invasion has put it squarely in the frame but no clear evidence has been publicly disclosed.