BARCELONA (Reuters) – Barcelona authorities on Tuesday cut the number of people allowed on to the city’s beaches to 32,000 from 38,000, after crowds flocked to the sea at the weekend despite advice to stay home to curb a local rise in coronavirus infections. 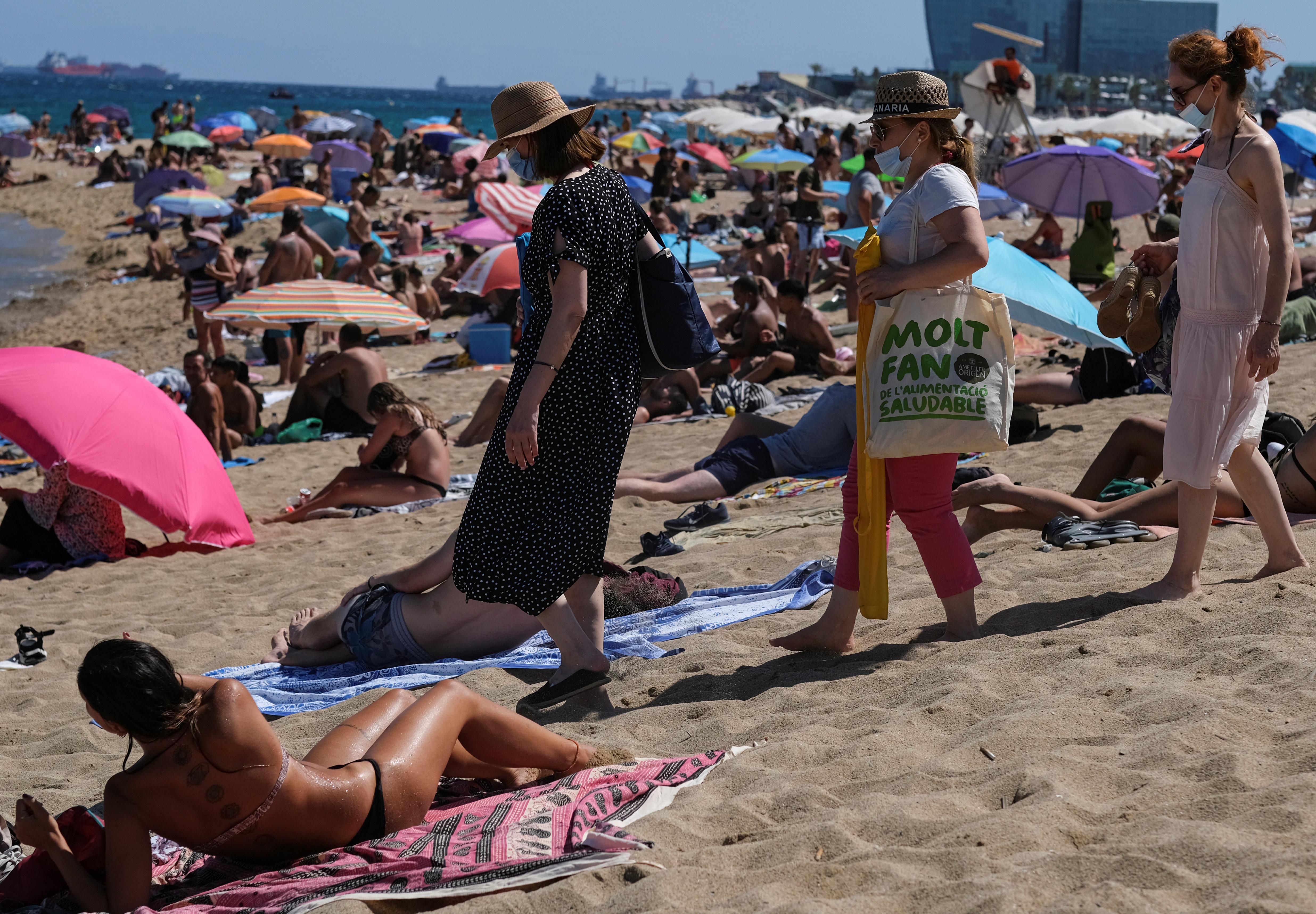 Barcelona, Spain’s second largest city and one of Europe’s most visited destinations, would typically have around 40,000 people on its ten beaches at this time of year, a city spokeswoman said.

However, it is at the heart of an increase in coronavirus cases that followed the end of Spain’s national state of emergency one month ago.

In response, local and regional authorities have imposed a string of restrictions, to the fury of some businesses which have been told to close their doors again, including cinemas, nightclubs and gyms in Barcelona.

“Why do we have to be closed?”, said Oscar Simon, the head of a martial arts school, speaking at a protest by sports centre managers and workers.

“We cannot cope with this crisis, three more months closed will send us to our death,” Simon said, stressing he had spent a lot of money in protective equipment that guaranteed health standards.

Spain was one of Europe’s hardest-hit countries, with more than 28,000 coronavirus deaths. It thought it had left the worse behind when it lifted a national lockdown in June but close to 200 new clusters have sprung up, mainly in Catalonia, prompting authorities to impose a patchwork of restrictions.

Catalan authorities on Friday urged some four million people, including in Barcelona, to leave their home only for essential trips, banned gatherings of over ten people and limited the occupancy of bars and restaurants.

Authorities have set up entry points at Barcelona’s beaches, enhanced police presence and installed 18 video sensors that estimate the available surface remaining needed to guarantee social distancing. When capacity goes over 80% at a beach, access is closed and people encouraged to go elsewhere.

Catalonia is seeking 30 billion euros from the 140 billion euros of EU aid Spain is set to get after a historic deal was clinched in Brussels, regional deputy leader Pere Aragones told a news conference.

The wealthy northeastern region’s government already plans to spend close to 2.8 billion euros this year in measures aimed at helping businesses and residents cope with fallout of the pandemic.

MEXICO CITY (Reuters) - For Guillermo Nieto, a Mexican businessman who grew up smoking pot, the cannabis greenhouse on his family’s vast farmlands in Guanajuato...

A U.S. judge ruled Wednesday that Kik violated securities law when it raised $100 million via a token sale in 2017. Judge Alvin Hellerstein, a...

8 mins ago
We and our partners use cookies on this site to improve our service, perform analytics, personalize advertising, measure advertising performance, and remember website preferences.Ok