A former MI6 chief has revealed his shock at not being consulted about the decision to introduce Huawei technology in Britain.

Sir Richard Dearlove, head of MI6 from 1999 to 2004, said he and other members of the security services were ‘intensely shocked’ when they heard that the original Huawei deal went through.

BT notified the government of Huawei’s interest in a £10 billion infrastructure deal in the UK in 2003.

However, it later emerged that officials had chosen not to refer the matter to ministers until 2006, a year after the contract had been signed.

A 2013 report by the Intelligence and Security Committee found that officials knew there were legal mechanisms available to block Huawei’s interest in UK infrastructure but decided not to inform the government as ‘the potential trade, financial and diplomatic consequences of using them would be too significant’.

This was despite national security risks that came with the deal, with the report adding that the decision not to consult ministers was ‘extraordinarily’ complacent. 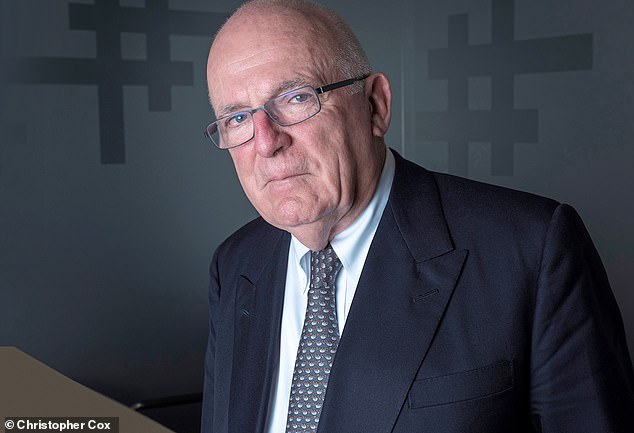 Sir Richard Dearlove, head of MI6 from 1999 to 2004, has revealed how members of the security services were shocked at the Huawei deal 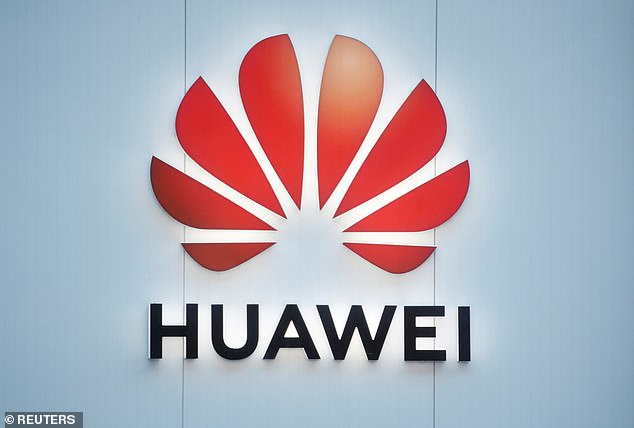 The government announced in July that it was U-turning on a decision it made in January to grant the Chinese tech giant a role in building Britain’s 5G network.

The company was banned from the network and all of its existing 5G technology has to be stripped out by 2027 over national security concerns.

Speaking to the Danube Institute, a think tank, Sir Richard said: ‘I was Chief when the original deal was signed with Huawei and at the time we were not consulted.

‘The government let this go through and some of us, when we heard about it, were intensely shocked.

‘It wasn’t sensitive in those days [and] I think GCHQ were saying ‘this isn’t a problem, we can keep it under control’ but some of us disagreed with that.’

‘As you’d expect a thorough technical assessment was carried out at the time with all appropriate parties properly consulted. We remain confident our mitigation of the national security risks brought by Huawei has kept up with the times.’

Then Trade and Industry Secretary, Patricia Hewitt, told the ISC in 2013 she had discussed the contract with BT.

However, she only discussed the potential financial and business aspect, rather than any security concerns.

The report concluded:  ‘There was no justification for failing to consult Ministers about the situation when BT first notified officials of Huawei’s interest.

‘Such a sensitive decision, with potentially damaging ramifications, should have been put in the hands of Ministers.’

Sir Richard added that the government had been ‘incredibly naive’ over the handling of Britain’s commercial relationship with China.

He previously said: ‘We are looking really at a reset of the whole of our relationship with China’s leadership.’

‘I’ve always believed that there is a strategic security reason for not allowing the Chinese that degree of involvement in the construction of our critical infrastructure.’

He added: ‘I think the relationship between the Chinese state and Huawei is absolutely clear-cut.

‘Huawei is not a sort of ordinary international telecommunications company, it’s an intimate part of the Chinese state.

‘And if you know anything about Chinese military strategy, they talk about the fusion of civil and military capabilities.

‘There is a close linkage undoubtedly between the Chinese military capability and Huawei.’

The decision to ban Huawei from the 5G network promoted a furious response from Beijing and came after the US had urged its allies not to use the company’s technology because of national security concerns – concerns which have always been rejected by the firm.

The Telecommunications (Security) Bill cements the Government’s decision to ban Huawei from the 5G network.

It will create national security powers which will allow the Government to impose controls on when – if at all – a telecoms firm could use material supplied by companies such as Huawei.

Under the proposals, security protocols around UK networks will be strengthened, with fines of 10 per cent of turnover or £100,000 a day for firms which do not comply with the new standards.

Communications regulator Ofcom is to be tasked with the monitoring and assessing of security protocols among telecoms providers.

Huawei has said it believes the decision to exclude it from the UK’s 5G network is ‘politically-motivated and not based on a fair evaluation of the risks’.

Boy, 15, who was ‘targeted’ in Arkansas school shooting dies after two days in hospital, officials say

Polygon-based DEX QuickSwap has attracted more than $105 million in worth of liquidity since the start of 2021.The Uniswap clone began the year with only...

The UK service sector output declined only moderately in February after a sharp downturn at the start of 2021, as the third national lockdown has...

NEW YORK (Reuters) - The Japanese yen hit a seven-month low on the dollar on Thursday as hopes that vaccine distribution and more government stimulus...

Boy, 15, who was ‘targeted’ in Arkansas school shooting dies after two days in hospital, officials say