Ex-British soldier, 55, could face 20 years in prison in Afghanistan after ‘being caught with £50,000 worth of illegal alcohol’

A former British soldier could face 20 years in prison in Afghanistan after he was allegedly caught with £50,000 worth of illegal alcohol.

Ian Cameron, 55, from Liphook, Hampshire, was arrested when counter narcotics police raided his villa in Kabul.

Mr Cameron, who served 24 years with the Royal Miltary Police, was the city’s main black market dealer for alcohol and ran a 24-hour service, according to police.

Officers claimed to have seized 1160 bottles of beer, 730 bottles of spirits and dozens of crates of boxed wine and champagne, which are illegal in the country.

They also reportedly seized the armoured Land Cruiser they claim he used to make deliveries and £10,000 in cash. 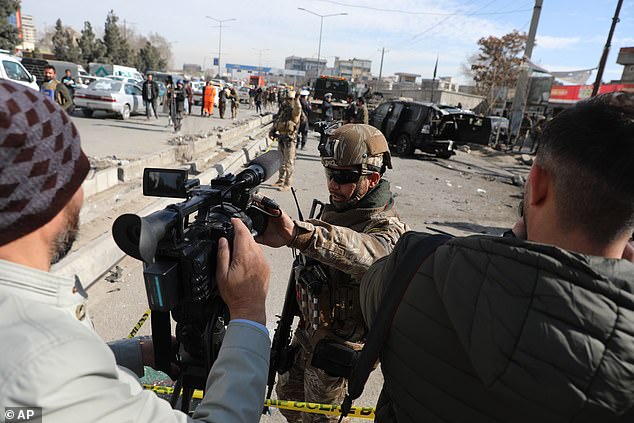 Ian Cameron, 55, from Liphook, Hampshire, was arrested and could face 20 years in prison after police seized £50,000 worth of illegal alcohol from his home in Kabul, Afghanistan [Stock picture of Afghan security police in Kabul in February]

An MP said: ‘Police should should focus on terrorism and preventing suicide bombers. Why are they wasting time on a businessman when the Taliban are at the gates of the city?’

Alcohol is illegal for Afghan nationals but licensed outlets can sell it to foreign journalists and tourists.

But there is a prevalent black market for citizens in the country.

Mr Cameron left the armed forces in 2005 and went on to work in private security.

On Wednesday he was paraded in front of the haul of seized alcohol, including bottles of brandy, baileys, whiskey, vodka and champagne.

Mr Cameron is currently being held at a specialist detention facility and friends fear he will be transferred to Kabul’s infamous Pul-e Charki prison, which holds Taliban insurgents.

The Foreign Office said it is ‘supporting a British man after his arrest in Afghanistan and our staff are in contact with his friends and family’. 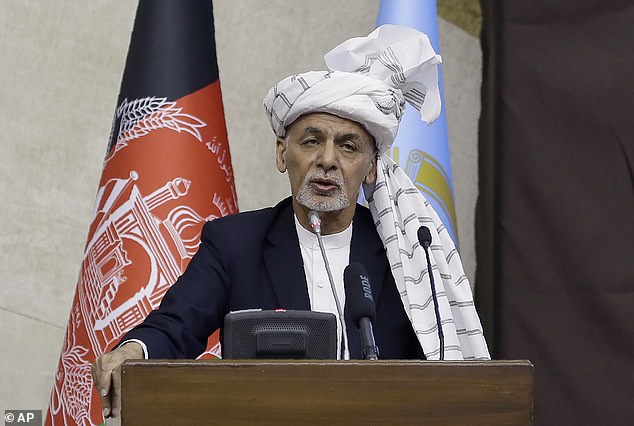 It comes as Afghan President Ashraf Ghani today said his government was ready to discuss holding fresh elections, in a bid to push forward peace talks with the Taliban

The President insisted any new government should emerge through the democratic process, in a bid to push forward peace talks with the Taliban.

‘Transfer of power through elections is a non-negotiable principle for us,’ Ghani told lawmakers at the opening of parliament session in Kabul.

‘We stand ready to discuss holding free, fair and inclusive elections under the auspices of international community.

‘We can also talk about the date of the elections and reach a conclusion.’