Manfred Weber, the group leader of the European People’s Party (EPP) in the European Parliament, launched a blistering attack against Mr Macron, Ms Merkel’s closest ally in the European Union. Mr Weber has been leading the EPP, a party grouping conservative and liberal forces across the EU, since 2014, and has been widely tipped as the next Council President. But while Ms Merkel has been a vocal supporter of Mr Weber’s candidacy, Mr Macron has remained tight-lipped over who he will back – and even argued about the legitimacy of the process leading to the election of the Council President.

He told Maz-Online: “I do not understand the criticism of the top candidate system.

“What’s wrong with telling people before the European elections who should become President of the Commission? 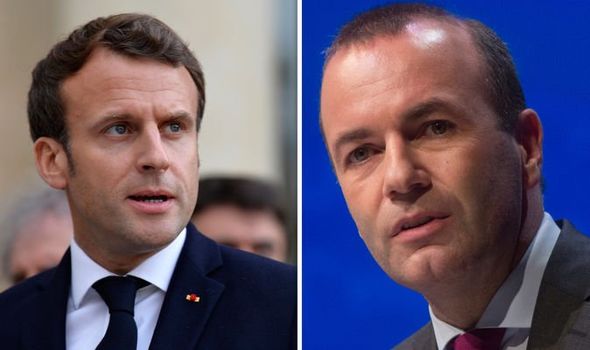 “I believe in the power of democracy. Angela Merkel is crystal clear.

“She says: I support Manfred Weber.

“Why does not Emmanuel Macron openly state whom he supports? That’s not transparent.

“Important personal details may no longer be decided by a handcuff.” 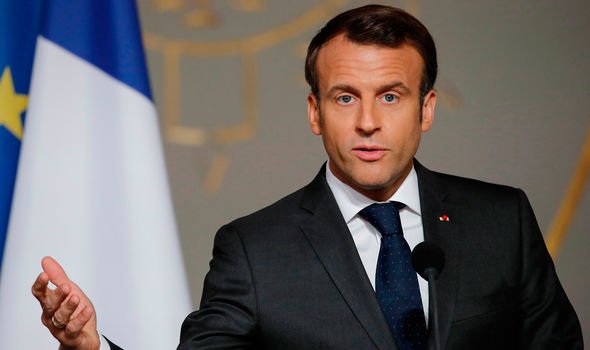 During last week’s EU summit in Sibiu, Romania, some European leaders tried to wrest back control of the Council President election process.

Me Macron said: “I don’t feel bound at all by the principle of the Spitzenkandidat.”

Before 2014, Commission presidents had been chosen by the EU leaders sitting in the European Council.

After that year, in a bid to democratise the EU’s civil service, Mr Juncker was elected according to the Spitzenkandidat system, which sees the leader of the political group in the EU Parliament getting most votes in the EU elections becoming the Council President. 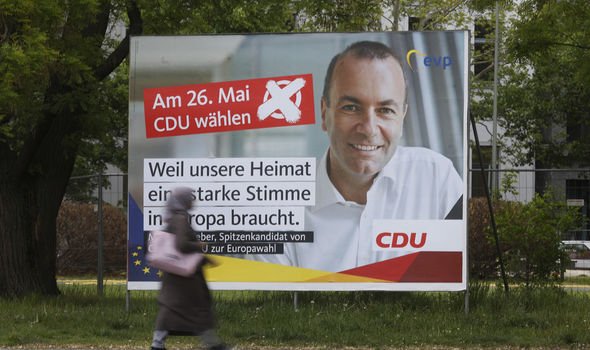 While supporters of this system believe it allows voters to choose the Council leader, Mr Macron and those against the Spitzenkandidat system had previously said leaders “must avoid a compromise to take the least good candidate”.

He said: “At the moment it does not look as if the liberals will make the big shot. 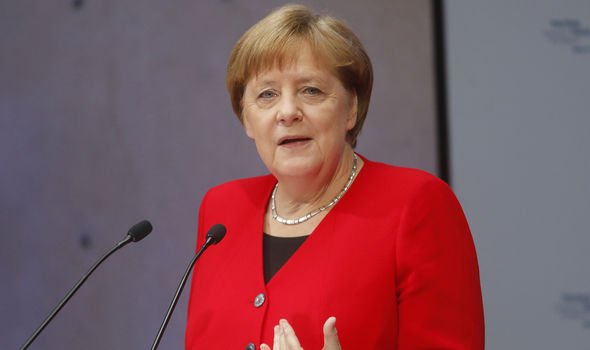 “But I also want to say that liberals have been a reliable partner to me so far.

“I also see many things in common for the future.

“But when the EPP becomes the strongest faction, it is clear that we have the right to take the lead. I fight for that.”