This is the moment a drugged-up motorist performed the ‘worst ever’ fitness-to-drive test after police spotted him veering between lanes on a motorway.

In the footage released by West Yorkshire Police, the motorist struggled to even put one foot in front of the other and fails to walk along a straight white line when asked.

He tested positive for cannabis and mephedrone at the roadside before the fitness-to-drive test. 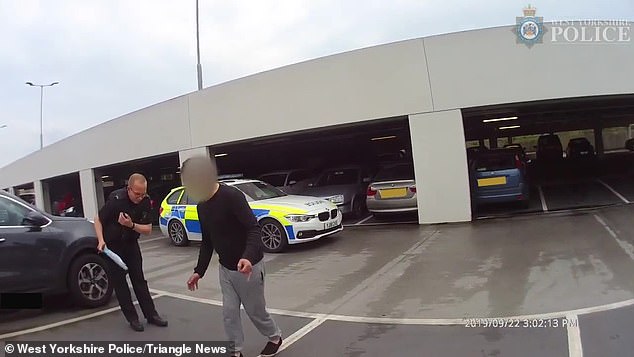 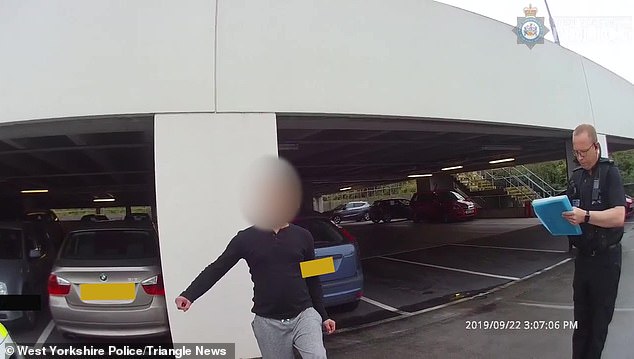 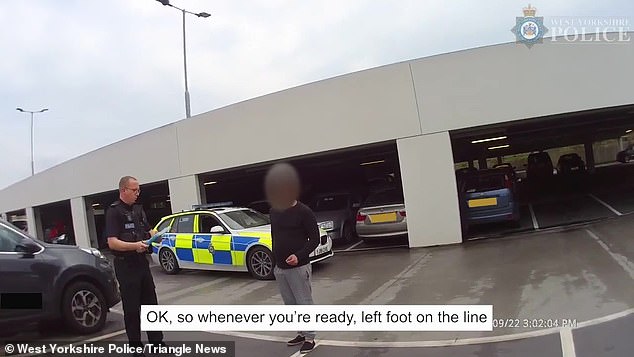 At one point, his car nearly collided with a concrete barrier, as an officer was heard saying: ‘He’s continually over the rumble strips on the central reservation.’

Later, he dived down a slip road and nearly crashed into another vehicle, before police caught up with him again and finally brought him to a stop by boxing him in.

A spokesperson for West Yorkshire Police said that the officer who instructed the driver to perform the Field Impairment Test said he did the ‘worst’ of anyone they’d seen.

They said: ‘The test – which includes being asked to walk in a straight line and other exercises – is designed to establish whether a driver is impaired and is done in addition to a breath test for alcohol and drugs wipe for cannabis and cocaine. 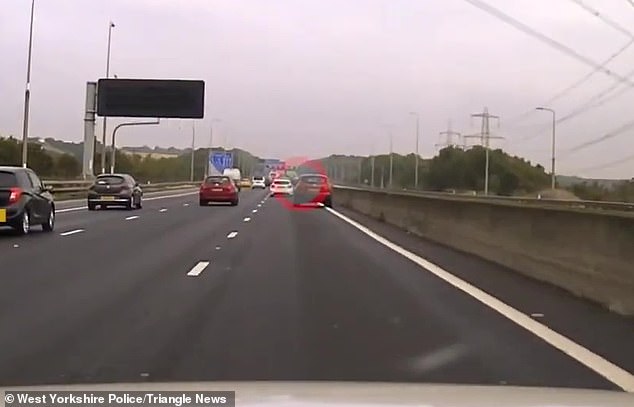 At a point in the video, the vehicle can be seen verring towards the crash barrier on the M621 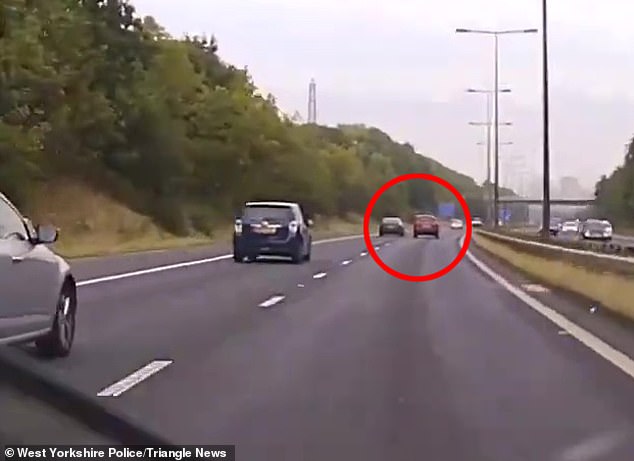 ‘In the video, one of the officers says that out of all the tests he’s ever done it is probably the worst he has ever seen.’

She said: ‘We know that over the Christmas period there tends to be an increase in family meet-ups, work dos and social gatherings, which can all contribute to an increase in, particularly, drink-driving both on the night and the morning after.

‘Last year for the first time, potentially due to pubs and bars being closed because of the pandemic, we saw nearly the same amount of arrests for drug driving as drink driving. 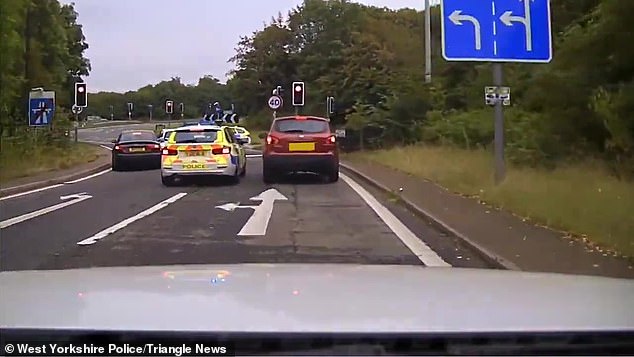 ‘Both drink or drugs can have a significant impact on a person’s ability to drive and the consequences can be catastrophic.

‘This winter season we are urging people to plan ahead and think about how they are going to get home and whether they need to put other arrangements in place to do the school run or get to work the morning after a night out.

‘If you are caught drink or drug driving, the cost to you could be a significant fine and a ban from driving, but that is the best-case scenario.

‘We don’t want to be knocking on any doors this December telling a family that their loved one won’t be home for Christmas because they have been seriously injured or died in a collision caused by a drink or drug driver.’