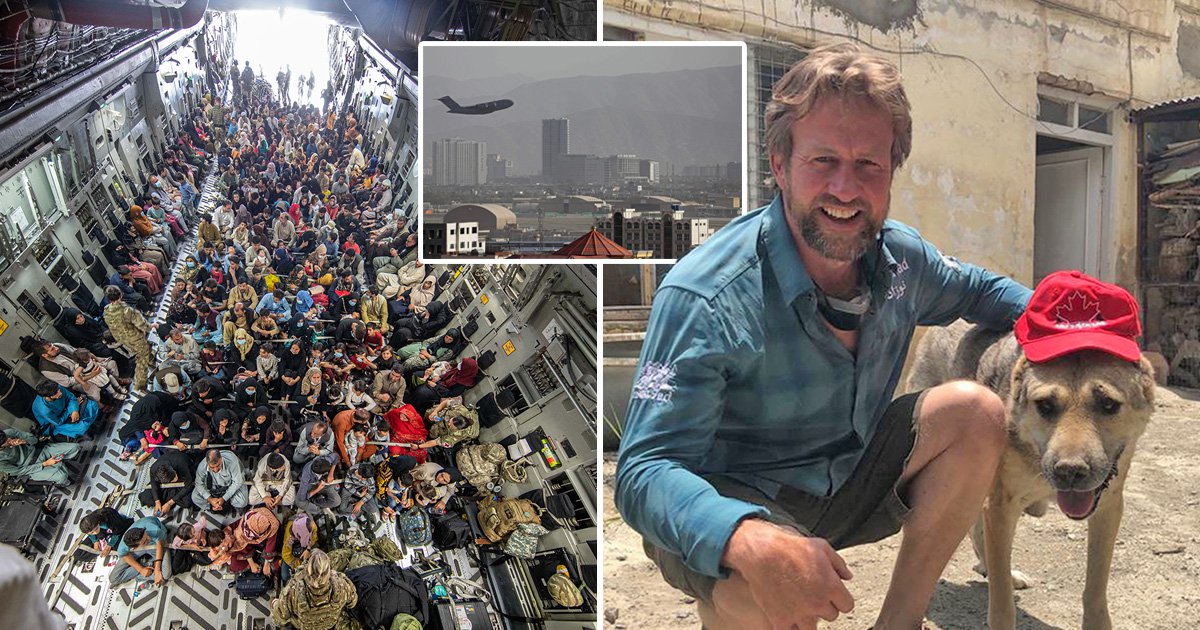 A former Royal Marine who founded an animal shelter in Kabul has made it through the airport’s security with his dogs and is awaiting an evacuation flight.

Paul ‘Pen’ Farthing’s campaign to get his staff and animals from the Nowzad shelter out of Afghanistan has caused controversy in recent days, after receiving a huge amount of public support.

Defence Secretary Ben Wallace complained some of his more militant supporters had ‘taken up too much time’ of senior commanders.

Although visas were granted for his 24 staff and their dependents, Pen refused to leave without his pets and is aiming to get 200 dogs and cats out of the country.

It was feared he’d run out of time to make it out of the country as the UK wound down its evacuation mission today.

His ‘Operation Ark’ campaign became hugely successful on social media but Wallace complained it was distracting those focusing on evacuating the most vulnerable.

However today the Ministry of Defence announced Pen and his animals were on the brink of escape.

In a tweet, the MoD said: ‘Pen Farthing and his pets were assisted through the system at Kabul airport by the UK Armed Forces. They are currently being supported while he awaits transportation.

‘On the direction of the Defence Secretary, clearance for their charter flight has been sponsored by the UK Government.’

Pen claimed on social media his team and the rescue animals had managed to reach Kabul Airport on Thursday, only to be ‘turned away’ due to changes in paperwork rules made by the US some hours earlier.

Speaking to LBC, Wallace said: ‘I think it has taken up too much time of my senior commanders dealing with this issue when they should be focused on dealing with the humanitarian crisis.’

The Defence Secretary used a series of tweets yesterday to hit out at the criticism from Pen’s supporters and condemned ‘bullying, falsehoods and threatening behaviour’ towards MoD staff.

Wallace, when asked about his tweets, told LBC: ‘My people were focused for the last two weeks on a humanitarian crisis.

‘I had to listen sometimes to calls of abuse to my advisers, to my officials, based mainly on falsehoods, that somebody, somewhere had blocked a flight – no-one blocked a flight.

‘Fundamentally, as we have seen on the media, there are desperate, desperate people, and I was not prepared to push those people out of the way for that.

‘When people’s time is right, they were called forward, and that’s the right thing to do. But I hope he comes back, he was advised to come back, his wife came back last Friday, so I hope he does as well.’

Pen said his team were 300 metres inside Kabul Airport on Thursday but were turned away and as a result got caught up in the terror attack that killed Afghan civilians queuing up to flee the Taliban and US troops.

He tweeted: ‘Went through hell to get there & we were turned away into the chaos of those devastating explosions.’

This is a breaking news story – more to follow.