Oh, Matron! 30D Yellow bikini by Dame Barbara Windsor which popped off in Carry On Camping in 1969 goes under the hammer after being rescued from a dustbin at costume company

The iconic bikini worn by Dame Barbara Windsor in Carry On Camping is set to go under the hammer after being discovered 52 years later in a dustbin.

The late star donned the instantly recognisable strapless swimwear in the classic 1969 film known for the scene when the ill-fitting top pinged off as she was stretching and hit co-star Kenneth Williams in the face.

The bikini, which still has a hole from where a fishing hook was attached to rip it off, was salvaged from a dustbin by a member of staff during a stock clearance at London costume company Bermans & Nathans in about 1990. 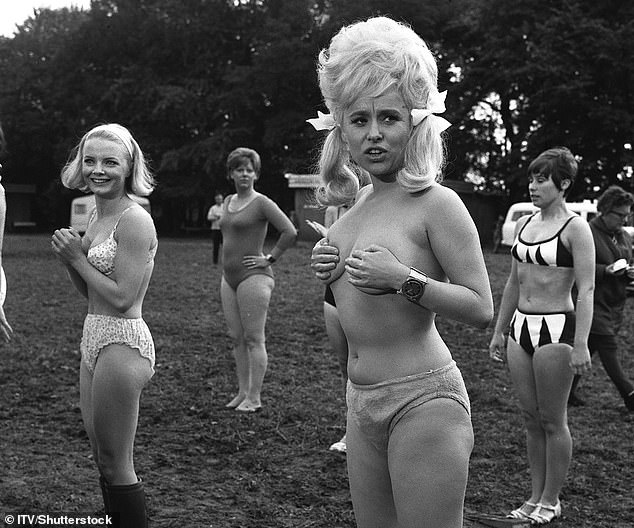 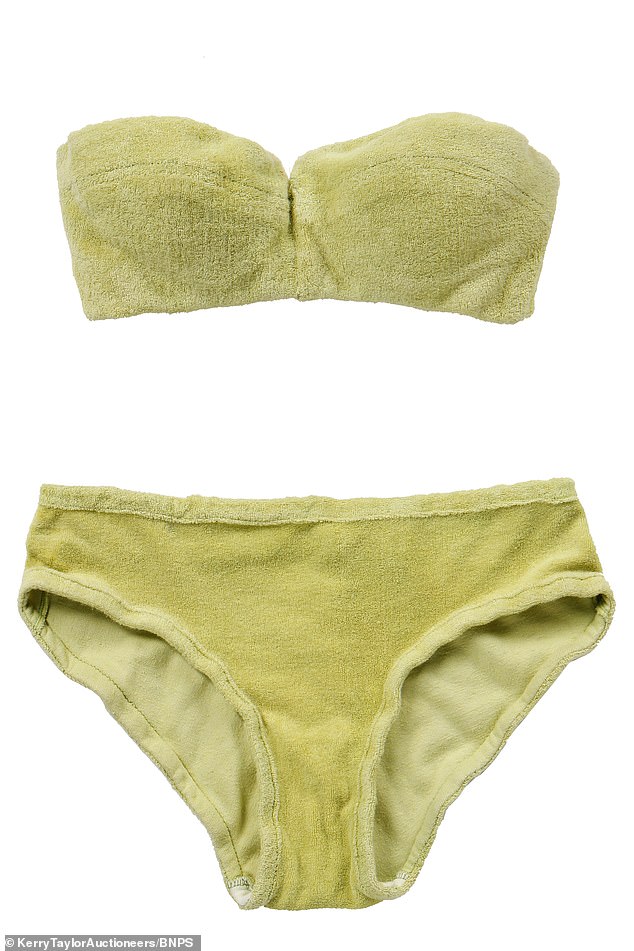 The unnamed vendor is now selling it with Kerry Taylor Auctions of London on June 15, with the proceeds of the sale going to the Alzheimer’s Society.

The chartreuse cotton towelling bikini with strapless underwired brassiere and matching briefs is tipped to fetch £1,200.

Dame Barbara died of Alzheimer’s aged 83 in 2020 and the photo of her protecting her modesty at the end of the scene was included on the order of service at her funeral.

Her husband Scott Mitchell said: ‘It’s a touching tribute to Barbara to think any item associated with that famous scene will raise money to help people living with Alzheimer’s.

The vendor, who worked there from 1987 to 1994, said: ‘The heads of department checked the rejects and staff were permitted to take anything they wanted or that they could make use of.’

Although duplicate bikinis would have been made for the film, this is the only one known to have survived. 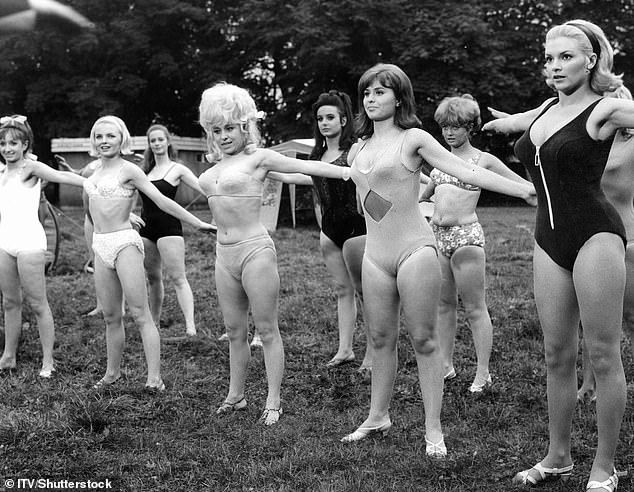 Kate Lee, chief executive of Alzheimer’s Society, said: ‘Dame Barbara Windsor inspired so many when she spoke out about her dementia diagnosis and we are so incredibly grateful to have had her and her husband Scott’s unwavering support – what they achieved for people with dementia has been truly awe-inspiring.

‘This bikini is an iconic item from an iconic lady. People living with dementia have been worst hit by coronavirus and have never needed our help more.

‘Our support services like our Dementia Connect support line have been used more than five million times since March 2020, and people tell us they have been a lifeline.

‘It is fantastic that such an iconic item will continue Dame Barbara’s legacy to support people affected by dementia, and we are touched by the generosity of the vendor.’

A Kerry Taylor spokesperson said the bikini was a memento of ‘arguably the most memorable moment of the Carry On franchise’.