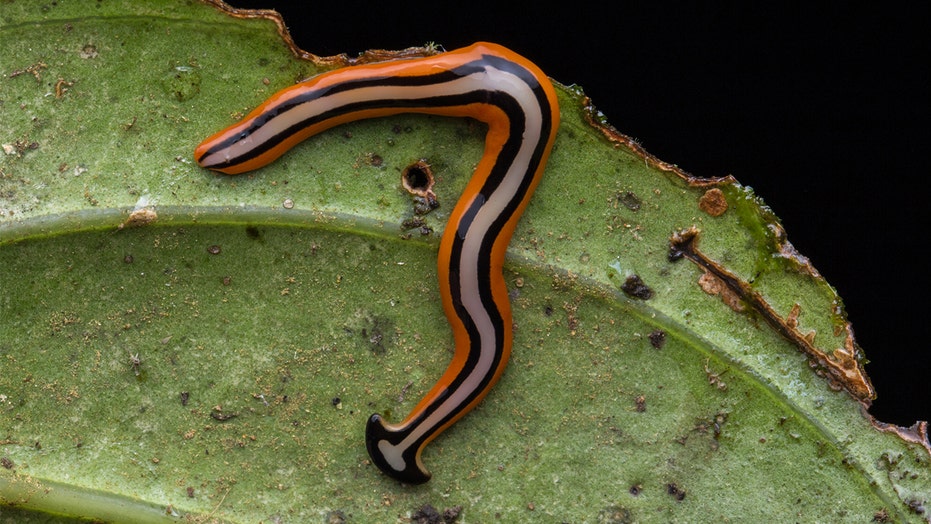 In a now-removed Facebook post, Virginia Wildlife Management and Control, a local pest control service, wrote that its hotline had received a call about a weird looking “snake” in Midlothian, Va., just outside Richmond.

“The problem is, we’ve never seen anything like it before, and we’re not sure if it’s a freak of nature,” the company wrote. 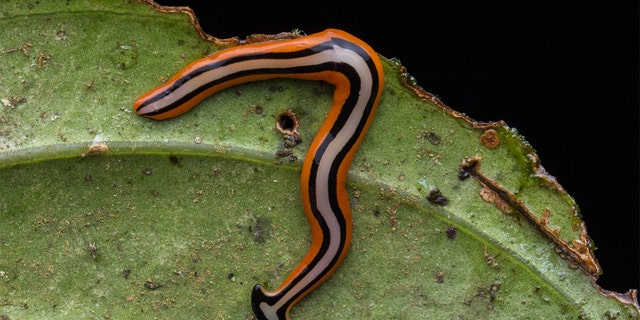 This stock image shows a smaller specimen of a hammerhead worm from Borneo. They can grow up to about a foot in length.

It turns out, it wasn’t a snake but an invasive hammerhead worm, according to a follow-up post that also appears to have been removed. The company did not respond to a request for comment.

Hammerhead worms are native to Asia, according to the Charlotte Observer. They feed on normal earthworms and other organisms in the soil — and sometimes cannibalize themselves.

And like common earthworms, when cut in half, both sides remain alive and continue to grow, rendering them hard to kill – or “essentially immortal,” as one commenter put it.

Pest control experts suggest killing them by pouring salt or orange essence over them instead.

They are not a threat to humans or pets.

But experts aren’t sure what effects they have on soil fertility and nutrient cycling, according to Morning Ag Clips, an agricultural news site.

The hammerhead worms have a “half-moon shaped head” that gives them their name, similar to a hammerhead shark, and they can grow up to about a foot in length, according to the Texas Invasive Species Institute.

They are attracted to hot, humid environments and are mostly active at night, according to the institute. Although they have invaded numerous states on both sides of the Mississippi River, they remain rare in Virginia.

Another Midlothian homeowner said she'd seen only one in 25 years living in the area.

A resident of Virginia Beach, more than 100 miles to the southeast, found another large specimen on her patio in 2013, the Virginian-Pilot reported at the time.

They’ve also cropped up in California, Florida, Georgia, Louisiana, Texas and the Carolinas, according to the Texas Invasive Species Institute – and they’ve appeared seasonally or around greenhouses in more than a dozen other states.

Binance expects its users to transfer their holdings to its US subsidiary which, though regulated, is not yet available in all the 50 states of...

After rallying 80% in two months, Bitcoin (BTC) is recapturing media interest from the top end of town, with The Wall Street Journal discussing the...

This Thanksgiving, think about your turkey dinner leftovers before they’re left over. You’ll likely have leftovers, whether your spread is throwback-large or scaled-down out of...

As Bitcoin (BTC) keeps gaining momentum, the fear of missing out on investing in the world’s largest cryptocurrency is growing each day. On Nov. 18,...

UK Private Sector Contracts Most Since May

The UK private sector contracted the most in six months in November due to the fastest reduction in service sector output since May amid temporary...