Covid marshal is sacked for chasing down an innocent man, ‘aggressively’ searching him and threatening him with ARREST while he was on his way home from the shops

A Covid marshal has been removed with ‘immediate effect’ after carrying out an ‘aggressive’ stop and search on a man heading home from the shops.

Floyd Langridge, 44, was smoking his cigarette as he walked home with supplies when he says he was approached by a Covid marshal.

He said the man ‘abused’ his position and chased and grabbed him outside a Waitrose in Tonbridge, Kent.

The part time cleaner was left ‘shaken’ by the incident after he was falsely accused of smoking cannabis, then threatened with arrest and filmed on a body camera. 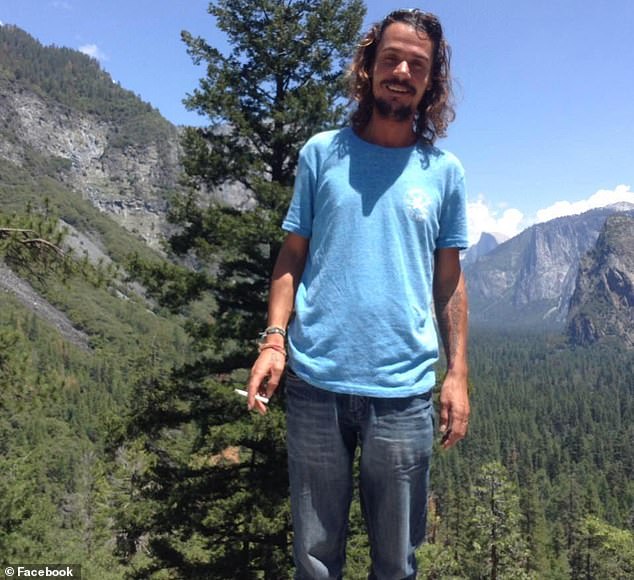 Floyd Langridge, 44, was smoking his cigarette as he walked home with supplies when he says he was approached by a Covid marshal 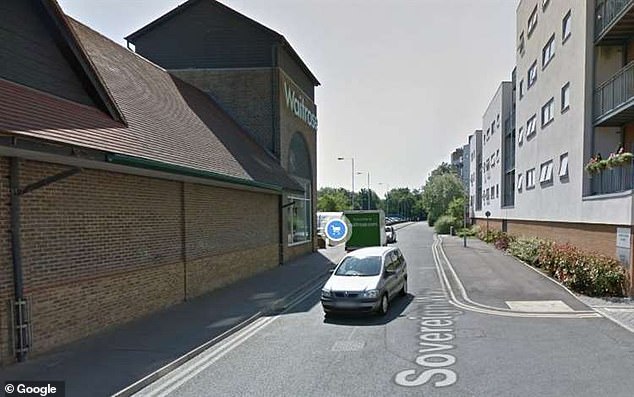 He said the man ‘abused’ his position and chased and grabbed him outside a Waitrose in Tonbridge, Kent (general view)

Mr Langridge told Kent Online: ‘There were crowds of people going into the post office and not social distancing, but the two marshals were not interested in that at all.’

So what powers do Covid Marshals have?

Those breaking the rules can expect a £100 fine from police, which will then double on each repeat offence up to £3,200, with the Covid marshals also introduced in a bid to improve the enforcement capacity of local authorities.

Some councils already have marshals who go to busy areas and give advice if people are not social distancing.

They also explain the rules, such as wearing a face mask on public transport.

They cannot fine people but they can alert the police. The move addresses concerns that police were struggling to enforce social-distancing rules because they applied differently in various circumstances.

Police have the power to arrest rule-breakers if needed, as well as fining them £100, which will then double on each repeat offence up to £3,200.

Recently retired environmental health officers will also be drafted in to enforce legislation at pubs and restaurants.

The marshals will help enforce social-distancing rules and ensure contact details of all customers are collected for the test and trace system.

They will will patrol parks, shopping centres, train stations and other areas where groups of people are likely to gather in larger numbers.

He added: ‘I felt intimidated and was frightened. One of the marshals was a big man and very aggressive. He grabbed hold of my pockets and tried to arrest me.’

Council chiefs say the Covid officer has been replaced with ‘immediate effect’ after he was hired by a private contractor security firm.

Tonbridge & Malling Borough Councillor Mark Hood accused the street warden of ‘behaving like a police officer’ and called for a review of the government-led scheme.

He said: ‘Covid marshals are not fulfilling their duties. They are meant to be advising on social distancing and making people aware of the guidance, but they seem to be overreaching their remit.

‘I am not sure how long we are going to have them, but someone needs to get them to focus on what they should be doing, such as breaking up large groups of people.’

They used £55,000 of funding from the government’s Covid ‘local enforcement’ grant.

The Covid-19 secure street wardens, wearing hi-vis jackets, have been deployed by the government under a £60million project to offer advice on social distancing, encouraging members of the public to wear face masks in shops etc, in a bid to prevent the spread of the virus.

But they have no enforcement powers.

Tonbridge & Malling council says it will be ‘strengthening the training’ of marshals in future following the episode.

A spokesman said: ‘The presence of Covid marshals on our streets has been generally welcomed by residents who recognise their role in supporting our response to the growing threat posed by the pandemic.

‘We therefore take any complaints about their conduct very seriously and in this instance agreed with the company which provides our marshals that the staff member concerned should be replaced with immediate effect. 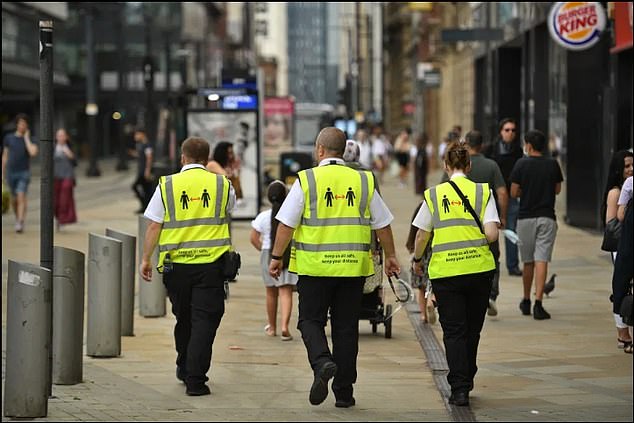 ‘We will be working with the contractor to review and strengthen the training our marshals receive to ensure they are absolutely clear on the scope of their role which is to provide a reassuring presence and help keep people safe.’

Kent Police confirmed they were called to the incident took place on December 10 following a report of a disturbance.

They said officers attended and after speaking to the involved parties no offences were identified.

For CK Colindres and her two children, 12 and 2, weekends were always spent strolling in malls and dining out in the Philippine capital of...

(Reuters) - German biotech firm CureVac plans to sell 5 million shares in a secondary offering, the company said on Monday, as it starts late-stage...

Brexit: Italy 'most likely to leave EU next' says McCraeItalian National Institute of Statistics, ISTAT, stated: "In 2019, the flow of expatriates to the United...