COVID-19 has arrived at a remote Chilean army base in Antarctica, with 36 people testing positive on Monday, Chile time.

According to the 5th Military Division of the Chilean Army, quoted by Spanish-language media, the group who tested positive is made up of military personnel and employees of an external maintenance company — 26 are uniformed personnel and 10 are civilians. 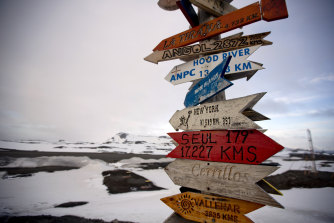 The army said all were tested quickly and were being monitored by a medical team with the help of the health department.

"All present a favourable diagnostic and without any complication associated with the virus", the army statement as quoted in several reports.

The Bernardo O'Higgins Riquelme base is located close to the northernmost tip of the Antarctic Peninsula in West Antarctica well away from Australia’s bases in East Antarctica.

The Australian Antarctic Division was seeking confirmation with Chilean authorities, the ABC reported.

All 36 people have reportedly been evacuated to Southern Chile, where they are reported to be under isolation and in good condition. The station personnel were replaced by a new crew who had been quarantined and tested negative prior to their journey.

The Chilean Navy also reported on Monday that three crew members of a ship that provided logistical support to the Antarctic base had tested positive for the virus after returning from their mission, while the entire crew had tested negative before leaving for the voyage.

PABLO Escobar's so-called "cocaine hippos" are out of control and must be culled, scientists have said. Experts fear the hippos, which breed in Colombia's Magdalena...

WILMINGTON, Del. — Joseph Robinette Biden Jr. has navigated a half-century in American politics by relentlessly positioning himself at the core of the Democratic Party....

Police and National Guard troops stood sentry at newly fortified statehouses Sunday ahead of demonstrations planned for the leadup to President-elect Joe Biden’s inauguration, as...