Is Sydney facing a super-spreader disaster?

Four days before Christmas, Sydney is battling to contain an outbreak of COVID-19, writes Professor Raina MacIntyre, the head of the Biosecurity Research Program at the Kirby Institute, UNSW Medicine.

If you've had your breakfast and you can stomach some hard, cold facts, you can read Professor Raina MacIntyre’s full article here. 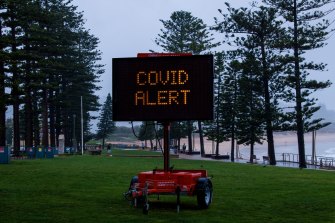 A COVID alert sign at Sydney’s Dee Why beach.Credit:James Brickwood

For Jill Osthoff, watching her grandchildren open their presents is a highlight of Christmas Day.

But now the Elanora Heights grandmother faces the prospect of her festive tradition being dashed as Sydney's northern beaches community races to keep the spread of COVID-19 under control.

Jill’s story is being echoed in households across Sydney this morning. 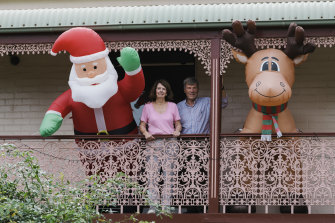 Jill and Joachim Osthoff, from Elanora Heights on Sydney’s northern beaches, won’t be with their family this Christmas.Credit:James Brickwood

European countries close their borders to the UK

If there's any consolation right now, it's that authorities in NSW have – we hope – caught this latest outbreak before it gets too far out of hand.

The same can't be said in countries across the US and Europe, where a second wave of COVID-19 is sweeping through communities and resulting in hard, long-term lockdowns.

A new, fast-spreading strain detected in the south of England led to countries across Europe on Sunday announcing bans on flights to and from the UK.

You can read more on the EU border closures here. Bevan Shields also has more details of the new strain sweeping England.

'It just became impossible': Why the Sydney-Hobart was cancelled

The Australian sailing community was left reeling after the decision was made on Saturday to cancel the Sydney to Hobart for the first time ever.

Tasmania had thrown up a hard border to anyone from Sydney's northern beaches, affecting approximately a third of the race's fleet.

One of the most common suggestions from fans was for the fleet to just turn around and sail back after arriving at Hobart.

Commodore Noel Cornish, of the Cruising Yacht Club of Australia, explains that the idea was canned due to concerns about the fate of crews who couldn’t make it back. 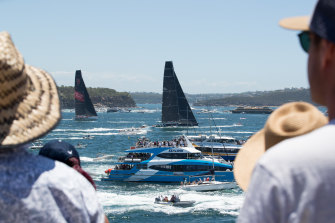 Cancelled for the first time ever. Credit:Janie Barrett

Welcome to the week – and to our coronavirus coverage

Hello and thanks for joining us – so close to Christmas, we only wish it was under happier circumstances.

We'll be with you all day for live updates of coronavirus news as it unfolds both across Australia and overseas.

You can recap with this report from today’s paper, which summarises the situation as NSW fights to contain the country's latest COVID-19 outbreak.

This outbreak has thrown Christmas plans into chaos – states and territories have been unanimous in asking people from NSW not to visit. We also have this state-by-state break down of what border rules are currently in place.

What’s buzzing on social media this morning: Larry King, the interviewer whose schmoozy style attracted celebrities, politicians and other newsmakers as guests and made him...

What’s buzzing on social media this morning: Larry King, the interviewer whose schmoozy style attracted celebrities, politicians and other newsmakers as guests and made him...

Rep. Jordan on potential Trump impeachment: ‘I do not see how that unifies the country’ Rep. Jim Jordan, R-Ohio, calls the Capitol riot ‘a tragedy,’...