CORONAVIRUS deaths today rose by 150 in the UK's deadliest day since June 3.

A further 16,171 people have also tested positive for the disease in the third highest daily rise – bringing the total in Britain to 705,428. 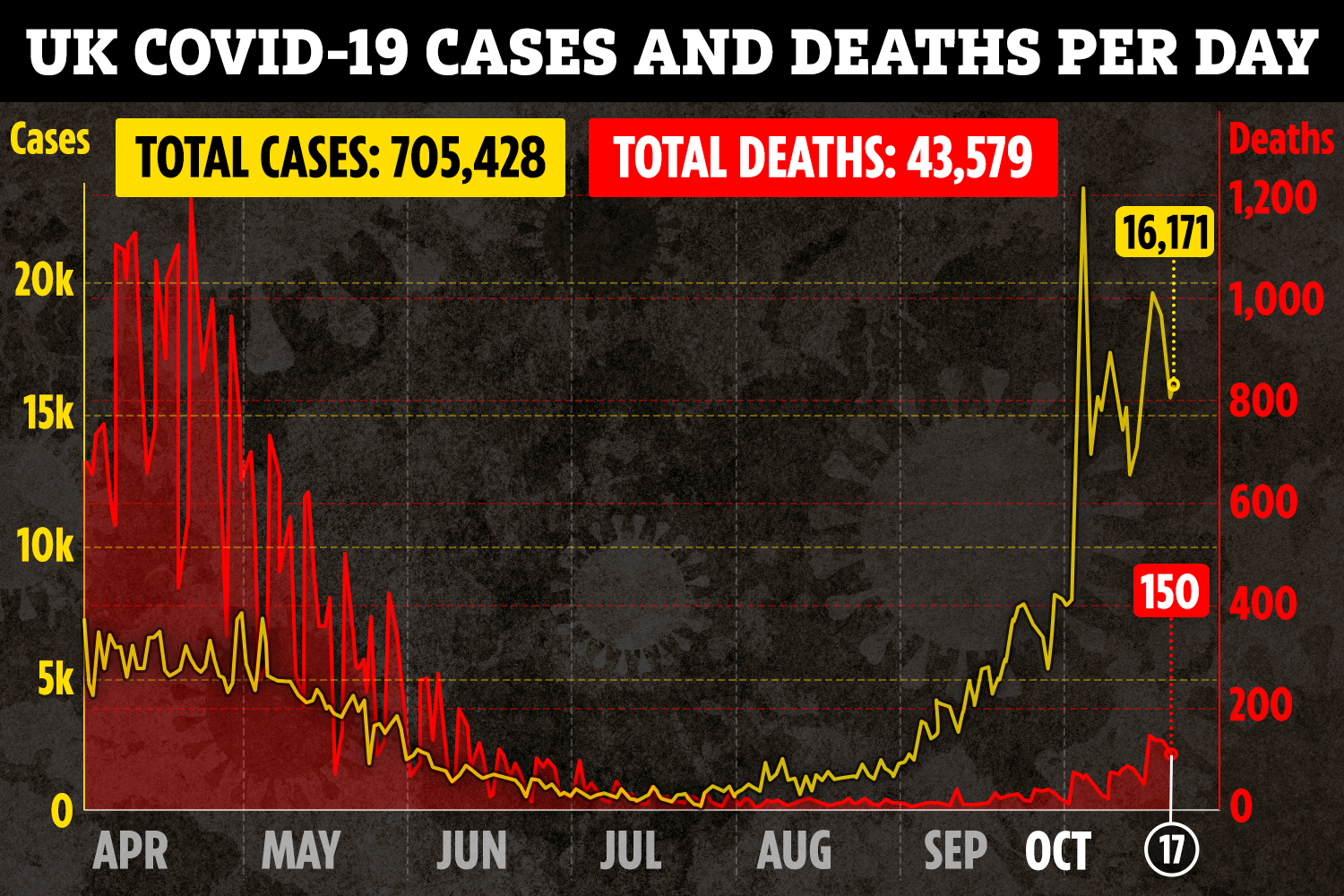 The Department of Health also confirmed a further 150 people have died.

Today's number is the highest it has been since June 3, when 155 people died.

And it brings the total number of people who have died within 28 days of testing positive to 43,579.

Today's daily case figure is the third highest rise ever after 22,961 tested positive on October 4.

But that was after Public Health England admitted they had missed 15,841 cases from their official stats between September 25 and October 2.

The backlog led to an over-inflated record high of 22,961 additional cases.

There was some hope yesterday new lockdown measures were working when the daily cases dropped by a sixth from the day before to 15,650.

In England today, 86 people died from coronavirus in hospital – bringing the country's total to 30,910.

The latest victims were aged between 44 and 99 – with all but two suffering underlying health conditions.

Scotland suffered a further 15 deaths – with their total now on 2,609.

In Wales, another five people died – bringing the total to 1,708.

And in Northern Ireland, total deaths are now at 610 after two more died.

It comes as millions of Brits today woke up to tough new measures to curb the spread of the disease.

Londoners clashed with cops last night just hours before the capital was plunged into Tier 2 lockdown.

The fresh restrictions mean different households will no longer be able to share a pint inside pubs in the capital.

But people can meet up in beer gardens and private gardens, where the national rule of six applies.

A Battle of the North is still rumbling on between Boris and Manchester mayor Andy Burnham over placing the city under Tier 3 restrictions.

Under the new rules, people are banned from mixing with other households, indoors or outdoors.

Businesses such as leisure centres and bars not serving food must close, but restaurants and schools can stay open.

Boris Johnson is now facing calls from his own MPs for a national "circuit breaker" lockdown.