The owners of a failed private school in Kilmore have launched a last-ditch bid to try to save it, insisting they support the continuation of the Colmont School and have investors willing to commit funding to keep it alive.

But the proposal, understood to involve investors from China, has been rejected by the school’s administrators. 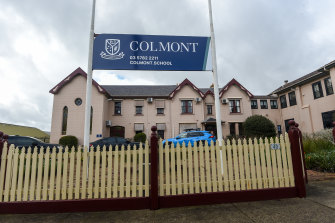 In their first public statement since the school’s shock announcement last week that it would close, leaving hundreds of students just days to find a new school, the landlords said they had put forward an investment proposal “that would provide sufficient funding to allow the school to resume full operations”.

The landlords said they would seek to force out the voluntary administrators, charged with shutting the school down, at a scheduled creditors’ meeting on Friday and replace them with new administrators who would help them to revive it.

Colmont School’s failure has been attributed to border closures during the COVID-19 pandemic, when the number of fee-paying international boarding students enrolled at the school collapsed.

Year 11 students are due to have their last day at the school tomorrow, with year 12 students due to leave on Tuesday. Students in years 3 to 10 have already left and most staff positions have been terminated.

There are no other schools near Kilmore that offer the International Baccalaureate (IB) – an alternative curriculum to the VCE – that was Colmont’s chief enticement.

Parents, some of whom moved to the region specifically for Colmont, have been forced to scramble to find new schools for their children. Some families protested at Parliament House on Thursday.

Melbourne’s Ivanhoe Grammar, which offers the IB, said it was trying to provide places for dozens of year 11 and 12 students to complete their schooling and exams.

“We are, however, still working through the process to achieve this,” principal Gerard Foley said.

Colmont did not own the campus land and buildings, which is unusual for a school.

Landlord Chien-long Tai, who bought the school in 2019, said he did not know until Wednesday last week that its financial situation was so dire that voluntary administrators had to be appointed. That was the same evening students, families and staff received the news.

“The landlords offered to provide rent relief to the school in the way of forbearance from enforcing defaults of the leases for up to six months,” he said. “This would at least allow year 12 students to continue their studies.

“The landlords have also put forward a proposal on behalf of other investors that would provide sufficient funding to allow the school to resume full operations.”

An unpublished draft audit of the school’s accounts for 2021, seen by The Age, indicates the school had a deficit of $4.38 million and suffered a $6.14 million decline in revenue to $11.23 million. Its employee expenses were $9.07 million, barely changed from the year before. The school had roughly one staff member for every four students.

Voluntary administrators Vince & Associates, appointed by the school board last week, deemed the school was on the cusp of insolvency and are overseeing its snap closure.

Administrator Paul Langdon wrote to parents this week, saying they have seen no credible offers from the landlord.

“There is currently no tangible restructuring or recapitalisation proposal or plan that has been put to us,” they wrote. “While the landlord may have reached out to you advising that an offer/plan of some variety has been submitted to us, I confirm that this is false.”