EXCLUSIVE: Child killer Colin Pitchfork is ‘using a new name’ and will be forced to tell new girlfriends about his crimes or face going back to jail – as inmates warn ‘he’s still a danger to women and children’

Freed double child rapist and murderer Colin Pitchfork is using a new name – but must tell any new girlfriends his appalling crimes or end up back in jail.

The 61-year-old sexual predator is known to have been calling himself David Thorpe behind bars in HMP Leyhill.

But the killer must be ‘upfront’ with anyone he starts any relationship with or any prospective employers about who he is and what he has done.

A source told MailOnline: ‘If he was trying to hide who he was, say if he started a relationship or a job, he would have to be upfront about who he was.

‘If a probation officer got wind of that it would undermine his licence – and potentially land him back behind bars.’

Pitchfork, who has not legally changed his name,  strangled and raped 15-year-olds Lynda Mann and Dawn Ashworth in Leicestershire in 1983 and 1986.

Barbara Ashworth, mother of Dawn, said yesterday: ‘Well it was on the books that he was going to be released, but I don’t think he should be breathing the same air as us.

‘It goes without saying that life should have meant life in his case, because he said he was guilty of the offences, the murders of both the girls… and he did a lot more besides.’

In a clear indication of the threat he still poses, he will be subject to some of the strictest licence conditions ever set. 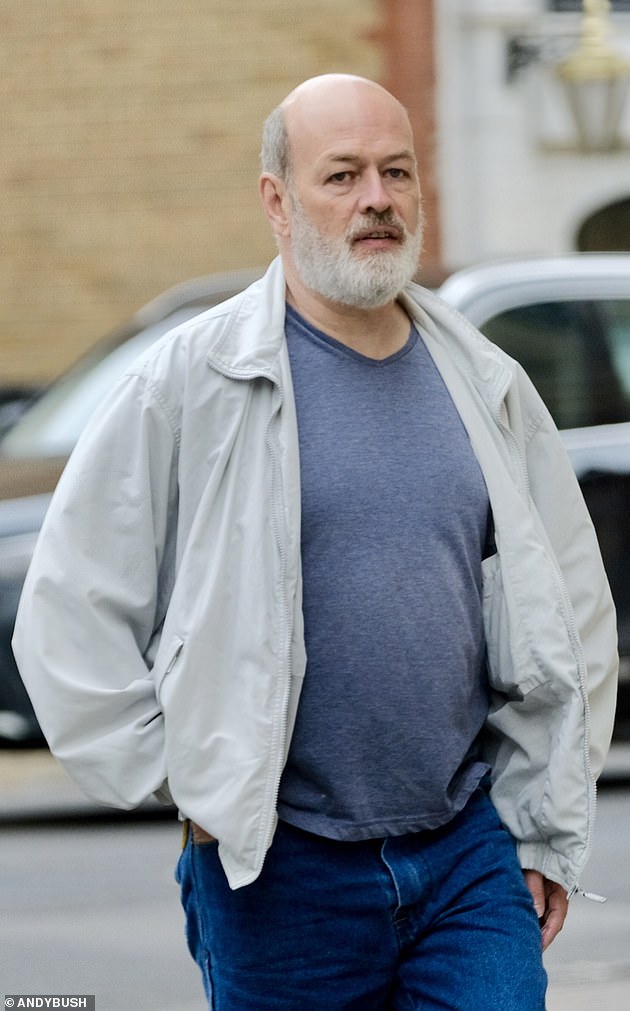 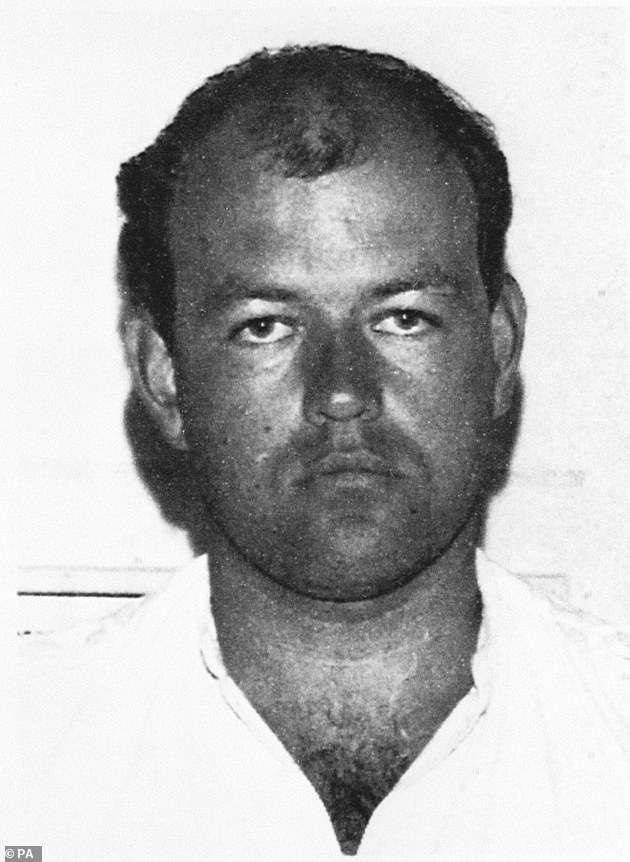 The killer will wear an electronic tag so he can be monitored at all times, banned from going near the relatives of his victims and face restrictions on using the internet by himself.

He may also face spot lie detector tests to see whether he has broken any conditions.

It had been suggested by another former Leyhill prisoner who phoned into radio station LBC that Pitchfork had got a new identity.

He said: ‘He’s been given a new name, he’s the most arrogant prisoner I have ever come across.

‘He talked down to prisoners. He’s got that much protection around him you can’t do anything.

‘He’s still got that look in eyes – he switches quick. When he got his parole he was walking round with a bigger smile on his face than he ever had.

‘He is still a danger 100 per cent. He would get annoyed when female staff would tell him off.’

Pitchfork became the first man convicted of murder on the basis of DNA evidence in 1988 as he admitted two murders, two rapes, two indecent assaults and conspiracy to pervert the course of justice. 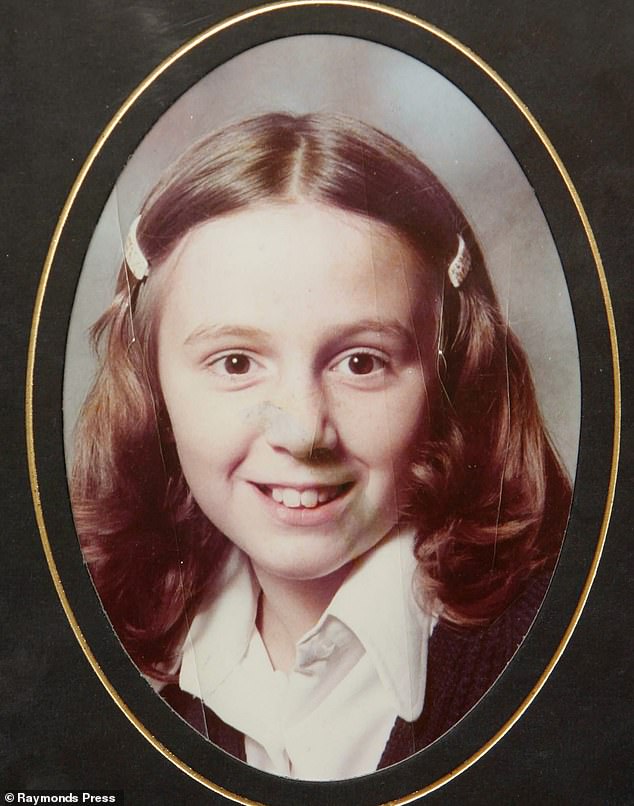 Pitchfork raped and strangled Lynda Mann (pictured as a schoolgirl aged 15) after dropping his wife off at an evening class and while his baby son slept in the back of his car. 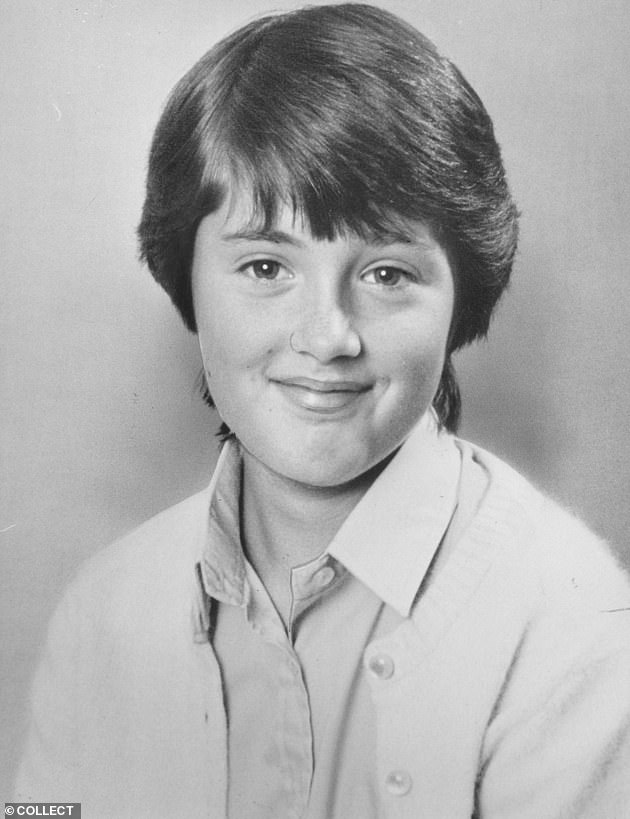 DNA evidence – then in its early use in criminal cases – played a key role in solving the murders of Lynda Mann and Dawn Ashworth.

It was first used in the investigation following the death of Pitchfork’s first victim – Lynda Mann.

Then 15, Lynda was grabbed, raped and murdered as she walked home from babysitting earlier that day.

DNA was used at the start of the investigation, when a sample of semen taken from her body was found to be from a person with type-A blood.

It also matched an enzyme profile of just 10 per cent of males.

But with few leads and no direct suspects, police left the case open.

When she did not return, a search was launched and, like Lynda, her body was found having been raped.

Police again found similar DNA, and with the murder having been carried out in a similar way, detectives realised they were looking for a double murderer.

Officers had another suspect in mind at the time, Richard Buckland – a 17-year-old with learning difficulties who had confessed to the second murder and had knowledge of the first. He would later be exonerated.

But it wasn’t until Sir Alec Jeffreys, a genetics researcher at nearby Leicester University, became involved that his innocence was proved.

And he used it to compare DNA samples found on both bodies.

It proved the killer was the same person – but not Buckland.

Later, police launched a DNA drive and up to 5,000 men in three villages were asked to volunteer blood or saliva samples.

However, no matches were found.

But in 1987 a bakery colleague of Pitchfork was overheard boasting how he was set to receive £200 to pose as Pitchfork and give a sample.

His 30-year minimum term was cut by two years in 2009, he was moved to an open prison three years ago and released on Wednesday.

Both victims’ families have said on previous occasions that they believe Pitchfork – who has been in an open prison in recent years and who was seen ambling around shops in Bristol in 2017 – remains a danger to the public.

South Leicestershire MP Alberto Costa, who has campaigned against the killer’s release, said he was ‘deeply disappointed’ by the decision and said he had done all he could to halt it.

He said: ‘I am extremely saddened and deeply disappointed that the convicted child rapist and killer Colin Pitchfork has today been released from prison.

‘Since I was first elected MP for South Leicestershire, where Pitchfork’s heinous crimes took place, I have worked tirelessly on behalf of my constituents and countless others to oppose his release.

‘While I respect the Parole Board’s decision to reject the Government’s challenge against his release, I do not agree with it. In my view, Pitchfork still presents a very real danger to the public.

‘This case has made clear that the Parole Board’s opaque practices and processes must be reformed, and the system must work better for victims and their families, and I very much look forward to helping to shape the system for the better in the Government’s forthcoming root-and-branch review of the Parole Board.

‘Questions will, of course, remain as to whether someone who has committed such heinous crimes should ever be released, in cases such as these where two innocent girls were murdered in the most horrendous fashion, life should simply mean life.

‘My thoughts today, as ever, are with the families of Lynda Mann and Dawn Ashworth.’

Pitchfork, who at the time was a baker and known to police as a serial flasher, attacked his victims and dumped their bodies on dark, secluded footpaths in Leicestershire.

He raped and strangled Lynda in Narborough after dropping his wife off at an evening class and while his baby son slept in the back of his car.

Three years later he raped and murdered Dawn in a similar attack in nearby Enderby.

The killer was the first criminal to be caught by the revolutionary DNA profiling process pioneered by Sir Alec Jeffreys at the University of Leicester.

He was eventually caught after the world’s first mass screening for DNA, as 5,000 men in three villages were asked to volunteer blood or saliva samples.

No matches were found. But in 1987 a bakery colleague of Pitchfork – who had been there as an apprentice and had expressed a desire to set up his own cake-making business – was overheard boasting how he was set to receive £200 to pose as Pitchfork and give a sample.

Pitchfork was jailed for life in 1988.