It came during the height of the Cold War, as the US and the USSR risked initiating nuclear war through a bitter power-driven spat. This threatened to boil over during the Cuban Missile Crisis when Soviet Premier Nikita Khrushchev fulfilled Fidel Castro’s request to place nuclear weapons on the island. Most experts agree that the 13-day standoff “brought the world to the brink of nuclear disaster,” with both nations armed to the teeth with weapons capable of obliterating each other.

The narrator said: “March 1968, an unexplained and catastrophic accident causes a Soviet Golf-class submarine – known as K-129 to sink to the bottom of the Pacific while on route to its patrol station off the coast of Hawaii.

“Publicly, no one in the world knew what happened, where the submarine was or what secrets might be hidden on board.

“Behind-the-scenes, however, investigators caught wind of a classified US government operation to prey the wreckage from the floor and uncover whatever secret technology might be hidden within. 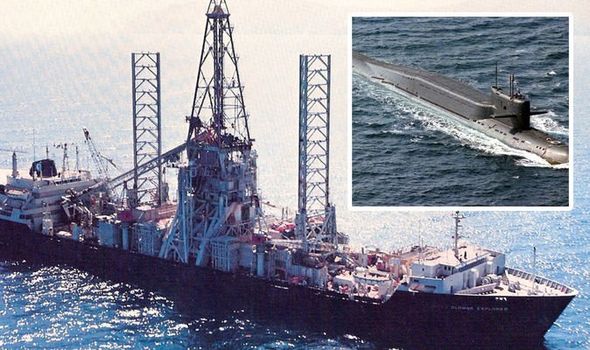 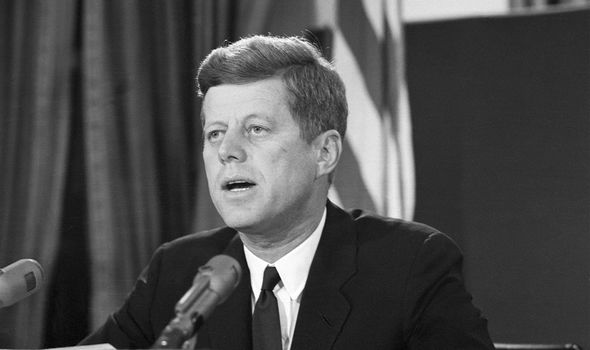 “The mission was codenamed Project Azorian and it was launched from a covert ship named Glomar Explorer.”

The series went on to reveal why the submarine posed a threat in the first place.

It added: “From the limited information that has since become available, it is believed that K-129 was carrying three ballistic missiles – each armed with a one megatonne nuclear warhead.

“It was armed and ready to launch at West Coast targets in the US in the event of nuclear war.

“The submarine’s presence was likely detected by the US Navy’s underwater SONAR system used at the time to identify and track underwater Soviet threats. 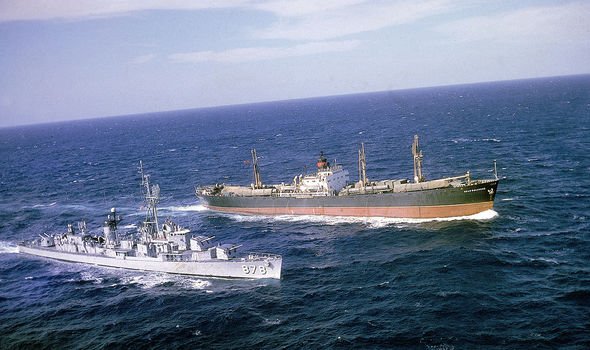 “Little is known about the cause of the accident, or how the submarine came to rest three miles below the ocean’s surface.”

But the US President at the time is said to have given the go-ahead for a covert recovery mission.

The series added: “Envisioning a treasure trove of top secret information, and the opportunity to steal a Soviet nuclear submarine, Richard Nixon approved the creation of a special task force within the CIA known as the Special Projects Staff in August 1969.

“Tasked with retrieving the submarine and its valuable cargo, the group was instructed to carry out the mission without alerting the Soviets to the fact the US knew K-129 existed.

“Project Azorian was so secret that only a small group of people in the CIA and White House knew about it and over the next few years they created a plan to retrieve the 1,750-tonne submarine. 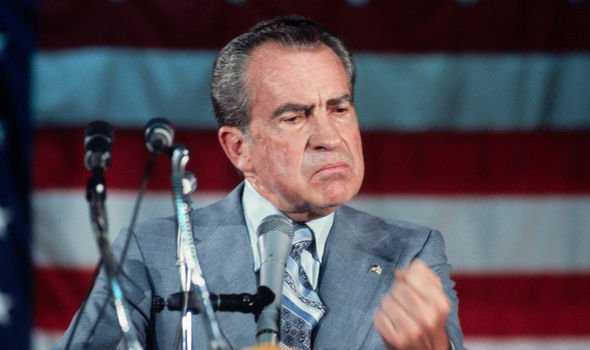 “The plan relied on a specially-designed sling that would cradle the submarine and slowly pull it to the surface.

“The ship was completed in 1973, and stationed in Long Beach, California – to outside observers the ship looked like it was embarking on a quest to extract valuable manganese nodules from the ocean floor.”

The documentary explained how the wreck was eventually uncovered, though it is still unclear what they found.

It continued: “Even though it would be several years later that the Glomar Explorer would reach K-129, the Soviets still maintained a watchful eye on the area.

“They spent two weeks following the salvage vessel with suspicion when it finally arrived on site in the summer of 1974. 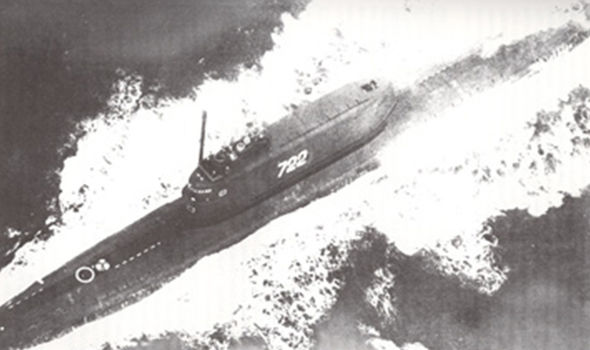 “Spies may have tipped them off about the mission, but Soviet intelligence was unable to confirm the salvage target and determined recovery was impossible.

“By the time they realised what was happening, it was too late to stop the salvage and it took just four weeks to winch the submarine to the surface.

“The entire operation was recorded, but to this day, little is known about the operation and how valuable the intelligence gathered was.”

While it is thought the ship recovered a portion of K-129, a mechanical failure in the grapple caused two-thirds of the recovered section to break off during recovery.

It is believed no nuclear missiles were recovered from the wreck.

BAmericans are bracing for the strongest inflation in a decade, according to a new Fed survey.One-year inflation expectations rose in February to 3.1% from 3%,...

Deutsche Borse’s electronic trading platform, Xetra, is preparing to launch its first Ether (ETH)-based exchange-traded products, or ETPs.According to data from Xetra, the platform is...

PROTESTS have erupted outside the Trump Tower, with demonstrators calling for Trump's arrestcalling for Donald's arrest. Meanwhile,Trump supporters were excited to welcome the former president...

BURGER King is getting slammed on social media over a controversial tweet posted on International Women’s Day. Twitter users are threatening to “cancel” the fast...