The Chief Medical Officer said that people who spread the falsehoods about the Covid vaccine should be "ashamed" at a press conference this afternoon. 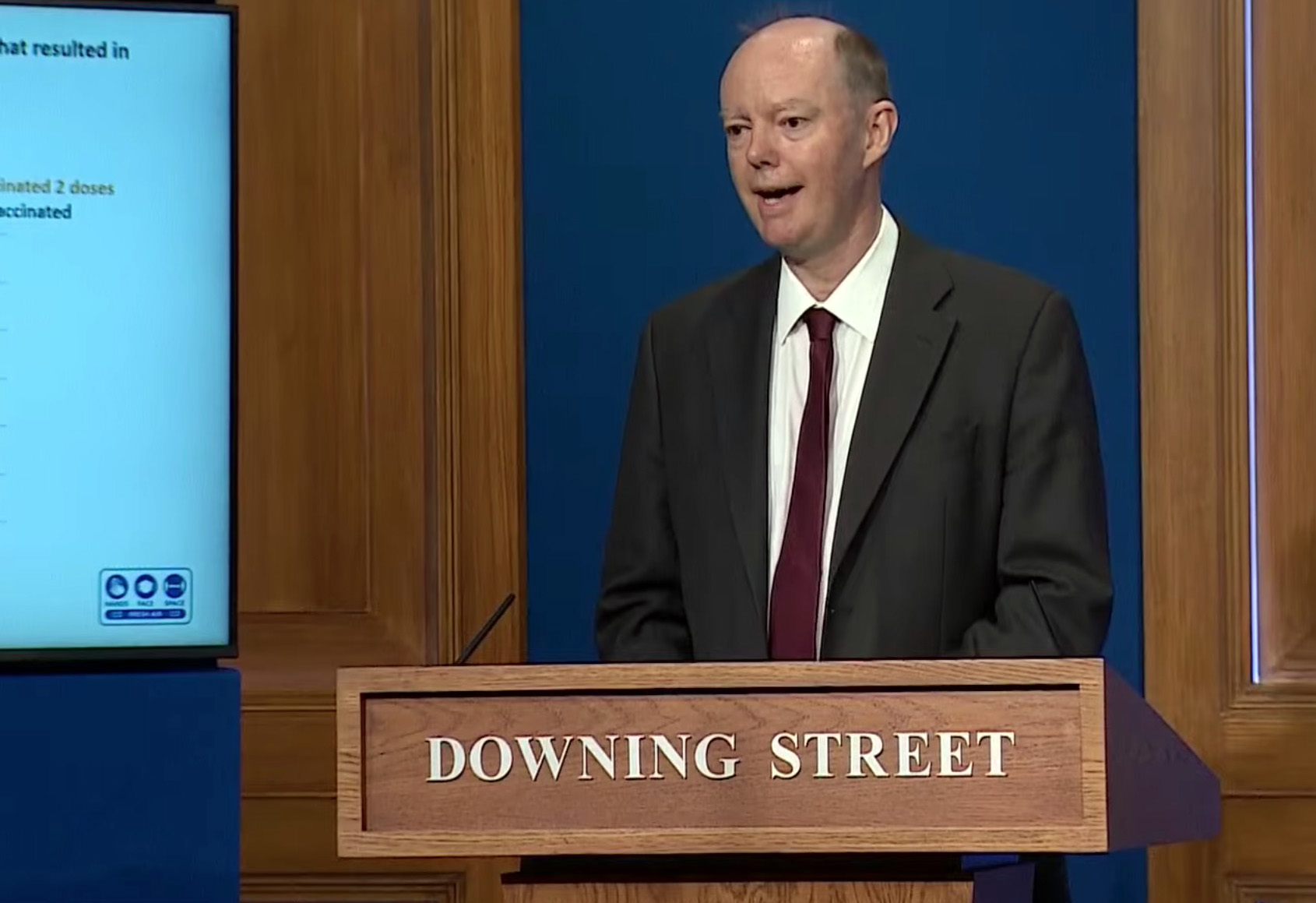 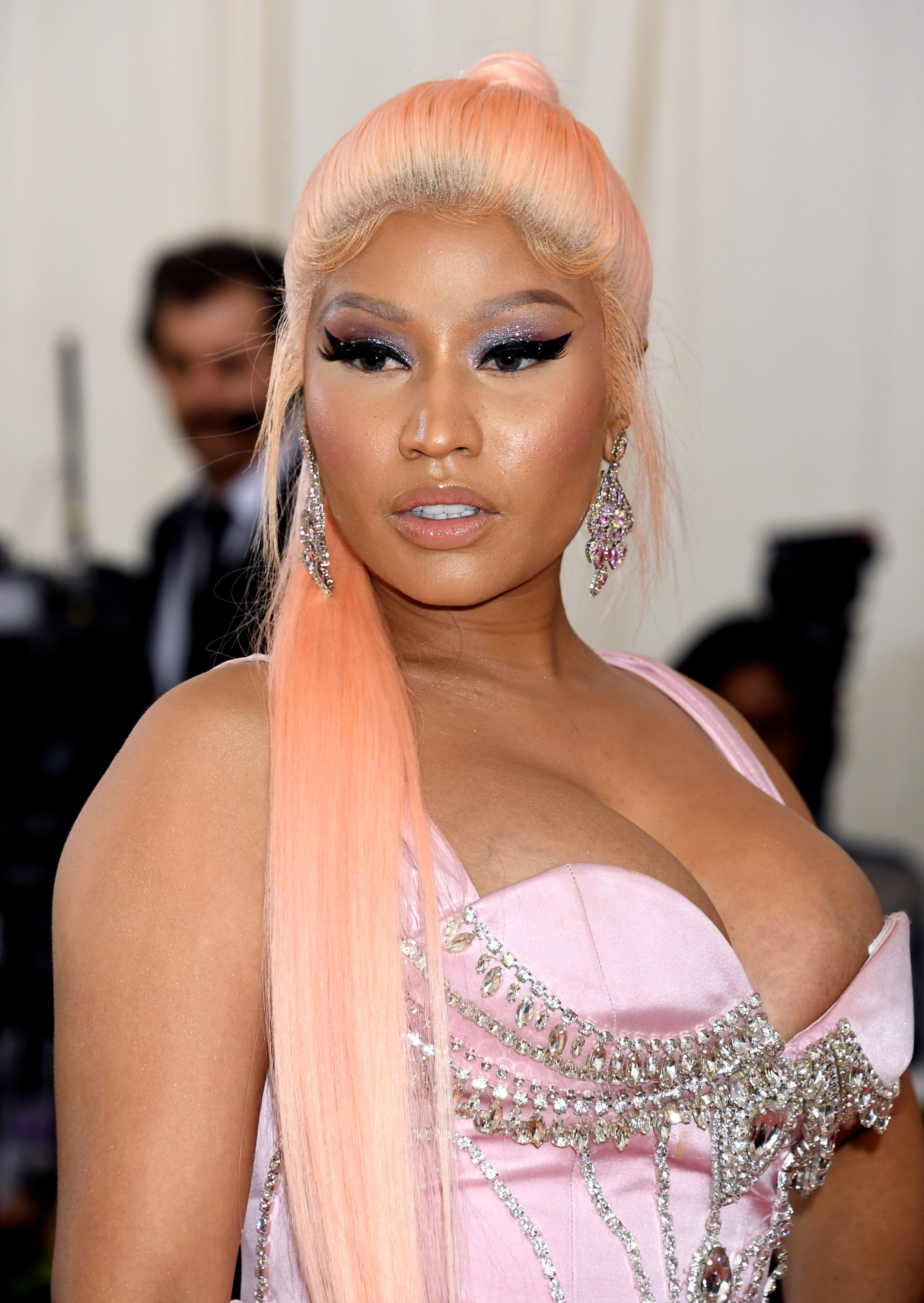 This comes after the rapper said that a friend of her cousin's got the jab and his "testicles became swollen" – so wouldn't be getting the vaccine herself.

In response to spreading misinformation on the highly successful and life-saving vaccines, Chris Whitty said today: "There are a number of myths that fly around, some of which are just clearly ridiculous, and some of which are clearly designed to just scare.

"That happens to be one of them. And it's untrue.

"But there are also people who go around trying to discourage other people from taking a vaccine which could be life-saving or prevent them from having life-changing injuries to themselves.

"And many of those people, I regret to say, I think know that they are peddling untruths but they still do it.

"In my view, they should be ashamed."

Responding to the question from journalists, Boris Johnson: "I'm not as familiar with the work of Nicki Minaj as I probably should be but I am familiar with Nikki Kanani, superstar GP of Bexley.

"She will tell you that vaccines are wonderful and everybody should get them.

"So I prefer to listen to Nikki Kanani."

Nicki Minaj has caused a stir recently over her opinions on the Covid vaccine.

Noting that she knows of someone that claimed to have a bad reaction to the vaccine, she wrote: "My cousin in Trinidad won’t get the vaccine cuz his friend got it & became impotent. His testicles became swollen.

"His friend was weeks away from getting married, now the girl called off the wedding.

"So just pray on it & make sure you’re comfortable with ur decision, not bullied."

She then took to Twitter on Monday to explain she won't be attending The Met Gala because she's refusing to take her Covid vaccine.

"It’ll be once I feel I’ve done enough research. I’m working on that now.

"In the meantime my loves, be safe. Wear the mask with 2 strings that grips your head & face. Not that loose one."

This comes after Boris Johnson warned that masks, working from home and even vaccine passports could return under the Government's Winter Covid Plan.

The PM unveiled a "toolbox" of tough contingency measures that could be imposed at short notice to wrestle down a fresh spike.

Speaking at a Downing Street briefing he was bullish that his plan "will give us the confidence we don't need to go back to the lockdowns of the past".

But gloomy top docs warned of a winter surge as pupils return to schools and the NHS grapples with its usual seasonal strain.

Mr Johnson said Britain's jabs rollout had put the country on a strong footing to weather the colder months.

"That's why we're now sticking with our strategy. In essence, we're going to keep going."

Earlier Health Secretary Sajid Javid laid out the Government's five-pronged Plan A to keep the virus at bay as the NHS enters its seasonal surge.

It includes a vaccine booster blitz, test and trace, pumping £5billion into the NHS for the next six months, a flu jab campaign and keeping robust border controls.

But speaking in the Commons Mr Javid also revealed the Government's Plan B in case hospitals risk being swamped.

He told MPs: "We have seen how quickly this virus can adapt and change so we have prepared a Plan B of contingency measures that we can call upon only if they are needed and supported by the data to prevent unsustainable pressure on the NHS."

They include legally mandating face masks in crowded settings, stressing the need for caution and ordering people to work from home.

While hated vaccine passports will be shelved for now – Mr Javid warned they could be suddenly introduced with a week's notice.

Covid certification would then be required for all nightclubs, any indoor venue with more than 500 people, any outdoor settings with more than 1,000 people.