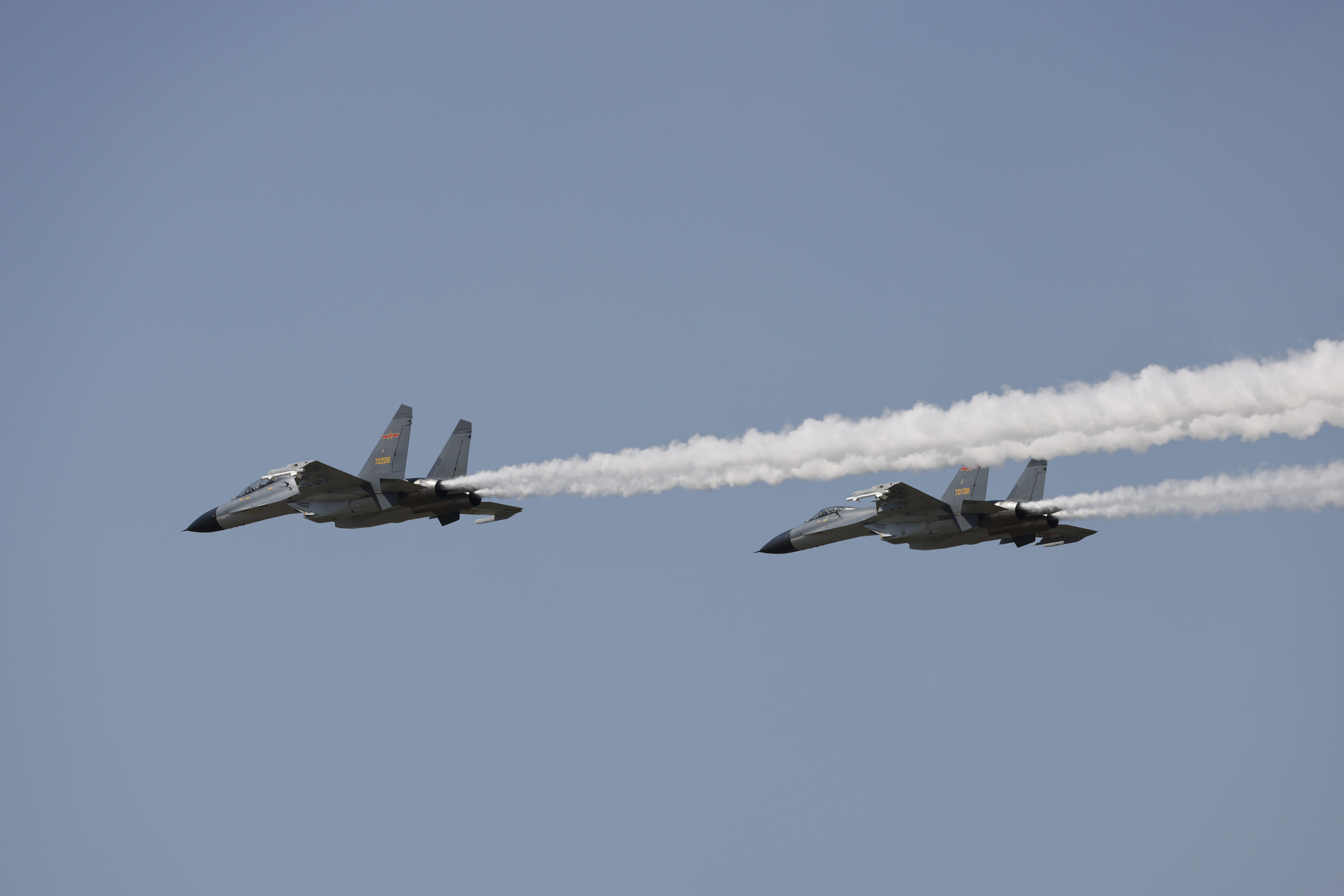 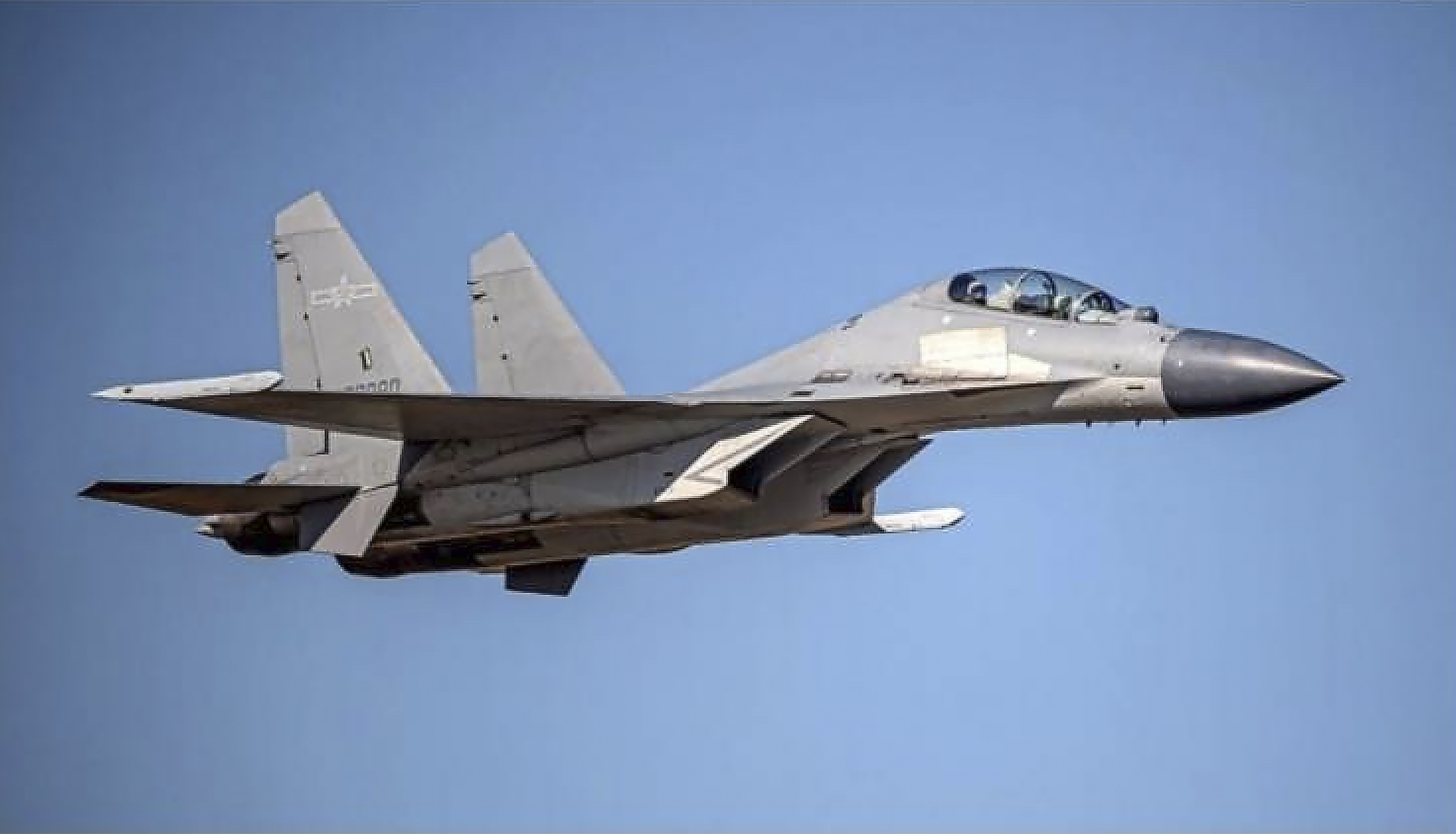 Beijing has sent different aircrafts including fighter jets, spotter planes and bombers into ADIZ every day this month, except for on September 2, reports Taiwan News.

China has been ramping up its gray zone tactics for the past year by routinely sending aircraft into the zone.

According to data from the MND, Chinese aircrafts have been tracked in Taiwan's ADIZ 155 times this year.

Troops at the 37th Han Kuang war games began this week by simulating a biological and chemical attack by Beijing as well as preventing a decapitation strike against their president.

Drills are taking place throughout Taiwan as well as on the Taiwan Straits as part of its largest annual military exercise, reports Newsweek, and involve both standing and select reserve forces.

Army troops in Tainan have been trained in treatment and decontamination as part of a mock bioweapon attack, with soldiers triaged and sent to field hospitals, Taiwan's Defense Ministry said.

Meanwhile, affected vehicles and equipment were hosed down by members of the 39th Chemical Group.

And on Tuesday, Taiwan's military police simulated attacks on critical infrastructure, according to its Defense Military, with defence drills conducted along the Tamsui River estuary.

The exercise attempted an imitation decapitation attack against Taiwan's leadership in downtown Taipei.

Taiwan's simulation drills come as it is feared China could have spent decades illicitly researching biological weapons at dozens of secretive sites ahead of a potential apocalyptic World War 3.

The vast country is home to at least 50 covert labs where state scientists are thought to have manufactured deadly "bacteria bombs", stockpiled deadly pathogens such as Anthrax, and even probed weaponising coronaviruses.

Fears about what is going on behind closed doors on China's shadowy biolabs come as questions continue to rage over whether Covid may have leaked from a lab in Wuhan.

Evidence mounts to suggest as well that Covid may have been tinkered with, but China denies all allegations of wrongdoing over the pandemic.

And it comes after documents obtained by the US show the People's Liberation Army commanders believed future battles could be fought with bioweapons.

The leaked paper stated biological and genetic weapons will be "the core weapon for victory" and outlined the perfect conditions to use them.

US State Department officials also sounded the alarm in a partly classified report – first published in April – which states Washington is concerned about the possible "biological threat" Beijing.

The report warns the close connections between the Chinese military and its civilian labs raises concerns that biological research could be "dual use".

It states China is also believed to have had a historic bioweapons programme including "weaponized ricin, botulinum toxins, and the causative agents of anthrax, cholera, plague, and tularemia".

Meanwhile, the Chinese virologist who fled to the US after alleging China covered up the Covid outbreak – whistleblower Dr Li Meng-Yan – has insisted the virus is an "unrestricted bioweapon" that leaked from a Wuhan lab.

China regards Taiwan as part of its territory and has long threatened to use force to bring it under its control.

Taipei has complained of repeated drills by the Chinese military in its vicinity in the past two years, part of a pressure campaign to force the island to accept Beijing's sovereignty.

Relations between the pair have been strained after the Taiwanese President Tsai Ing-wen hit back at the "One China" policy pursued by Beijing, which does not recognise Taiwanese independence.

Under the policy, Taiwan is viewed as a breakaway province of the country rather than a separate country with its own government.

The One China policy is a key cornerstone of Sino-US diplomatic relations and was recognised by former president Donald Trump.

Washington, however, has always maintained a “robust unofficial” relationship with Taiwan and has continued to sell arms to the island.

But China has been ramping up fears of World War 3 in recent months, and in July staged massive military drills "invading Taiwan".

The drill included assault landings and island-control exercises in a bid to demonstrate the communist state's military might.

It was conducted as the country is preparing its soldiers in case of an insurgency in Taiwan, Chinese state media reported. 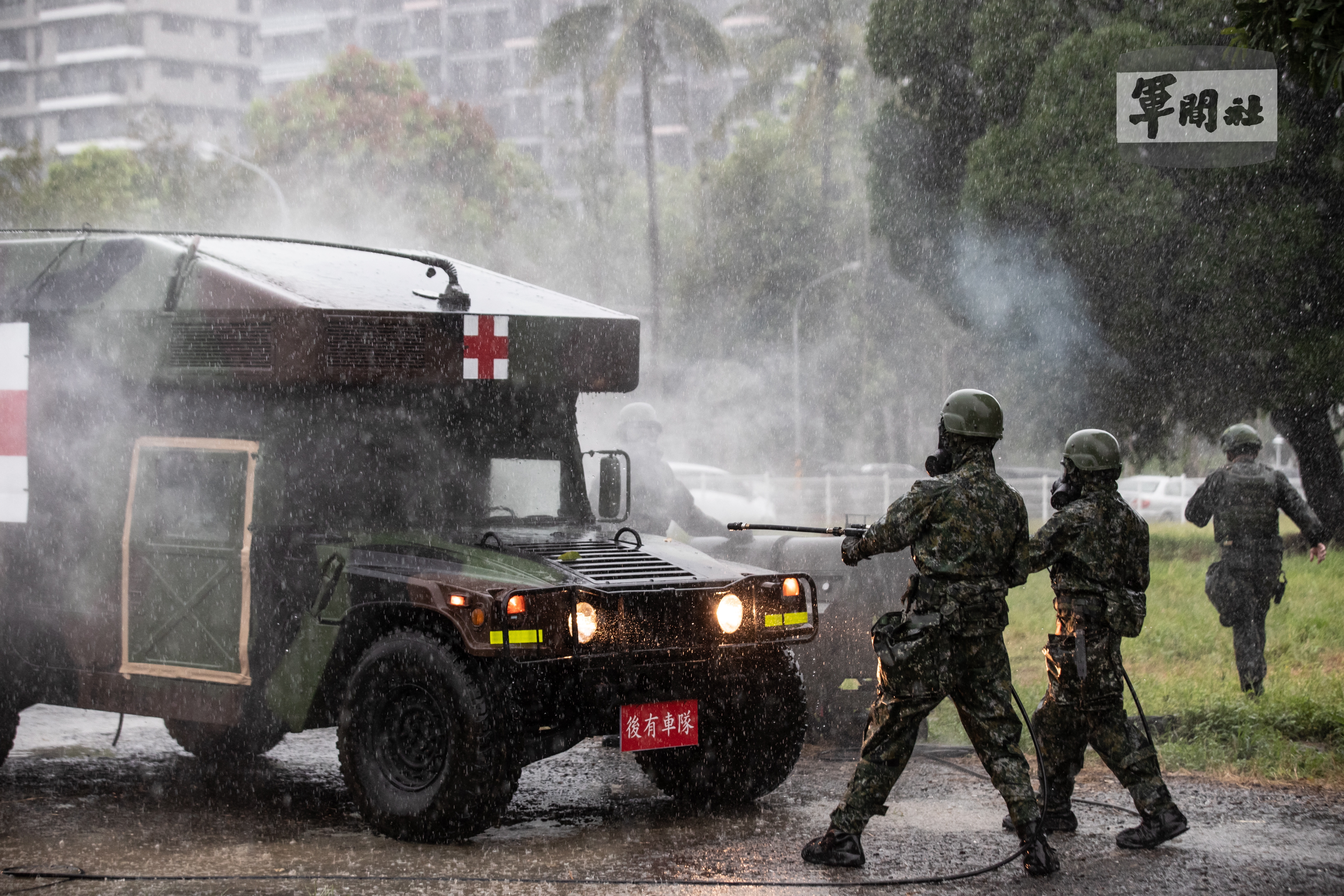 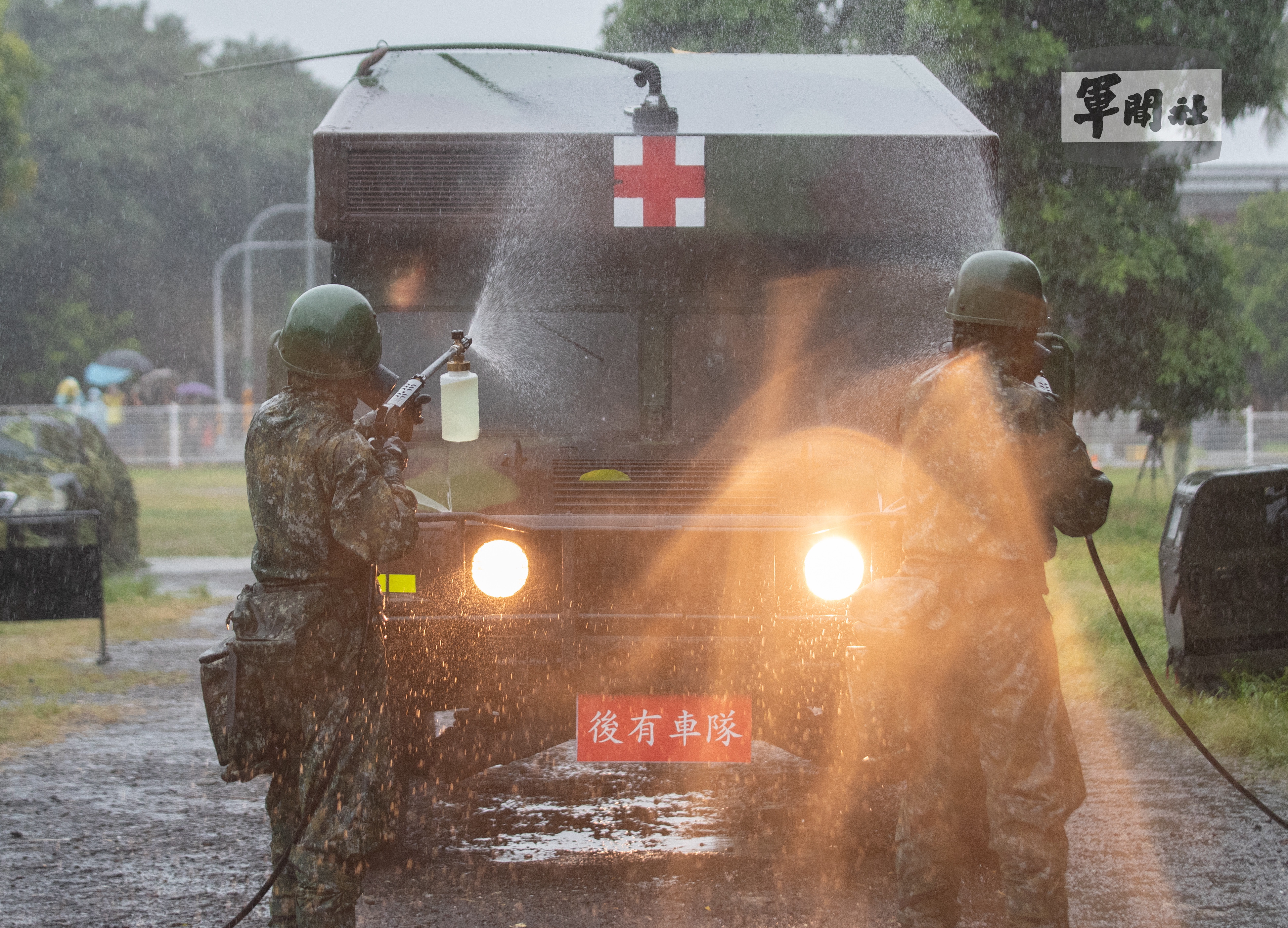 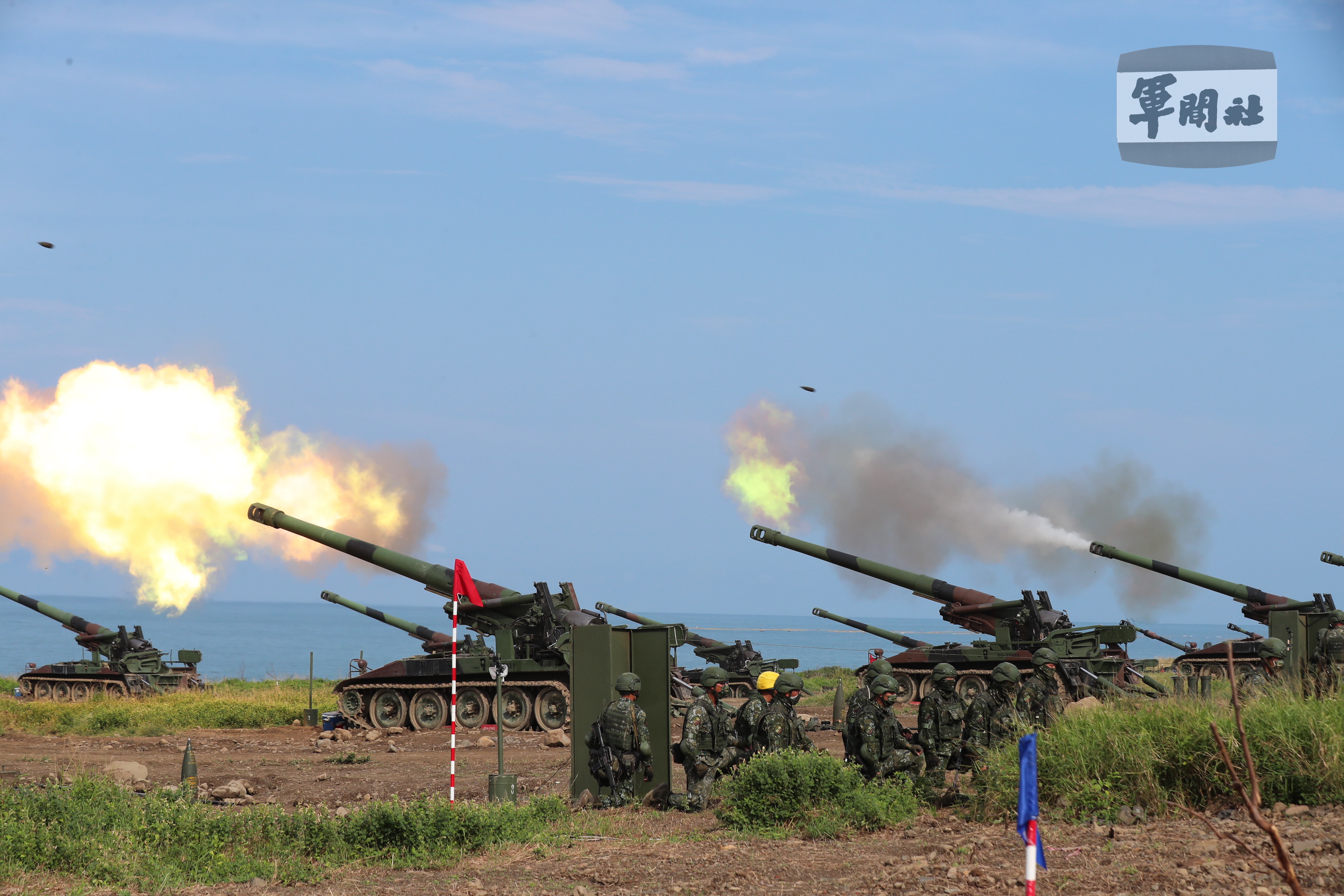 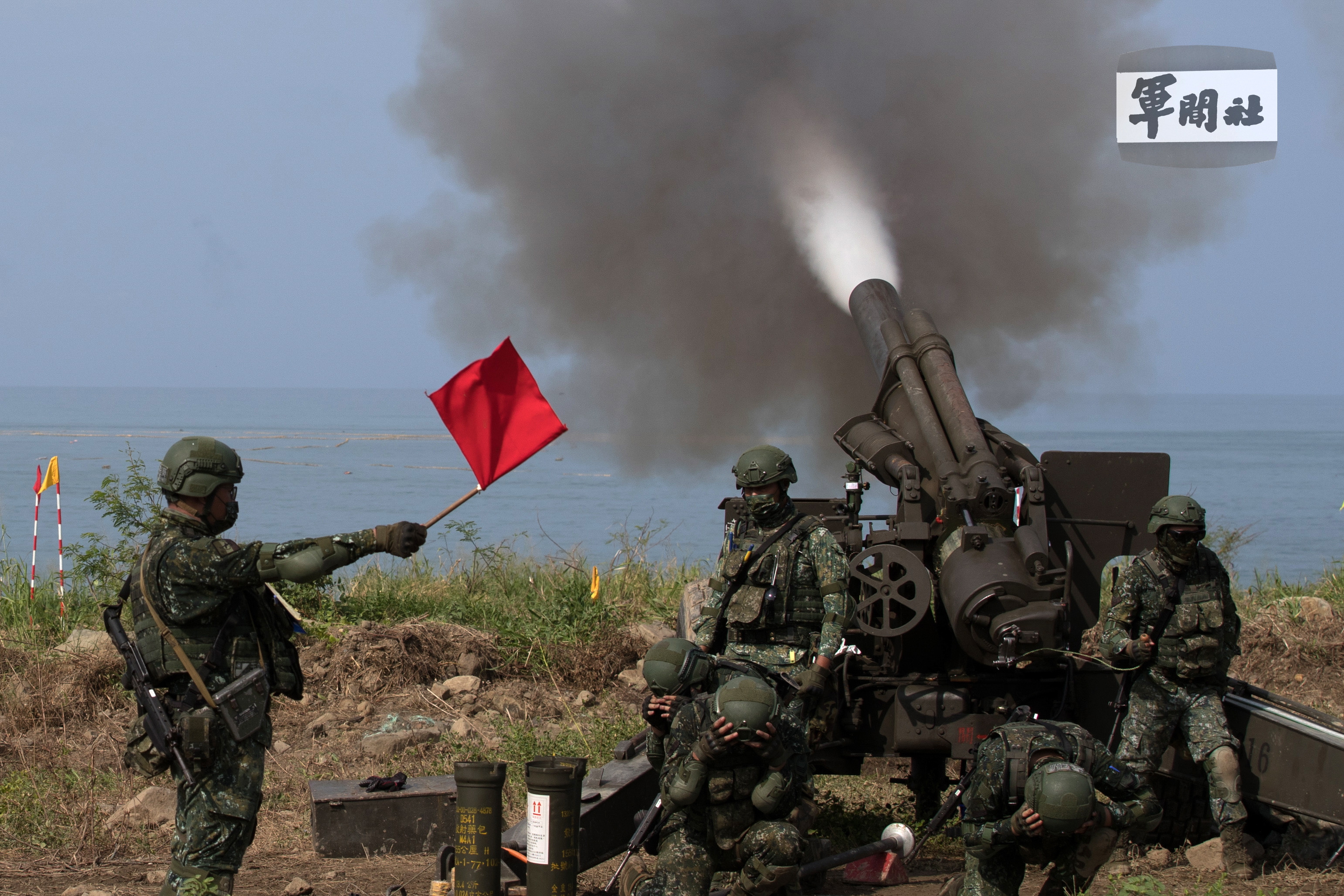