Charles and Camilla are ‘weary’ of Harry and Meghan’s never-ending criticism of the royals: Palace aides express mounting frustration ahead of bombshell Netflix show… saying the new monarch is ‘not worried but wearied’ by the attacks

The King and Queen Consort are ‘wearied’ by the constant attacks from the Duke and Duchess of Sussex, The Mail on Sunday can reveal.

Buckingham Palace sources last night said there is mounting frustration and exhaustion at the barrage of complaints that Harry and Meghan relentlessly and publicly make about their treatment by the rest of the Royal Family.

The comment comes days before the release of the bombshell documentary series the couple have made with Netflix that is sure to further inflame tensions.

A slick trailer for the six-part programme was released last week, teasing intimate moments and apparently threatening to reveal further details of the couple’s difficult relationship with the family they stepped away from.

The Prince and Princess of Wales were ‘surprised but not that surprised’ that the advertisement was released during their high-profile visit to the US, threatening to overshadow it, insiders added.

The lavish trailer, posted online on the second day of William and Kate’s visit to Boston, is the latest broadside in a seemingly never-ending onslaught against ‘The Firm’ by the Duke and Duchess. 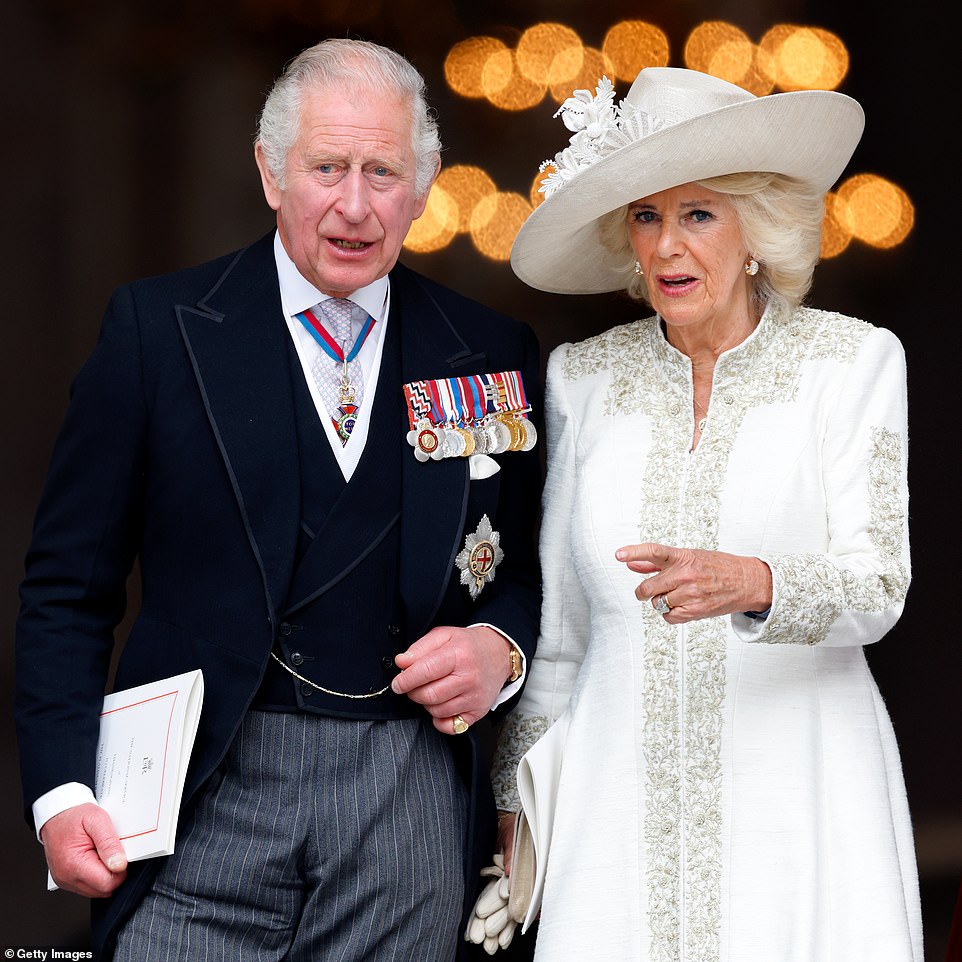 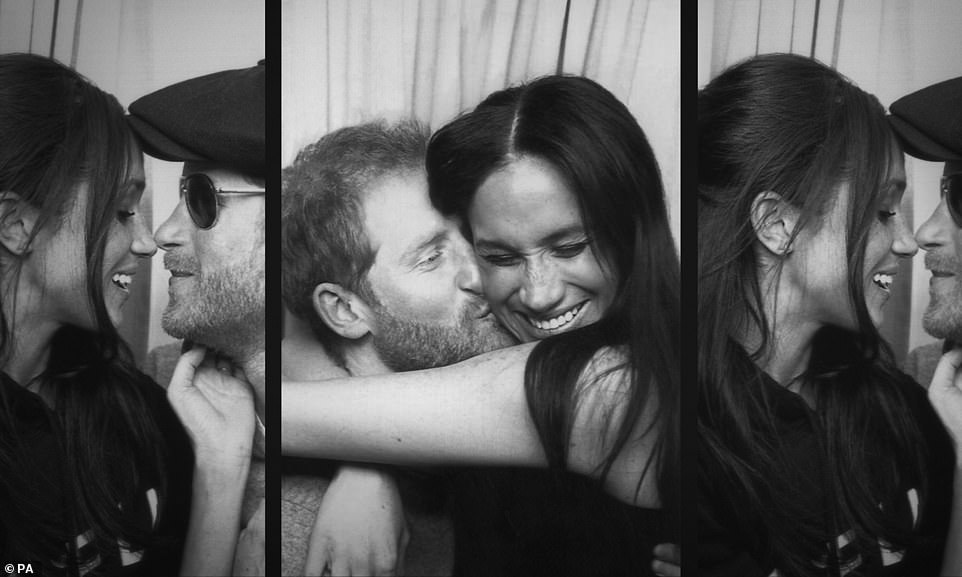 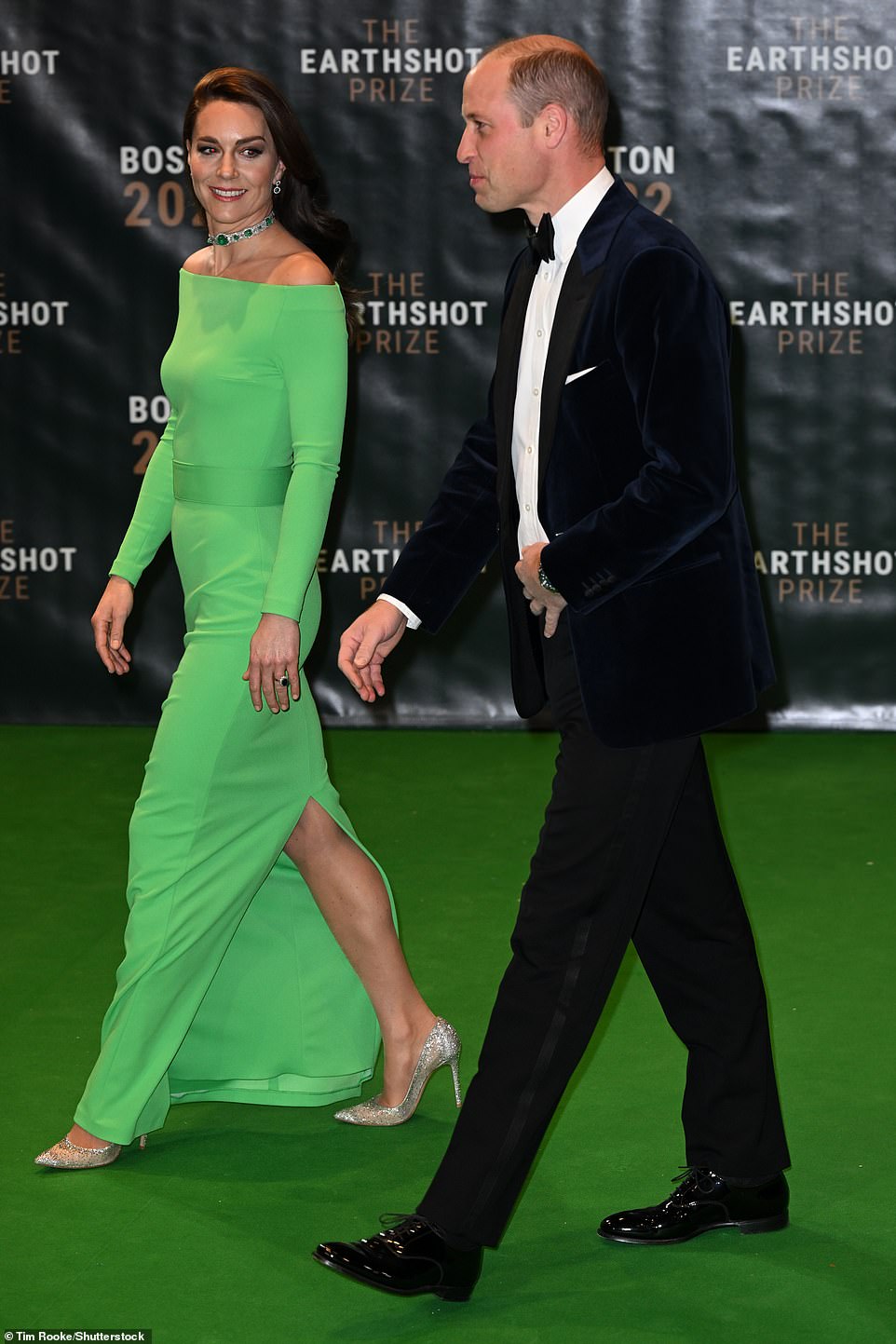 The Prince and Princess of Wales were ‘surprised but not that surprised’ that the advertisement was released during their high-profile visit to the US, threatening to overshadow it, insiders added 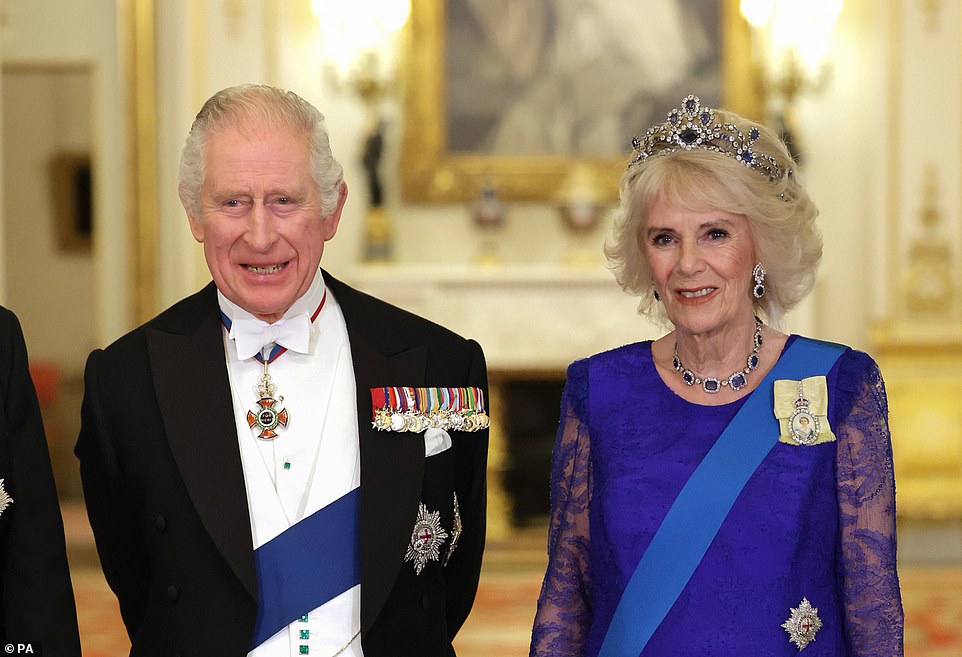 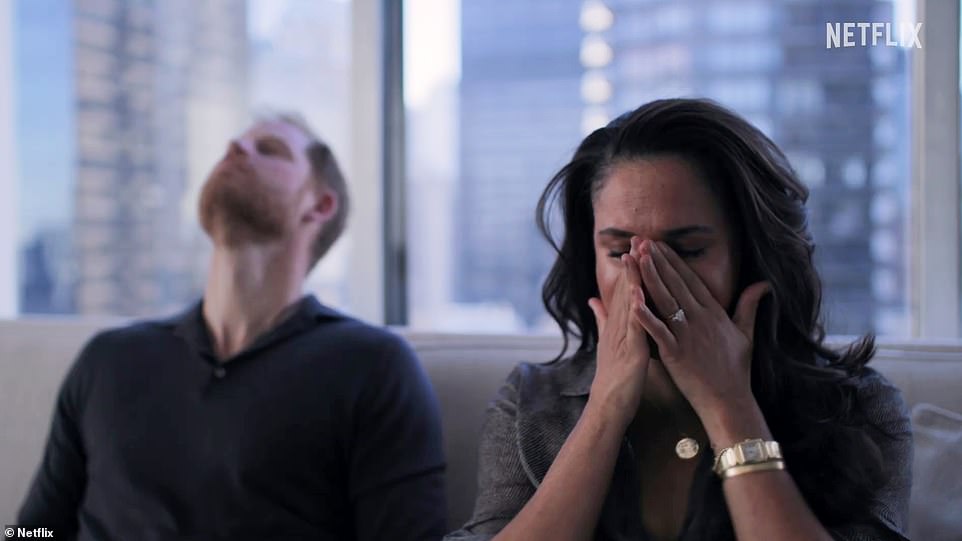 Meghan has released a podcast series while Harry has written a memoir, which is expected to detail a string of grievances against his family when it is published next month

In a rare and remarkable intervention, Royal sources described how King Charles and Queen Camilla are ‘not worried but wearied’ by the Sussexes’ stream of criticism. An exasperated Palace source emphasised the word ‘wearied’.

The Royal Family made ‘magnanimous and very deliberate gestures’ to include Prince Harry as much as possible in the late Queen’s funeral in September – including asking him to wear his military uniform during a key vigil – but they are now being repaid with near-constant outbursts, it is claimed.

Palace insiders highlighted the irony of the many public interviews and television appearances the Sussexes have carried out while speaking of how they want a new life away from the public eye. Meghan and Harry, who live in the celebrity enclave of Montecito, California, criticised Royal life in an interview with Oprah Winfrey last year.

Since then, Meghan has released a podcast series while Harry has written a memoir, which is expected to detail a string of grievances against his family when it is published next month.

‘It is very wearying,’ a palace source repeated.

The comments came as the Duke and Duchess were yesterday accused of a breach of protocol by taking a private photographer into Buckingham Palace to take a picture included in the Netflix trailer.

Another photograph used in the teaser unflatteringly shows Kate looking stony-faced in Westminster Abbey during a Commonwealth service, while Meghan sits behind her. It was taken after a disagreement over the seating plan. 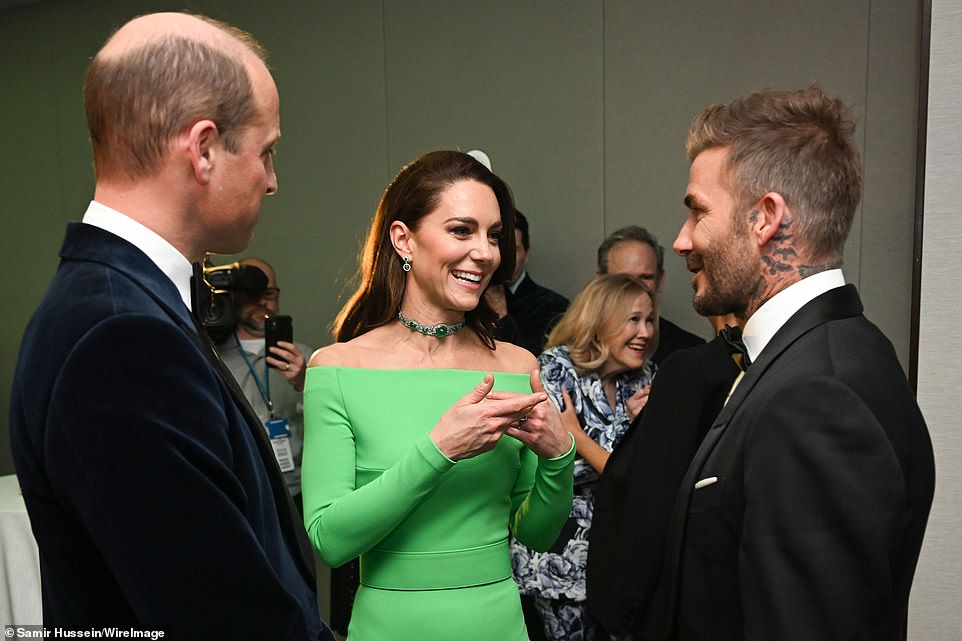 Despite the timing of the trailer, a Palace source said the Prince and Princess of Wales are ‘sanguine’ about the imminent documentary. It is, however, feared that there is now no way back for the brothers’ relationship.

‘Typically, if a member of the Royal Family has a high-profile foreign trip then no one else back home would seek to disrupt the message of that trip,’ an insider added.

The Waleses attended a star- studded gala on Friday night to promote William’s Earthshot Prize, seemingly determined to ensure the Netflix series should not overshadow their work. The Prince Of Wales had a 30-minute conversation with President Joe Biden, with the pair sharing ‘warm memories’ of the late Queen and a discussion about how Mr Biden could support Earthshot, which awards £1 million grants to five planet-saving projects every year.

Royal aides discovered only in recent days that Mr Biden, by chance, was in Boston at the same time as the Royal couple.

‘The Princess is very professional,’ one insider said. ‘The wardrobe for the visit says it all. It’s all very businesslike.’ At Friday’s award ceremony, guests were asked to dress ‘sustainably’ so Kate rented a Solace London emerald dress from fashion platform Hurr, which prices it at £74 a night. She accessorised it with her late mother-in-law Princess Diana’s emerald choker. 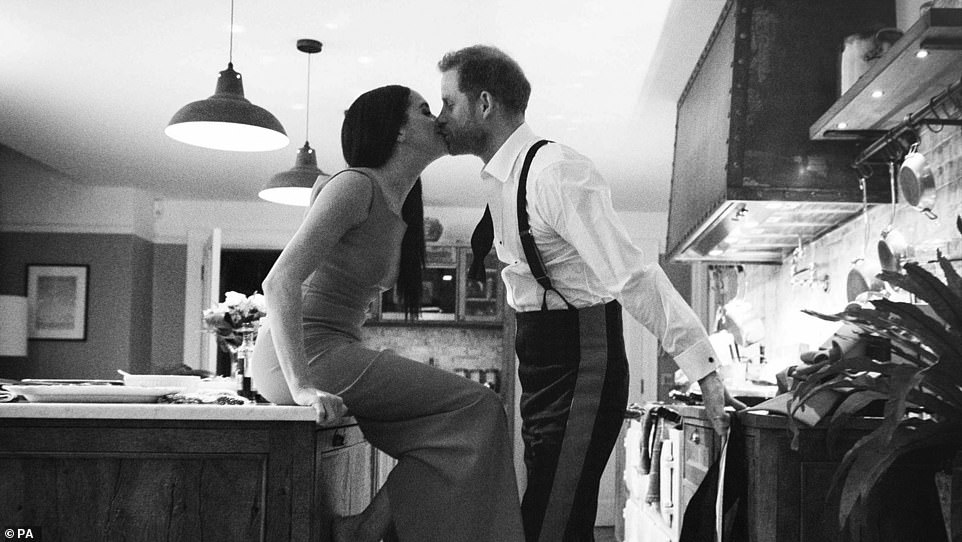 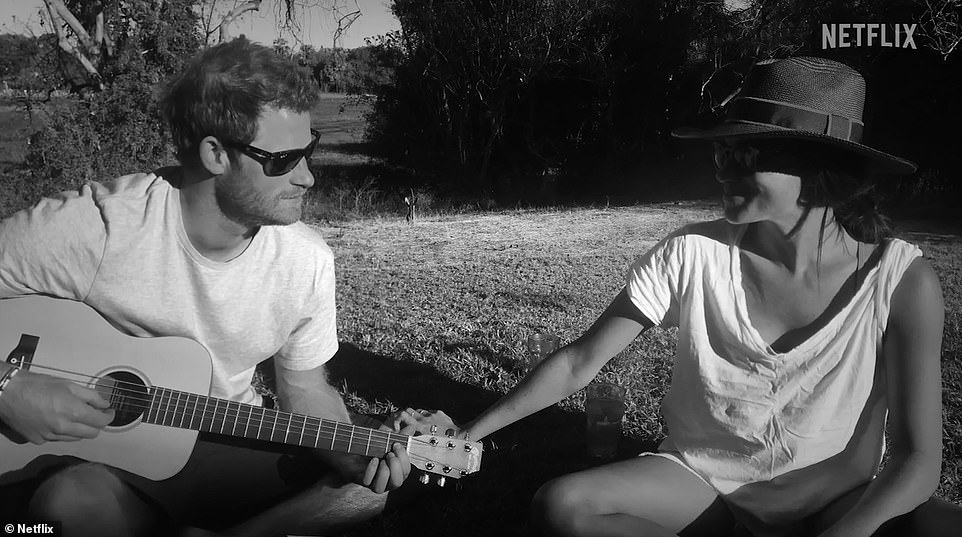 The King has been keen to show his support for the Sussexes. In his first address to the nation after ascending the throne, he said: ‘I want to express my love for Harry and Meghan as they continue to build their lives overseas.’

Yet Harry’s new media projects appear to have caused more hurt and dismay to his family than they have previously cared to admit.

He and Meghan will be feted by the US liberal establishment for supposedly overcoming institutional racism in the Royal Family at a lavish ceremony in New York on Tuesday, just two days before the Netflix series is expected to air.

They will receive the so-called Ripple of Hope Award from Kerry Kennedy, a human rights activist and daughter of Robert Kennedy, the US attorney-general assassinated in 1968.

Ms Kennedy has already compared the Sussexes’ actions to her father’s fight against apartheid and praised their ‘moral courage’.

Relations may be further soured when Harry’s memoir, Spare, is published on January 10, promising the Duke’s first-hand account of his upbringing and decision to quit Royal duties.

The Royal Family also had to deal with a race row last week after the late Queen’s lady-in-waiting asked a black guest at Buckingham Palace: ‘Where are you really from?’ Lady Susan Hussey volunteered to step down and is said to be ‘profoundly sorry’ about the debacle.

Prince William was about to board a plane to Boston when the news broke, but he spoke to his press secretary and agreed that his office could respond – even including the word ‘racism’ in the statement.