The man who killed Carl Williams in prison has launched an appeal against his murder conviction, in the latest legal challenge by a criminal with links to barrister-turned-informer Nicola Gobbo.

Matthew Charles Johnson, who bashed Williams to death with the metal seat stem of an exercise bike in a high-security unit at Barwon Prison on April 19, 2010, filed his legal challenge with the Court of Appeal this year. 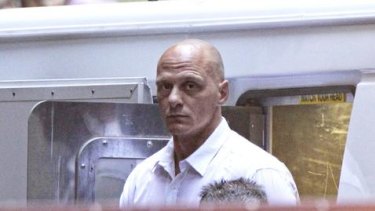 Johnson claimed he killed the crime boss in self-defence because he suspected Williams had a plan to kill him.

But in 2011 he was found guilty of murder by a Supreme Court jury and jailed for life, to serve 32 years before he becomes eligible for parole. At the sentencing, Justice Lex Lasry told Johnson his legal defence was “fanciful”.

But Johnson has followed the likes of drug traffickers Tony Mokbel and Pasquale Barbaro in appealing against his conviction because of the Ms Gobbo was involved in his case, and it is now known she was a registered police informer while she was representing clients.

Ms Gobbo told the Royal Commission into the Management of Police Informants that she once visited Johnson in prison after he was arrested on unrelated offending. She also sat in a conversation where others discussed a failed kill plot on another man because the hired hitman – Johnson – went to the wrong house. It is unclear whether Ms Gobbo ever acted as Johnson’s lawyer. 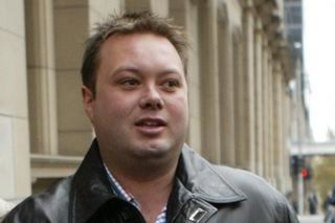 Carl Williams was bashed to death in prison in 2010.Credit:Jason South

Johnson, 48, appeared via a video link to watch an administrative hearing in the Court of Appeal on Wednesday, where his barrister, Jason Gullaci, said he had sought documents about his client’s case from state and federal prosecutors, Victoria Police and Corrections Victoria.

Mr Gullaci rejected any suggestion his requests from the agencies for documents was a “fishing expedition”. 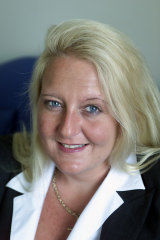 “We say there is a real basis, based on sworn evidence given at the Royal Commission, for the claims for the documents that we are seeking,” he said.

“Corrections knows exactly what we are after, let’s stop playing games … we are asking Corrections for the photograph that has been referenced in multiple sources of evidence,” Mr Gullaci said.

Ms Coombs expected Corrections Victoria would have records of people who visited prisons.

In sentencing in 2011, Justice Lasry said Johnson’s attack was motivated by his knowledge that Williams was assisting police over the 2004 murders of police informer Terrence Hodson and wife Christine.

Williams, who was in jail over a handful of gangland murders, gave a statement to police alleging he organised a hitman to kill Mr Hodson on behalf of then drug squad detective Paul Dale. Mr Hodson was a witness in a case where Mr Dale was allegedly involved in a robbery on a drug house.

Mr Dale and hitman Rodney Collins were charged over the Hodson murders but the cases against them collapsed when Williams was killed.

Justice Lasry told Johnson his crime was “an appalling murder” and based on his position as a leader of the prison group “Prisoners of War”, which despised other inmates who gave information to police.

Johnson’s legal challenge against his conviction is to return to the Court of Appeal in February for a further directions hearing.

Fascinating answers to perplexing questions delivered to your inbox every week. Sign up to get our new Explainer newsletter here.