‘Possessive’ boyfriend, 23, who murdered his Canadian Mormon girlfriend, 19, when she moved to UK to be with him after meeting on a dating app was caught beating her on FaceTime – as it emerges she had begged her parents to buy her a ticket home

A ‘jealous’ and ‘abusive’ British man has admitted to brutally stabbing his teenage Canadian girlfriend to death at his home just days before she was due to fly back to be reunited with her family after the ‘trip of a lifetime’.

Jack Sepple, 23, of Tennyson Road, Chelmsford, Essex, admitted to killing Ashley Wadsworth, 19, at his Essex home just two weeks before Valentine’s Day. Police found him lying in bed next to her body which had been punctured with ‘multiple’ stab wounds, an inquest earlier ruled.

The couple are understood to have first met virtually on a dating app – with the teenager flying across the Atlantic on a six-month tourist visa to be with her new boyfriend after seeing pictures of him online.

Aspiring lawyer Ashley, who was a Mormon, had upended her ‘small-town life’ but had been just days away from flying back to Vernon, British Columbia when she was found dead.

But family members told DailyMail.com she had begged them to buy her a ticket home and spoke of Sepple’s possessive and abusive behavior in the days leading up to her death.

Earlier this year she posted photos online of her ‘amazing trip to London’, where she had been sightseeing with Sepple, who has the word ‘Hope’ inked just below his right eye and various other tattoos across his face and neck.

But the idyllic lifestyle they tried to share online hid a dark truth. Ashley’s sister Hailey, 21, claims to have witnessed Sepple beating her sister while on FaceTime and accused the ‘controlling’ boyfriend of deleting her social media content and replacing photographs with ones that included him.

Other close friends warned Ashley was forced to set up ‘secret’ social media accounts to warn friends of her new boyfriend’s increasingly concerning attitude after he allegedly tried to stop her speaking with friends.

After the Wadsworths scraped together enough cash to pay for a flight back to British Columbia, relatives claim Sepple’s violent behaviour took a turn for the worse when Ashley told him she was returning to Canada.

Standing in the dock today at Chelmsford Crown Court dressed in a white t-shirt, Sepple showed little emotion and used just two words: ‘I’m guilty’. He will now be jailed for life in sentencing later this year.

Judge Christopher Morgan told him: ‘You know that by your plea of guilty of murder there is only one sentence and that is to be passed and that is a life sentence.’ 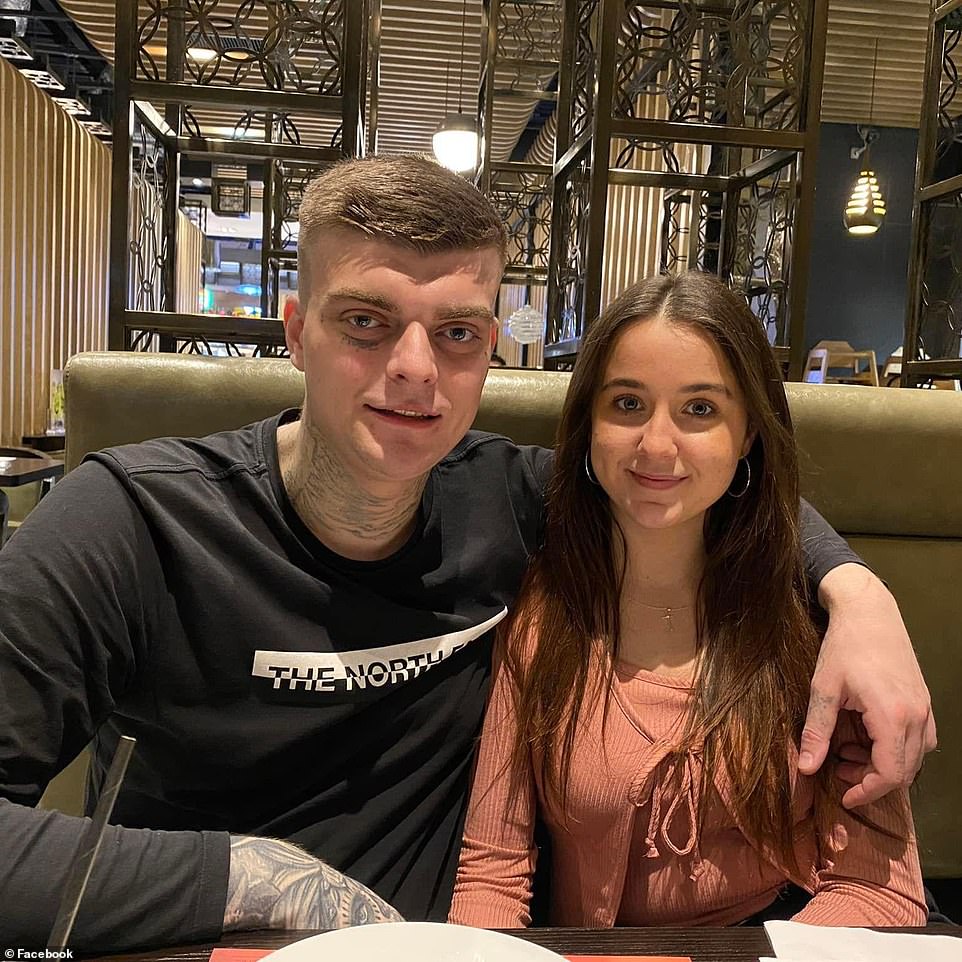 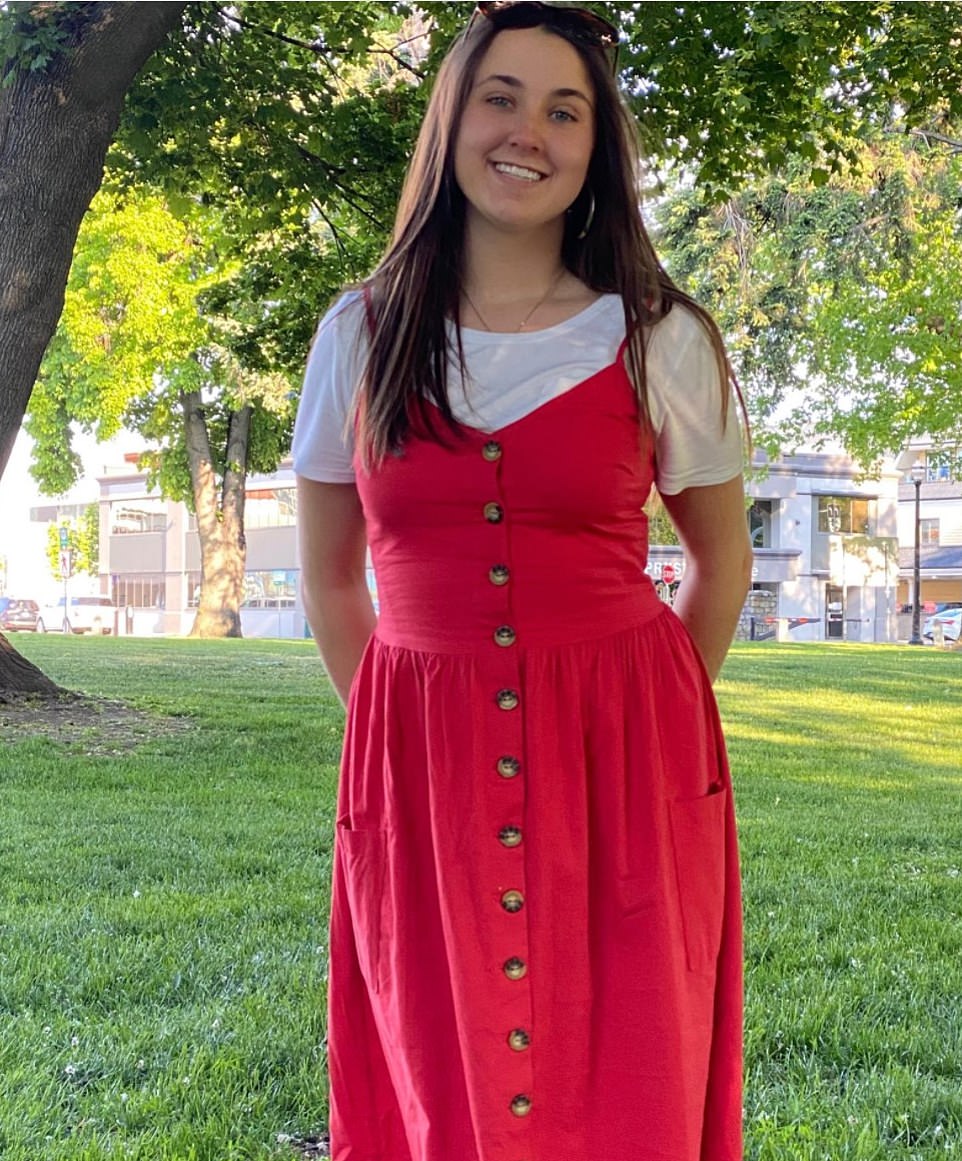 Ashley wanted to return to Vernon, British Columbia, after discovering her online boyfriend was jealous and abusive, her family says 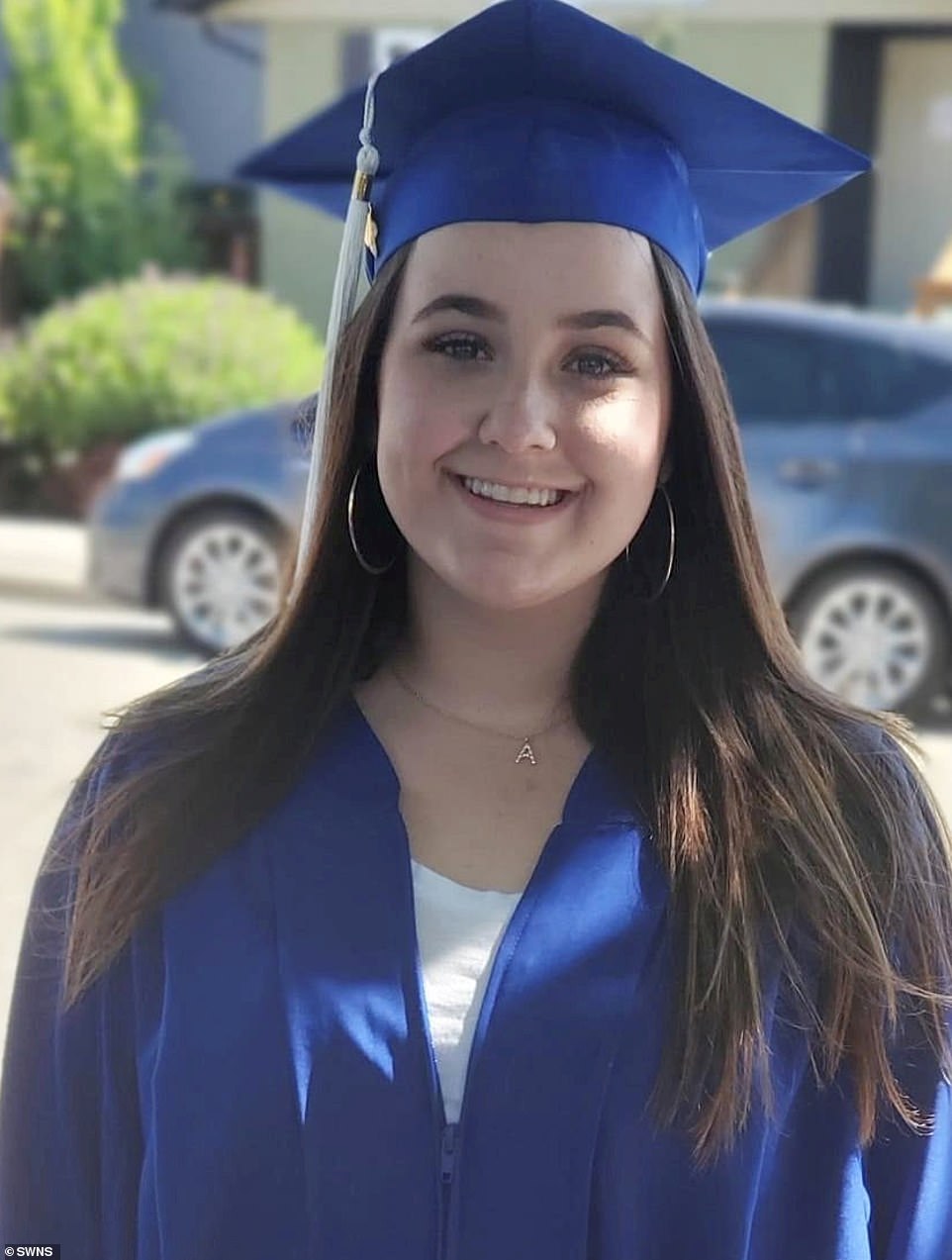 Ashley Wadsworth, 19, was originally from Vernon in British Columbia, Canada, but moved to the UK to ‘escape small-town life’. She was due to fly back to Canada to see her family days after she was murdered 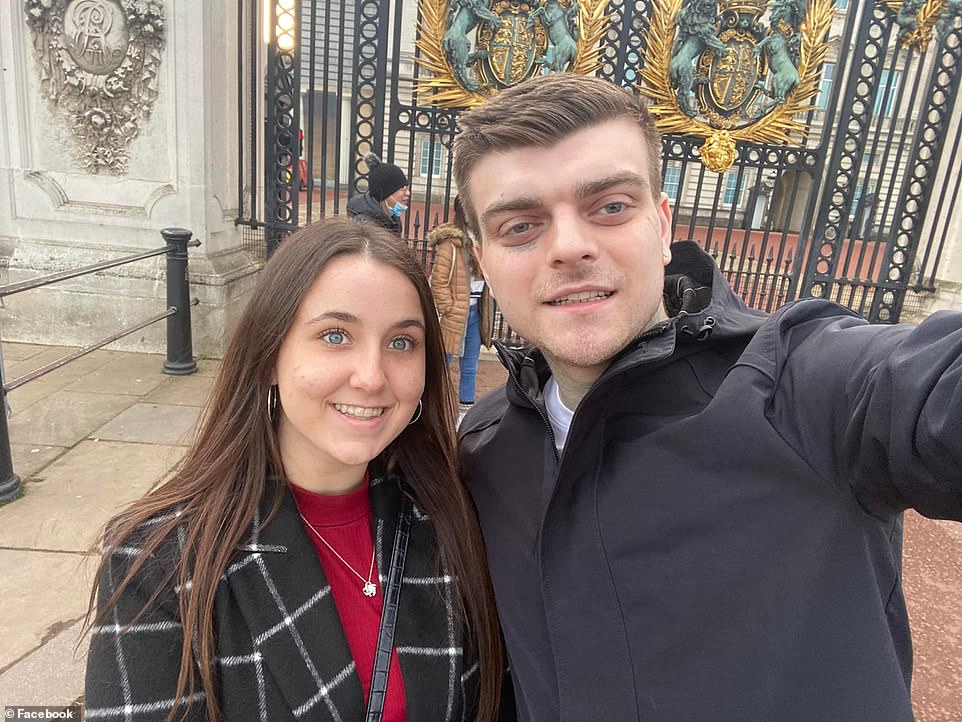 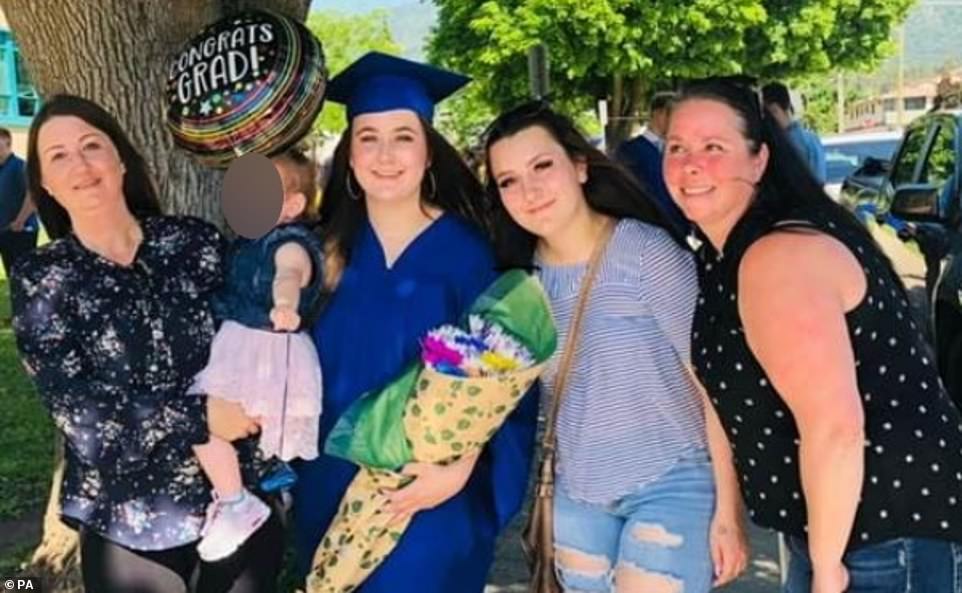 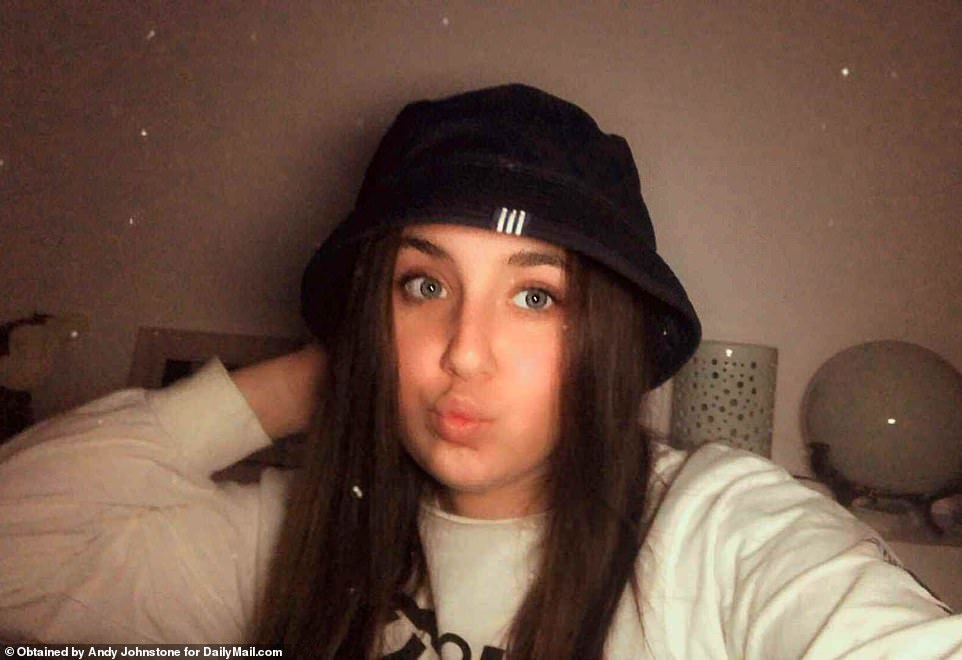 Aspiring lawyer Ashley, who was a Mormon, had upended her ‘small-town life’ but had been just days away from flying back to Vernon, British Columbia when she was found dead

Her 18-year-old cousin, Kali, also shared her fears that Ashley was moving halfway across the world to meet up with a stranger she had only met online.

She told DailyMail.com: ‘From the beginning when she decided to go to England for a guy, I was like why are you doing that? It’s really stupid.

‘Obviously, I never thought something like this would happen. I was just like, wow, this is stupid – he has face tattoos, what are you doing?

‘I was like, you’re too good for him anyway; you could get someone awesome in your own city.’

Devastated Kali added: ‘He [Sepple] had been very possessive over her belongings – her phone especially. He was going through her social media and the reason he acted out was because he had seen an old chat.

‘The reason this entire fight started from the beginning was because he had seen an old chat where she flirted with somebody.

‘He freaked out over it and Ashley was on FaceTime with Hailey and she watched him just start beating her.

‘Then [Hailey] reached out and tried to get her an earlier plane ticket. He had logged into all her social medias, deleted all her posts and changed all her passwords and smashed her phone.

‘Ashley couldn’t call for help – she was in a whole different country, even if she could call for help, who would she call apart from the police? I don’t know if she did but I know a few people did.’

One friend, Daniel Seaman, told DailyBeast that Ashley had allegedly cried out for help using different social media accounts because ‘her boyfriend didn’t want to talk with us a lot of the time.’

The teenager’s death prompted an outpouring of grief from the Chelmsford community, as well as international tributes. Vigils were held for her in local parks, and friends from Vernon were quick to share their memories of her.

In a statement released by Miss Wadsworth’s family, they said she was a ‘kind and beautiful woman’ with an ‘unforgettable laugh’, while loved ones celebrated her ‘spontaneous, witty, kind personality’.

She wrote on Facebook that she had moved to Chelmsford in November 2021. She had been due to fly home to see her family just days later.

Ms Wadsworth converted to Mormonism when she turned 18 before moving to England on November 12 to ‘escape small-town life.’

She moved in with Sepple and the couple were pictured visiting many British monuments and tourist attractions together.

It is understood Sepple’s family had accompanied the couple on a tour of London and a trip to Kent.

They added: ‘Ashley, you are beautiful to us, and we will miss you very, very, much.’

An inquest hearing held earlier this month heard she died from multiple stab wounds to the chest.

In a brief hearing at Chelmsford Crown Court on Wednesday, Sepple’s barrister said a psychiatrist had indicated that the defendant was fit to plead.

The court clerk read the single charge of murder and Sepple, standing in the secure dock in a long white sleeved top and with tattoos on his face and hand, replied: ‘I’m guilty.’

The hearing was told that the teenager was found unresponsive and paramedics pronounced her dead at 4.38pm.

A post-mortem examination recorded her provisional medical cause of death as ‘stab wounds to the chest’, the coroner’s officer said. 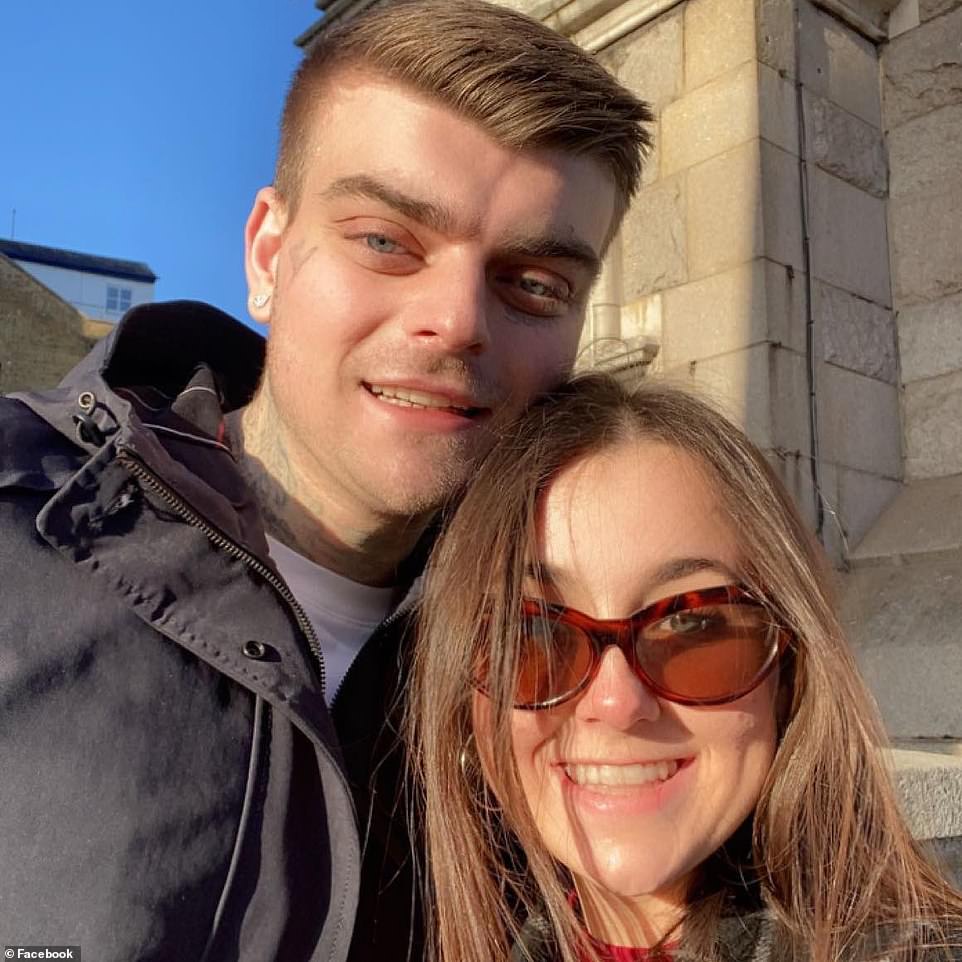 Ashley Wadsworth, pictured with boyfriend Sepple, was found dead at his home in Chelmsford 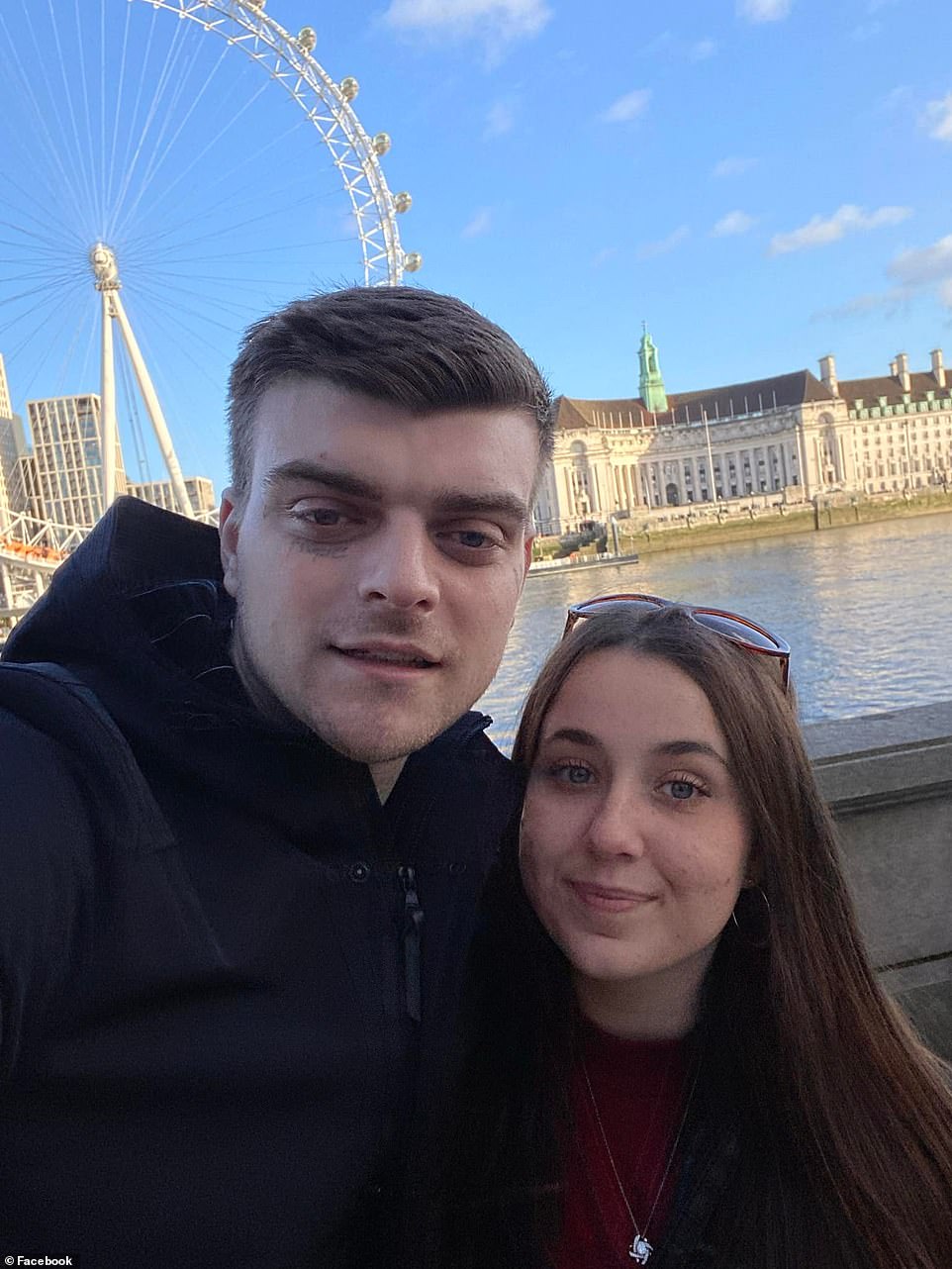 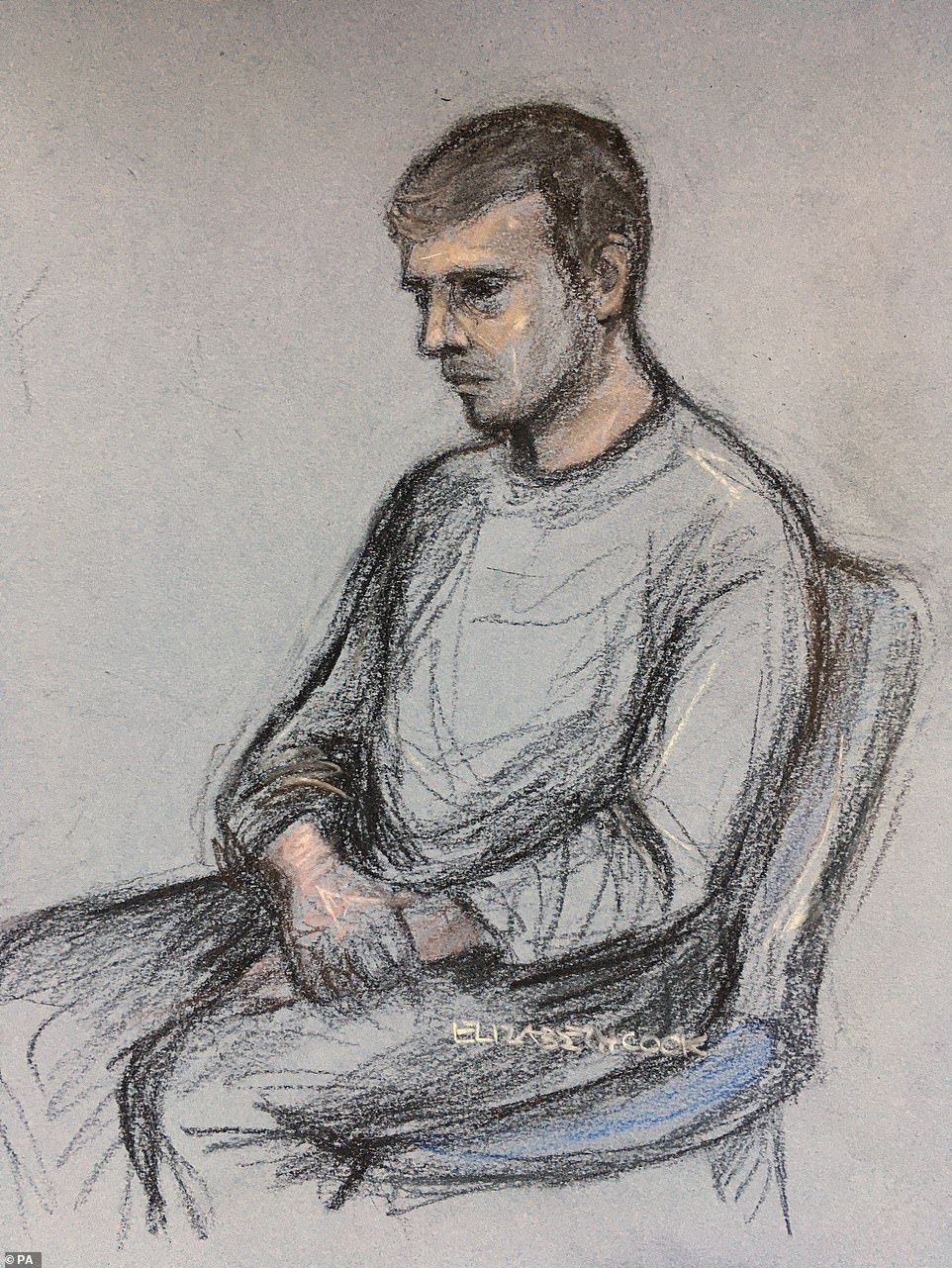 Court artist sketch of Jack Sepple, of Chelmsford, appearing in court last week. He had been due to face trial in September

The teenager was described as ‘fiercely loving and loyal to her family and friends’.

Ashley’s older sister Hailey said she will always treasure her younger sibling as her ‘best friend.’

And her niece, Paisley, called her Aunty Ashley the ‘best aunty ever’ and thanked her for saving up her own money to buy her a first swing set.

Her family admired the teen’s sense of adventure, having travelled extensively within Canada and also to Mexico, California and England.

She developed her desire for life experience while abroad and a love of language – speaking English, French and Spanish.

Ashley had dreams of becoming a lawyer and had been accepted to Thompson Rivers University in Kamloops, British Columbia. She had also recently found her faith and was excited to share that with others.

Her family previously thanked the people of Chelmsford and specifically the Church of Jesus Christ of Latter-Day Saints, Helen and the Taylor family who organised a vigil for Ashley after her death, for their support.

They said: ‘It has touched us so deeply, there are truly no words to express our gratitude.

‘They were able to do something for Ashley that we couldn’t, and we will be forever thankful.

‘How lucky are we to have people from across the world care so much about a family that they have never met?’

Ms Wadsworth’s ‘devastated’ grandfather Jeff Wadsworth, 66, spoke out after her death about how he encouraged Ms Wadsworth to travel to the UK and thought she would have ‘the time of her life’.

He told DailyMail.com he felt reassured because he thought the United Kingdom was a safe place.

He said: ‘We’re just devastated. I can’t believe it. I encouraged her to go – I thought it was going to be the time of her life.

‘I never thought something like this would happen in England – I thought it was the safest place in the world. And it is a safe place – this is such a not normal thing.’

Judge Christopher Morgan told Sepple: ‘By your plea of guilty to murder there’s only one sentence that can be passed and that’s a life sentence.’

He remanded the defendant in custody until a date to be fixed administratively, when he will be sentenced.