BRITAIN's knife crime epidemic has been laid bare as cops in the worst hit areas of the country face 30 blade incidents every day.

The chilling figures come as a 14-year-old boy appeared in court charged with stabbing 12-year-old Ava White to death in Liverpool. 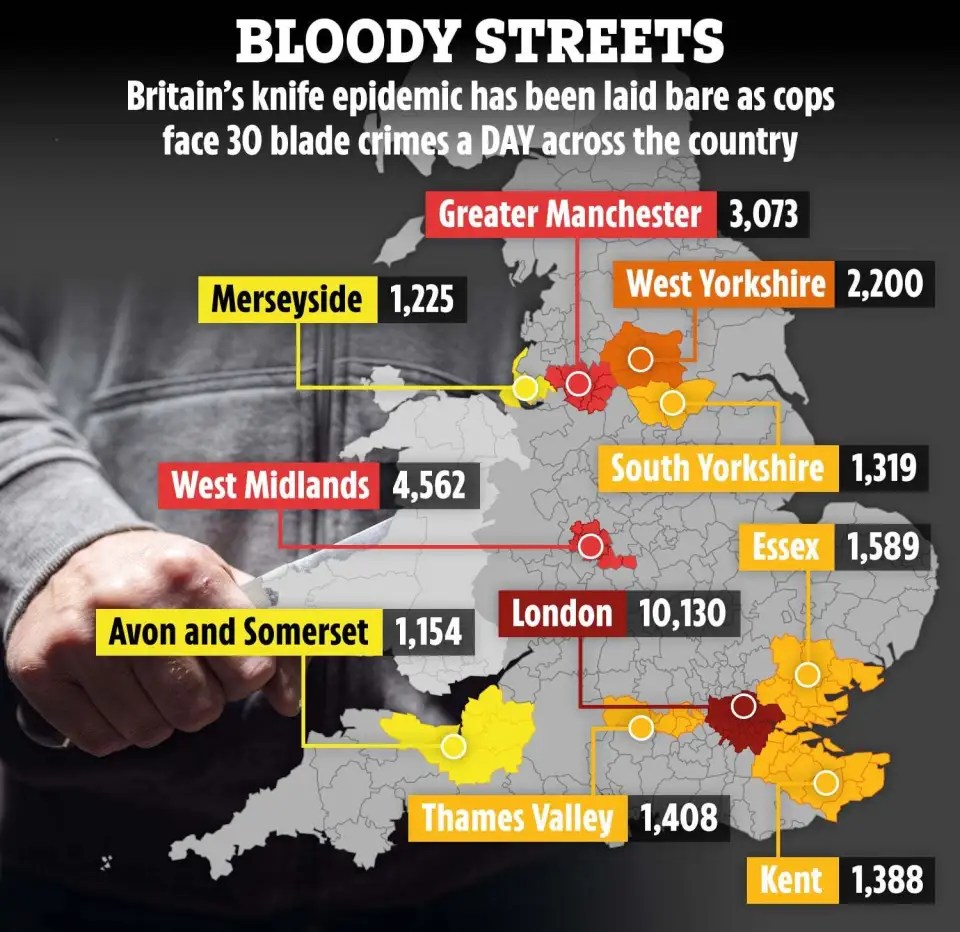 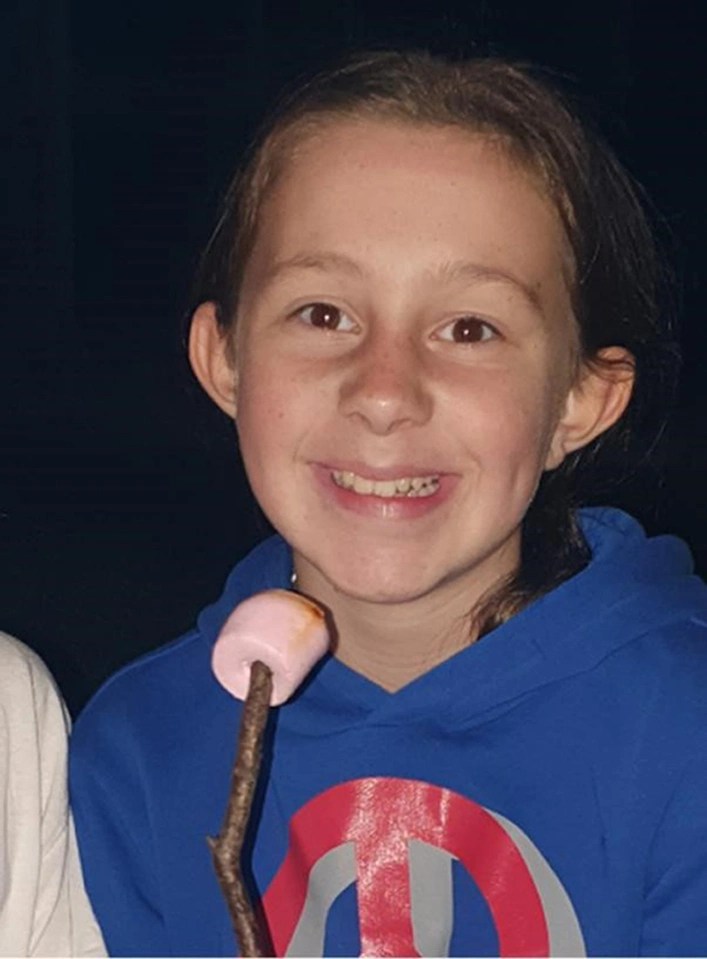 The new stats reveal forces right across the UK are dealing with thousands of cases every year.

London – the knife crime capital of Britain – recorded a huge 10,130 incidents last year, which is around 27 a day.

The next deadliest spot for knife crime is the West Midlands, where police raced to 4,562 incidents last year.

In Greater Manchester there were 3,073 flashpoints, while West Yorkshire officers recorded 2,200 cases and Essex dealt with 1,589 incidents.

Merseyside, where tragic Ava lost her life, is among the top ten spots in the UK and recorded 1,225 cases last year alone.

One campaigner described the future as looking “very bleak”.

Patrick Green, the chairman of the Ben Kinsella Trust, which was set up following sixteen-year-old Ben’s senseless murder in 2008, said: "What’s happening on our streets is shocking and the future looks very bleak.

"Young people are now the most likely victims of murder.

"Homicides involving victims aged 16-24 in England and Wales have risen by more than 60 per cent in the last five years, more than any other age group."

Mr Green said the pandemic meant many vulnerable young people had missed the support of school and youth services.

He said: "This has created a vacuum that the gangs have filled."

Experts said feuds waged on social media and bloody rivalries over the drugs trade are fuelling a rise in teen homicides in London.

A total of 28 teenage homicides have taken place in London so far this year – making it the deadliest year in more than a decade.

Ava’s death puts 2021 on course to be Britain's worst year for fatal youth stabbings since 2008.

Ava – knifed after a Christmas lights switch on – was the 40th killing.

'PUT THE KNIVES DOWN'

Of the 40 killed so far this year, 25 were in London, with the majority from BME backgrounds living in areas with high levels of poverty.

All apart from Ava were male.

And in hospitals, NHS admissions for knife related injuries are up six per cent in a decade.

Earlier this month when the total for teen homicides in London had reached 26, the Met Police’s lead on violent crime, Commander Alex Murray, said: "Part of talking to you today is to say to people, put the knives down, get rid of them – just get rid of them."

The Mayor of London, Sadiq Khan, said: “I am heartbroken at the number of teenage homicides in our city and country.

"Every death as a result of violence is a tragedy and my thoughts are with the families, friends and communities who have lost loved ones.

“As Mayor, I will continue to be both tough on crime and tough on the complex causes of crime, taking the action needed to prevent the terrible loss of young lives in our city.

"Thanks to relentless effort by the Met Police and record funding from City Hall, violent crime is now falling – but there is still much more to do in order to prevent violence and stop the terrible loss of young lives.

“We are also working closely with community groups to give them the tools and resources they need to support young Londoners.

"We know it’s more important than ever that we involve everyone across London – because no single organisation or service will be able to solve this alone."

Meanwhile, a Birmingham MP last week said the city was ''witnessing a rising tide of knife crime and terrible deaths'' after a murder in his constituency.

A 25-year-old man was stabbed to death in Chudleigh Road, Stockland Green, near Erdington last week.

The victim was rushed to hospital but died. Police arrested an 18-year-old man, from the Erdington area, on suspicion of his murder.

Erdington MP Jack Dromey is now calling for more action to be taken to rid knives from the streets.

"Birmingham is witnessing a rising tide of knife crime and terrible deaths," he said.

"Crucially, it is now about how we act once and for all to get knives off the streets."

West Midlands Poice was forced to axe about 2,000 officers – but has since recruited an extra 867 over the last two years, bringing the total to 7,558.

But Mr Dromey added: "Birmingham is about 1,000 police officers short of what is necessary for keeping our streets and communities safe."