Boris Johnson today defended keeping powers to overrule his new sleaze adviser Lord Geidt despite complaints the PM being in control is comparable to ‘a thief investigating a burglary’.

The PM insisted the newly-appointed ministerial standards adviser will do an ‘outstanding job’ after he was tasked with reviewing the murky funding of the No11 flat refurbishment.

Mr Johnson also stopped short of committing to publish the peer’s findings, despite Labour and the chair of the independent Committee on Standards in Public Life warning that the premier should not be the ‘ultimate arbiter’ of whether there has been wrongoing.

Following months of delay, Lord Geidt – former private secretary to the Queen – was finally appointed to the key job yesterday.

The post had been vacant since Sir Alex Allan resigned in November in response to Mr Johnson standing by Priti Patel, despite an investigation finding the Home Secretary’s conduct ‘amounted to behaviour that can be described as bullying’. 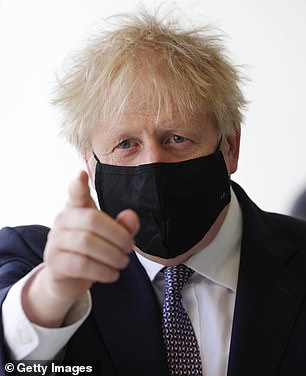 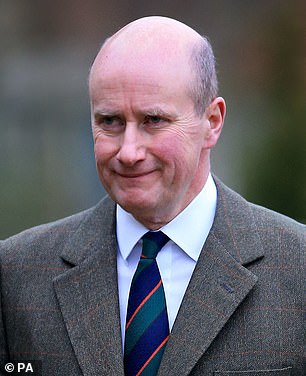 Lord Geidt was immediately handed the task of ‘ascertaining the facts surrounding’ the renovation of the 11 Downing Street flat and advising Mr Johnson ‘on any further registration of interests that may be needed’.

But No 10 admitted the PM will retain the power to exonerate himself of any possible breach of the ministerial code, including over the flat refurbishment.

It means the PM has overruled recommendations from Lord Evans, chair of the standards committee, that the adviser gets powers to launch their own investigation.

In a letter to Lord Evans overnight, Mr Johnson argued that he ‘cannot and would not wish’ to give up the power.

‘That vital responsibility is quite properly mine alone and, as an elected politician, one for which I am ultimately accountable to the electorate,’ he said. 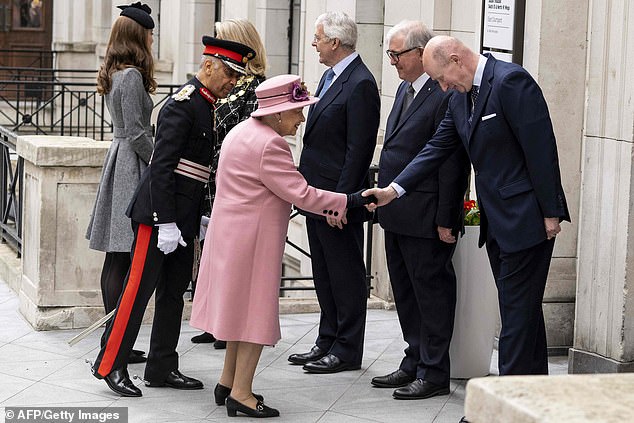 Following months of delay, Sir Christopher Geidt was finally named as the new independent adviser on ministers’ interests. He was immediately handed the task of ‘ascertaining the facts surrounding’ the renovation of the 11 Downing Street flat and advising Mr Johnson ‘on any further registration of interests that may be needed’

But Labour frontbencher Rachel Reeves criticised the lack of powers, saying ‘the police don’t require the permission of a thief to investigate a burglary’.

She also condemned the dodging over whether the full report will be published.

‘This is exactly why the Independent Adviser for Ministers’ Interests needs to have the power to trigger and publish investigations into breaches of the Ministerial Code,’ Ms Reeves said.

‘The Prime Minister must publish the Geidt report into the Downing Street refurbishment in full, otherwise he is once again marking his own homework, and seriously driving down standards and accountability.

Lord Evans had written to Mr Johnson to point out that ‘the adviser will still lack the authority to initiate investigations’.

‘We will want to consider how far the new arrangements provide the degree of independence and transparency that the committee believes is necessary.’

The appointment of Lord Geidt, a cross-bench peer who was the Queen’s private secretary for a decade, came as the Electoral Commission launched a formal investigation into the renovation.

No10 said ‘one of the first’ tasks for the new adviser is to look at publishing the long-delayed list of ministers’ interests, which has not been updated since July and could contain details of any donations to fund the Downing Street flat. 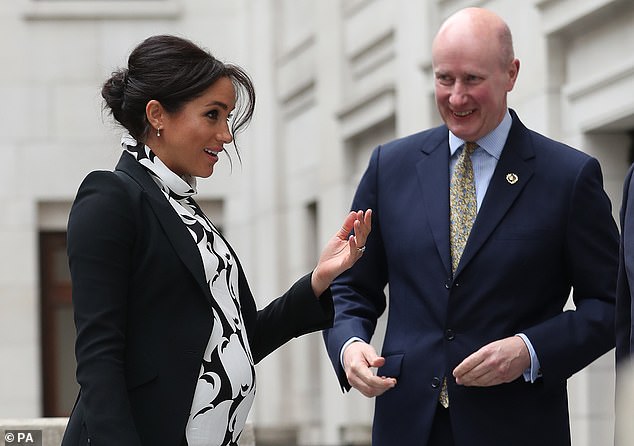 The appointment of Lord Geidt, a cross-bench peer who was the Queen’s private secretary for a decade, came as the Electoral Commission launched a formal investigation into the renovation. Pictured: Sir Christopher with Meghan, Duchess of Sussex

No 10 changed the role to allow the adviser to raise with the Prime Minister potential breaches of the ministerial code suitable for investigation.

Lord Geidt’s work will be separate to a review by Cabinet Secretary Simon Case, which brings the number of investigations to three.

The peer wrote to Mr Johnson saying he welcomed the moves to ‘stiffen the degree of independence of the post’, adding that he looks forward to ‘playing a part in maintaining the integrity of the ministerial code’.

RICHARD KAY: Toughest gig yet for top aide who put Queen in a parachute

When the Queen appeared alongside Daniel Craig in the televised James Bond gag for the opening of the 2012 Olympics, there was amused chatter in living rooms up and down the country at the bare-faced cheek of it all.

But within royal circles the humour was much more knowing.

For the man who signed off on the skit, in which a lookalike of the Queen parachuted from the night sky into the London stadium, was Her Majesty’s highly regarded private secretary Sir Christopher Geidt, whose past suggests a nodding acquaintance with 007’s secret service world.

Now Lord Geidt, the former Buckingham Palace courtier, will need all those skills of derring-do as he grapples with Westminster’s most incendiary political hot potato – as the Prime Minister’s ministerial standards adviser. 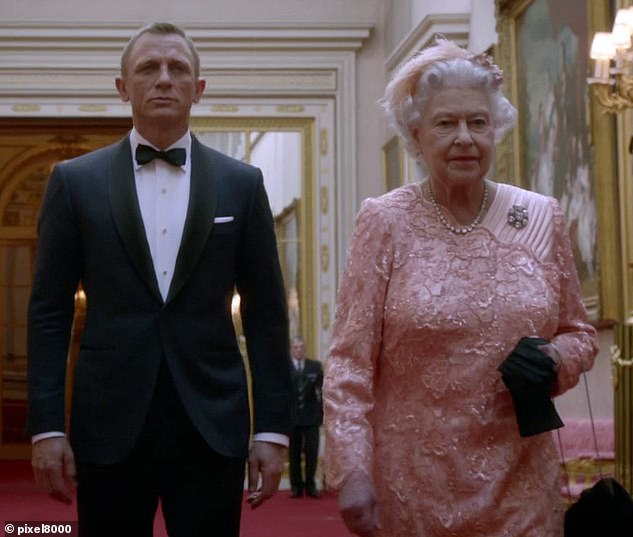 Lord Christopher Geidt, the former Buckingham Palace courtier who signed off on the 2012 Olympics skit where a lookalike of The Queen parachutes out of a helicopter, is to take on a new role as the Prime Minister’s ministerial standards adviser

The very first job in his in-tray will be to probe the funding of Boris Johnson’s Downing Street flat refurbishment.

The cross-bench peer has been tasked with ‘ascertaining the facts’ over the scandal surrounding the redecoration costs of the flat Mr Johnson lives in with fiancée Carrie Symonds and their son Wilfred.

A political storm over the cost of the decor and who paid for it simply will not abate despite the Government’s efforts. In turning to Lord Geidt, Mr Johnson has placed the issue in the hands of one of the most impartial and scrupulous figures in public life.

But Geidt will be no pushover. As a friend of the 59-year-old peer says: ‘Christopher possesses a rigorous mind and when he’s under pressure he knows how to resist it.’

Fifteen years at the Palace – ten as the monarch’s most senior aide – has hardened him to dirty tricks and chicanery. His term at the Queen’s side ended with him being forced out after an apparent power struggle with the Prince of Wales and the Duke of York. 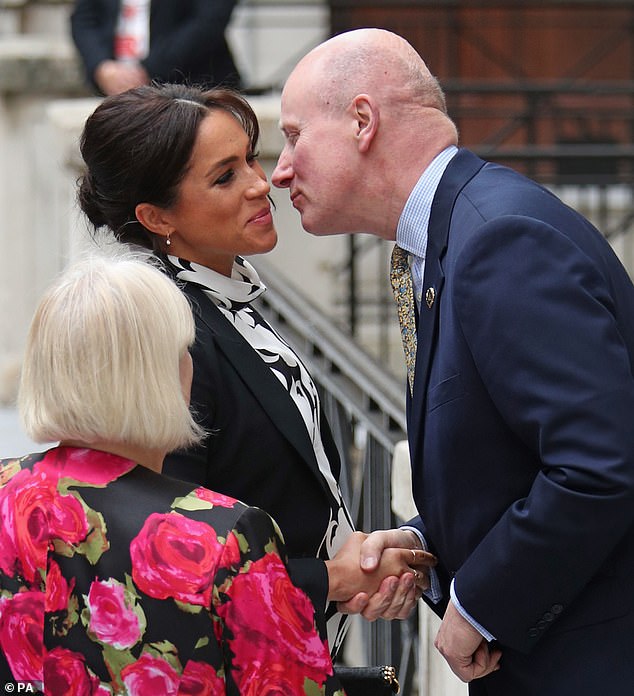 But Geidt will be no pushover. As a friend of the 59-year-old peer says: ‘Christopher possesses a rigorous mind and when he’s under pressure he knows how to resist it.’ Pictured: Sir Christopher with Meghan, Duchess of Sussex

It came in 2017 amid differences over how to manage the transition of power between the Queen, who was then 91, and Prince Charles.

According to insiders, Charles wanted the plans accelerated while Geidt favoured what he called a ‘gentle succession’. For his part Andrew was said to have objected to Geidt’s attempts to control his expenditure.

Matters were not helped after Prince Philip’s retirement when Geidt told a mass meeting of royal staff they had to unite in support of the Queen. Figures close to Charles complained that his manner was presumptuous.

‘After some pretty nasty battles with the royals he understands all the tricks of the Establishment and with his ‘spook’ background he can see through them,’ says Geidt’s friend.

All the same the former Army intelligence corps officer will have to keep his wits about him. Even before he was confirmed in the job there was speculation he was going ‘wobbly’ about the position, something No 10 was forced to deny.

As the Queen’s closest male confidant after Philip – a position that required not just discretion but the highest level of vetting – he not only acted as the daily conduit between the Palace and Downing Street, but also had access to summaries of MI6 intelligence.

His past had included suggestions of involvement in and around the secret services. When he was wrongly accused of working for the SAS in Cambodia, questions were raised in Parliament as to whether he was a member of MI6.

In 1991 Geidt, won ‘substantial’ damages from Central Television and journalist John Pilger, who had claimed he was secretly engaged in the training of the Khmer Rouge.

Born in London, Geidt was educated at private schools in Oxford and Scotland and studied at Trinity Hall, Cambridge.

After joining the Scots Guards, he was invalided out of Sandhurst and began working for the Royal United Services Institute before taking a commission in the Intelligence Corps.

That experience made him a natural choice as secretary to the UN’s special envoy to the Balkans based in Sarajevo at the height of the brutal Bosnian war.

He was said to favour wearing cricket whites as his ‘uniform’ allowing him to travel on both sides of the front line.

‘He was always popping up and disappearing again,’ recalled one colleague at the Office of the High Representative, set up to implement the 1995 peace treaty where Geidt’s job was often to liaise with bloodthirsty Bosnian Serb leaders.

In 2002 he was recruited to the royal household. His suave and steely charm soon caught the eye of the Queen and he was swiftly promoted. Knighted twice during his royal years, Geidt received a peerage on his retirement.

Away from politics and the palace, Lord Geidt, a father of two, runs a sheep farm on the Isle of Lewis where his mother’s family comes from, and five years ago took a sabbatical to work the land there. Dealing with Downing Street decor could not be more different.