NEWLY released footage shows the moment a father was shot dead as he checked on his injured girlfriend and two-month-old baby after a road rage incident with an officer duty police officer.

Alex Gonzales, 27, died on January 5 after being fatally shot in the back by Austin police officer Luis Serrato. 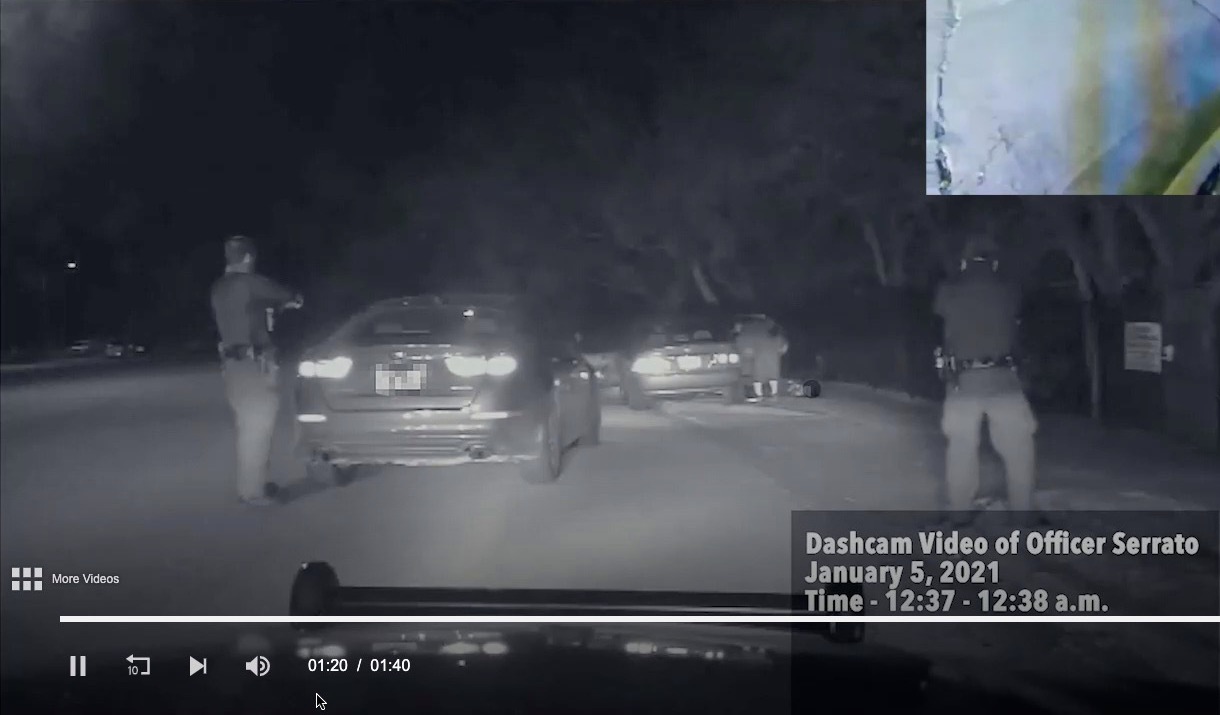 Serrato was responding to a 911 call made by his fellow officer Gabriel Gutierrez who had already shot and injured Gonzales after an alleged road rage incident.

Austin police on Wednesday released multiple videos, including body cam and dashcam footage, as well as footage taken by witnesses in nearby apartments.

The department also released the 911 call made by Gutierrez after he reportedly shot Gonzales following the road rage incident.

Gonzales allegedly cut off Officer Gutierrez and pointed a gun at him, leading to the cop firing at him at least seven times, according to bystander footage. 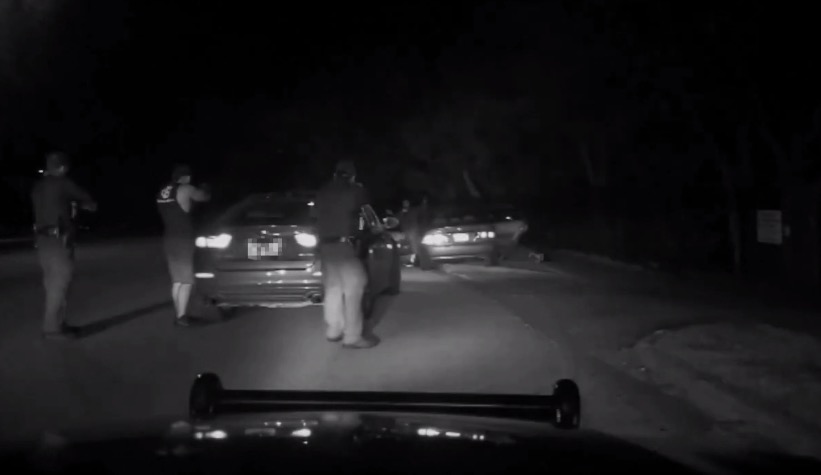 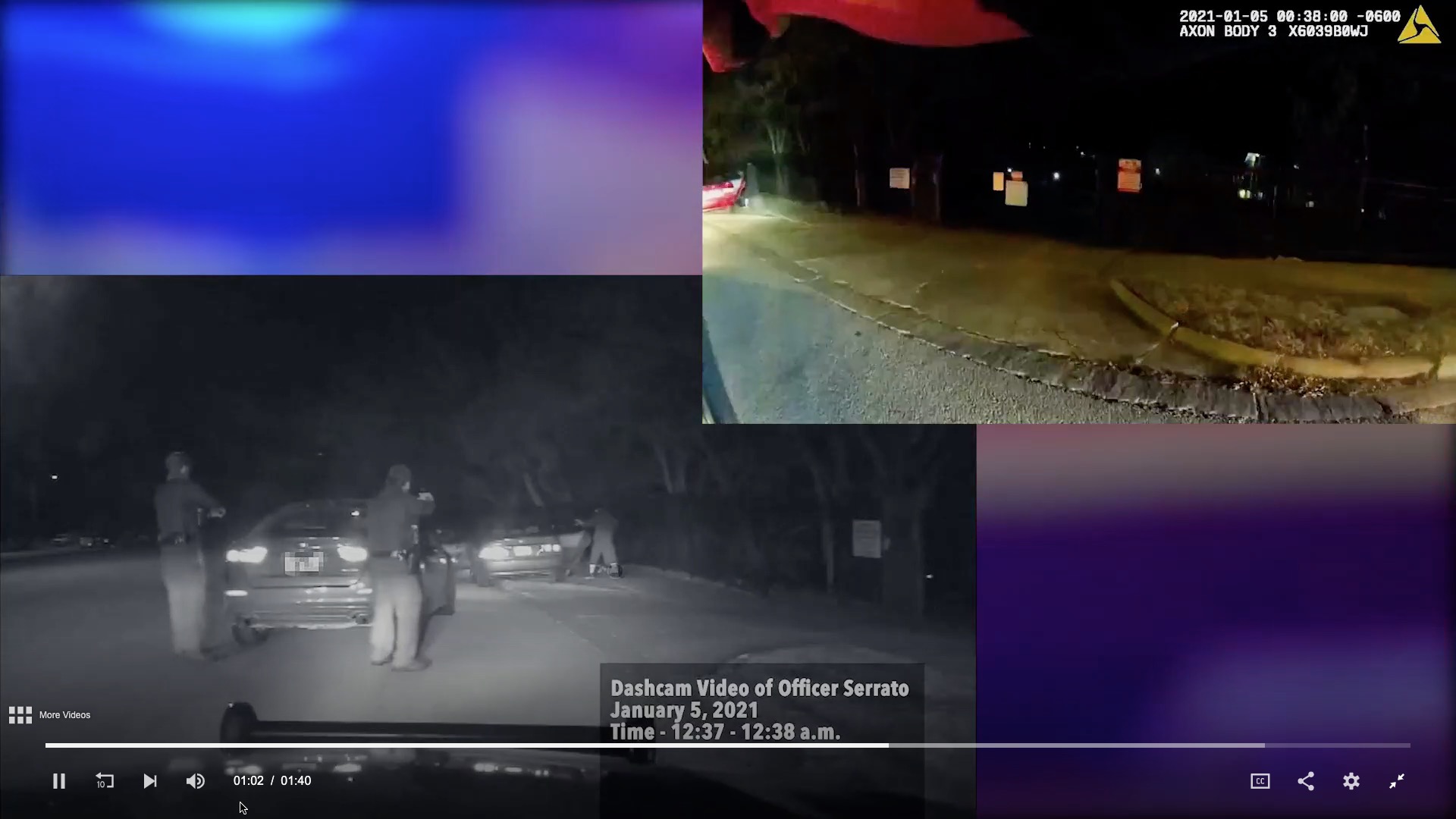 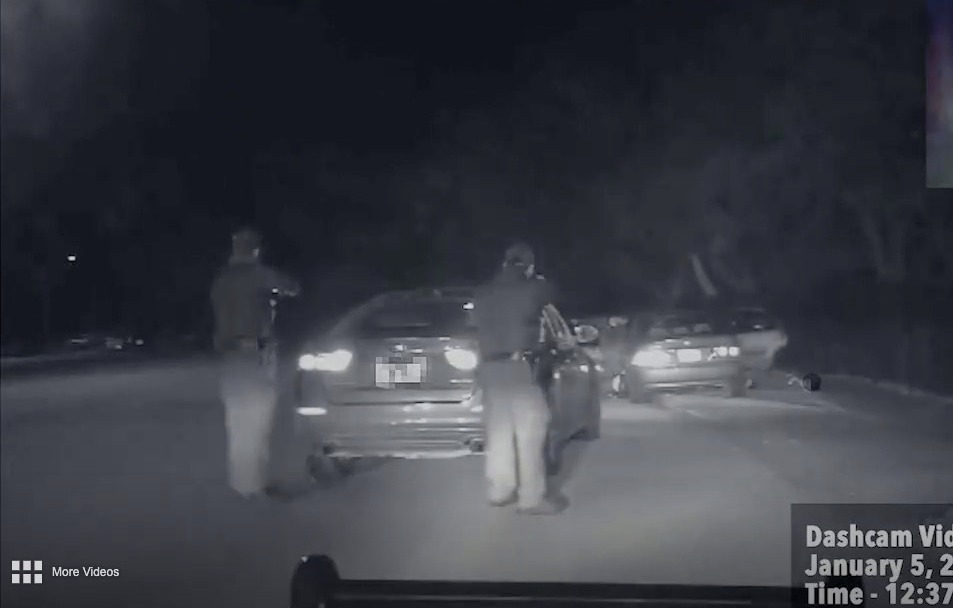 This shooting, which took place at around12.38am, was not caught on bodycam or dashcam as Gutierrez was off duty at the time and dressed in plain clothes.

Gonzales and his unidentified girlfriend were left injured in the shooting, with the woman lying on the ground and crying “my baby” as their child was strapped into the back of the car.

Gutierrez is heard repeatedly shouting at Gonzales to raise his hands and to stop reaching into the car.

“Don’t make me shoot you again man,” he shouts.

“It was a road rage incident.

"I was driving and he cut me off and he pointed a gun at me,” Gutierrez told the dispatcher as he urged them to call an ambulance. 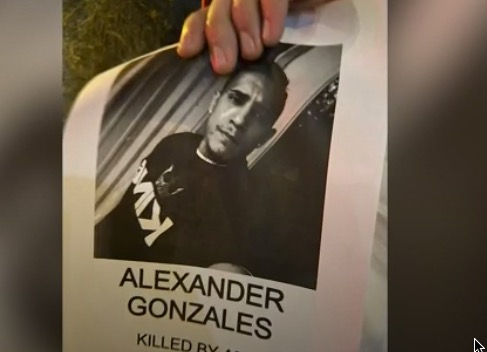 Gutierrez told the dispatcher that he was not certain if there was a baby involved in the shooting or if the woman was pregnant.

“He’s got blood all over his face, he’s standing. I don’t know if he’s still got his gun in his hands or not," he said of Gonzales.

"Put your gun down man. Don’t reach in your pocket,” he repeated directly to him.

The footage shows that the 27-year-old father had been reaching into the back of the car as he checked on the two-month-old baby inside.

Officer Nenno and Officer Serrato arrived at the scene and continued to give Gonzales commands in English and in Spanish to step away from his vehicle.

At this point, the footage shows he was still standing by his driver’s side door.

Serrato’s bodycam footage shows how the father stumbled to the back of the car and opened the rear passenger’s side door, as his girlfriend remained lying on the ground and crying for her baby.

BABY IN BACK SEAT

Officers repeatedly told him to stop but he continued to reach into the child and Serrato shot him into the back ten times just inches away from the baby.

He was pronounced dead at the scene ten minutes later.

A firearm was found but police say that Gonzales did not fire at any point during the incident.

His girlfriend survived the incident and the baby was unharmed.

“I think when you see the video, it’s going to be heartbreaking and tragic,” Scott Hendler, an attorney for Gonzales’ parents, told KXAN.

“What happened is unconscionable, in my opinion. There’s no credible defense for it.

“He’s clearly wounded,” he said of the footage when the responding officers arrived.

“The officers responding know that he’s bleeding because [Gutierrez] reported to the dispatcher, ‘He’s got blood on his face.’ 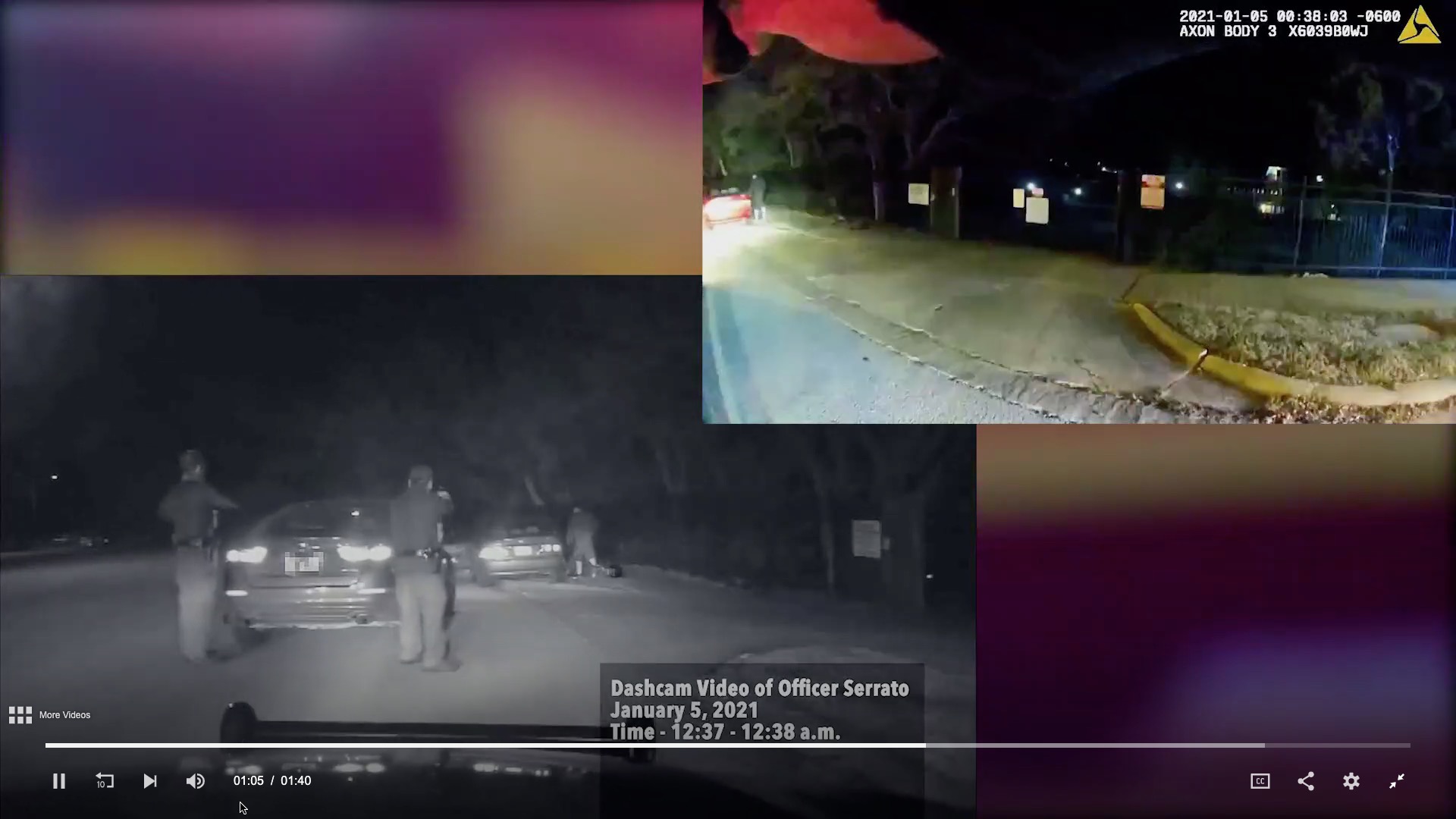 “He can be seen walking very unsteadily toward the back of the car using the car to hold him up," Hendler continued.

“He walks to the other side of the vehicle where his girlfriend and the mother of his child is lying on the ground, wounded, to check on her,” Hendler added.

Gonzales’s mom had planned to hold a press conference after first viewing the footage on Tuesday but was forced to cancel as he was so overcome with emotion.

Attorneys for Serrato, who has been an officer for two years, had called upon the department not to release the video in an open letter.

“Releasing video footage under the guise of transparency, in this manner and at this time, is completely counterproductive to the overriding goal of maintaining fairness in our justice system and ensuring public confidence that the system worked properly,” the attorneys wrote.

Both Gutierrez and Serrato have been placed on administrative leave as the investigation continues.