A BLOOD-SOAKED Pennywise horror clown has been spotted wielding a knife and lurking in a door frame in a shocking Google Maps find.

The freaky clown stands peering out of a door splatted in "blood" at the entrance of a basement flat in Montreal, Canada. 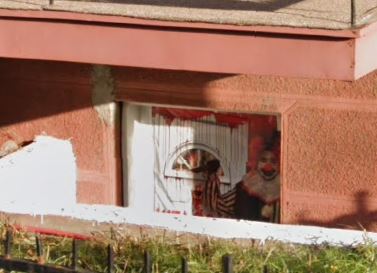 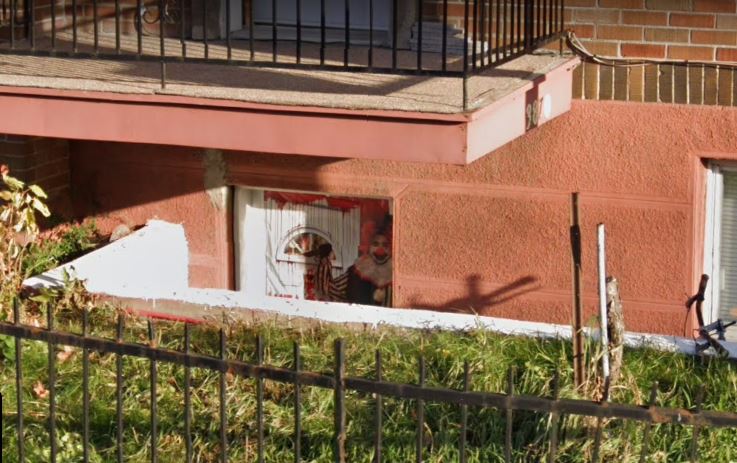 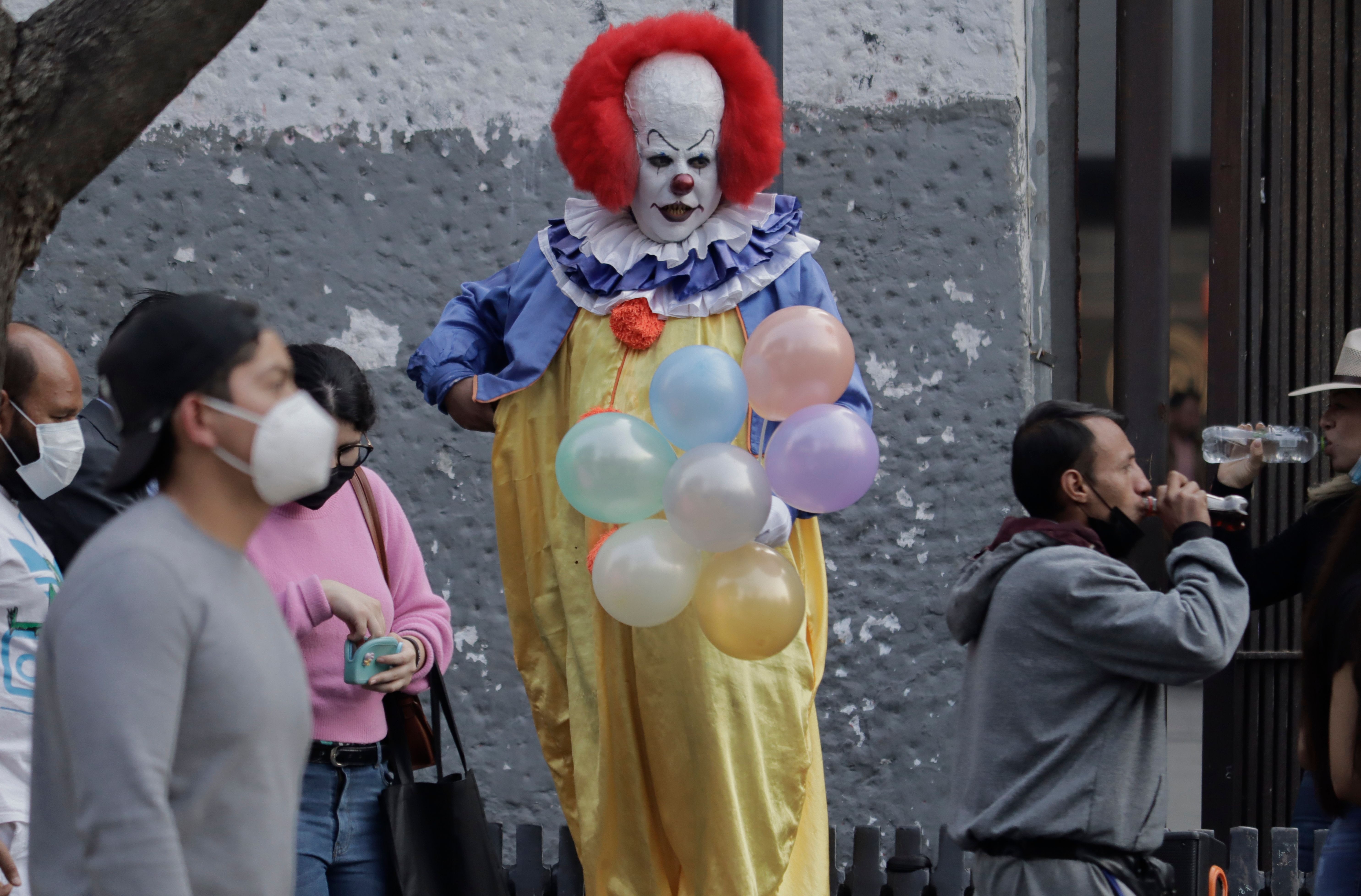 The prankster managed to perfectly time the photo to show a horrific scene of him brandishing a bloody knife just as the Google Maps camera van drove by.

Whether they planned it in order to bemuse future maps sleuths or the van happened to pass the Quebec basement apartment just as a Halloween party was about to begin is anyone's guess.

Pennywise was the terrifying killer clown from Stephen King's 1986 horror novel, IT, who feeds off children.

The character in the novel is an ancient, "trans-dimensional" evil entity preying on kids in Maine, USA.

Roughly every 27 years, using a variety of powers that include the ability to shapeshift and manipulate reality, it goes unnoticed by adults, so the story goes.

Back in 2014, the police were alerted after the maps feature appeared to capture a murder.

They followed it up and traced the so-called killer to a mechanics’ car repair shop in the same street.

It turns out that the scene was just a sick prank pulled by workers when they saw the camera car approaching.

In 2013, an image posted on Reddit led to a murder probe after people assumed someone had been killed.

Internet users noticed what they thought was a trail of blood in an aerial photo in a park in the city of Almere, Netherlands.

For days people assumed someone had been killed, with a dark trail left on the jetty jutting into a lake in Beatrixpark and at least one person standing over an object.

However the explanation was far less sinister. By zooming in on the picture, internet users found the object was in fact a dog.

The pet’s owner Jacquelina later told The Sun she and a friend had been out swimming and the trail was left after the water-loving dog jumped off the end of the jetty, swam back to shore and ran down the jetty.

In another freak picture, an image of a blonde girl walking, taken in Chicken Itza in Mexico, seems normal enough – until you look at her legs.

They appear to be bent backwards at the knees, resembling some kind of goat.