We have made our live coverage of the coronavirus pandemic free for all readers. Please consider supporting our journalism with a subscription.

NSW Liberal elder and Warringah local Bruce Baird says he has directly encouraged Gladys Berejiklian to run for the seat, but acknowledges there are risks for the party in nominating someone who is under investigation by the Independent Commission Against Corruption.

Meanwhile, a number of senior Liberal sources – who declined to be identified – expressed reservations about Ms Berejiklian contesting the seat before ICAC has delivered its findings, with one saying it was a “terrible” idea.

Another warned: “If she wants to move on from ICAC, she shouldn’t run. If she runs she will remain a public figure. And ICAC needs to justify its approach to her, so it will either find or comment against her negatively.”

Australia will not send officials or politicians to China for the Winter Olympics in a rebuke of Beijing over its human rights record, with a final decision on whether to launch a full diplomatic boycott to be made within days.

Prime Minister Scott Morrison is weighing up whether to follow United States President Joe Biden’s administration in announcing a full diplomatic boycott of the Beijing Olympics, which China labelled “a pretentious act” and warned of “countermeasures”. 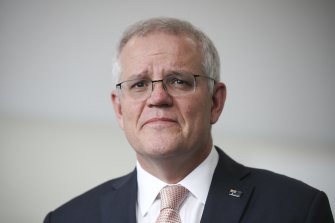 The Morrison government will announce within days whether it will sign up to a full diplomatic boycott.Credit:Alex Ellinghausen

Several senior government sources, who were not authorised to speak publicly, confirmed Australia would send some kind of signal to China over its human rights abuses in Xinjiang and Hong Kong and the treatment of Chinese tennis player Peng Shuai.

It has already been decided no Australian-based officials or politicians will attend the Beijing Olympics in February next year, and Canberra has refused to sign the Olympic Truce to also send a message to Beijing.

But the government is still considering whether Australia’s ambassador to China, Graham Fletcher, and other embassy staff will attend events and whether to publicly call it a diplomatic boycott.

Primary schools are at the centre of most large COVID-19 clusters recorded in Victoria, as infections in unvaccinated children, who doctors say mostly have mild symptoms, remain at high levels.

The end of lockdown and daily press conferences has dimmed the focus on the state’s case numbers, which remain elevated at about 1000 a day, but the nature of the outbreak has been shifting. Analysis by this masthead shows schools with junior students make up 25 of the 40 largest existing clusters identified by the Victorian Health Department.

Clusters with more than 10 known cases have also been linked with aged care homes, house parties and hospitals, and more than 50 cases are tied to mass gatherings and protests in Melbourne’s CBD.

Victoria’s daily infection rate is still significantly higher than NSW’s – where the seven-day average is 271 new cases – because the state had higher numbers when it opened up.

Read more about the situation in Victoria here.

NSW Health has issued a public health alert after five cases of COVID-19 were identified from a Sydney Harbour party boat cruise, including two “likely” to be the Omicron variant.

About 140 people who signed in with a QR-code before boarding the boat are being urgently contacted by public health officials.

The cruise departed King Street Wharf on Friday, December 3 at 7.30pm and returned around 11pm.

“Genome sequencing to confirm if any of the five confirmed cases have the Omicron variant is underway,” NSW Health said in a statement.

“Preliminary results indicate two are likely to have it.

“All cases are isolating at home.”

This morning’s headlines at a glance

Good morning and thanks for your company.

It’s Wednesday, December 8. I’m Broede Carmody and I’ll be anchoring our live coverage for the first half of the day.

Here’s everything you need to know before we get started. 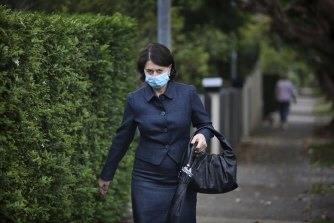 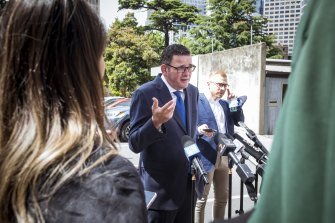 Victorian Premier Daniel Andrews could have some members of his team quit the Labor Party and sit on the crossbench. Credit:Chris Hopkins 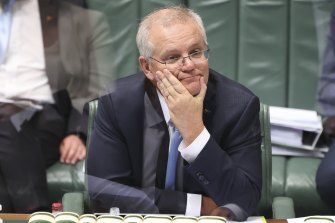 Prime Minister Scott Morrison is weighing up whether to launch a full diplomatic boycott. Credit:Alex Ellinghausen