The Andrews government has quietly shelved its Australia Day parade – a move welcomed by the co-chair of the First Peoples’ Assembly of Victoria who described the event as an annual “slap in the face”.

A flag raising ceremony will go ahead at Government House, as will a gun salute at the Shrine of Remembrance, but the parade down Swanston Street, in Melbourne’s CBD, will not return this year after two years of cancellations. 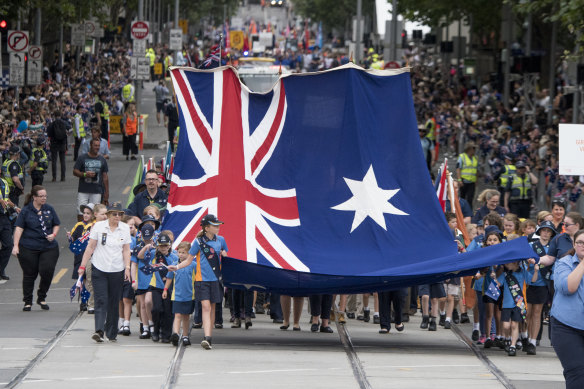 Instead, the government will host an event in Federation Square to “reflect, respect, celebrate” on January 26.

“Victorians are choosing to mark Australia Day in different ways,” a spokeswoman from the Department of Premier and Cabinet said on Saturday.

Thousands of people have turned out in recent years for an Invasion Day rally on January 26, a march through Melbourne’s CBD organised by the group Warriors of the Aboriginal Resistance.

Marcus Stewart, the co-chair of the First Peoples’ Assembly of Victoria, an elected body to help develop a Treaty framework for the state, welcomed the government’s decision not to proceed with a parade.

“It’s a positive step forward, but we still have a long way to go. We need to create a day we can all celebrate, not one that pushes us apart,” Stewart said.

Stewart said January 26 marked attempted genocide through British colonisation and was a day to mourn Indigenous people who have died in custody and during the frontier wars. 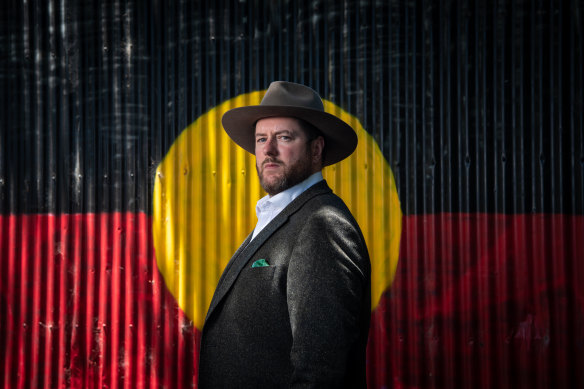 Marcus Stewart from the First People’s Assembly says the Australia Day parade was a ‘slap in the face’ for Indigenous people.Credit:Justin McManus

“The parade [was] a slap in the face, and rubbed salt in the wounds, so it’s a positive step that it won’t be proceeding.”

The parade was cancelled in 2021 due to COVID-19 and did not return in 2022, which Acting Premier Jacinta Allan at the time said was not due to the pandemic. “This has got everything to do with how, as a community, we choose to mark the day differently,” Allan said last year.

“This is a popular family event that both brought communities together and people into our CBD – it shouldn’t be tossed aside without any explanation,” Pesutto said.

“Daniel Andrews must explain to Victorians why this important event will not be proceeding.” 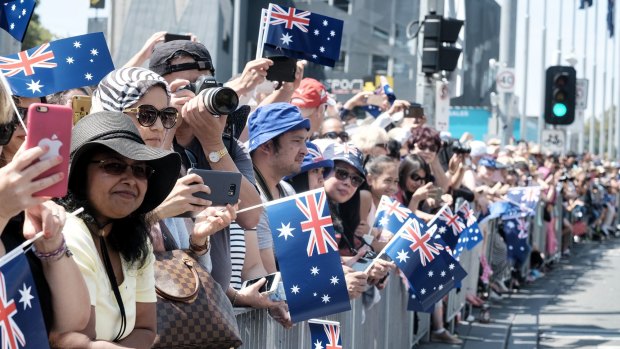 A spokeswoman for the Victorian government said a range of events would be held to encourage “respectful reflection, togetherness and inclusion”, and acknowledged that some people consider January 26 a day of mourning.

“We recognise the traditional custodians of our land and aspire to celebrate our nation in ways that respect our First Nations peoples as part of our ongoing work on self-determination and Treaty in Victoria,” the spokeswoman said.

The City of Melbourne previously provided $100,000 a year in sponsorship for the government’s Australia Day events, including the parade.

But the council is advocating the federal government change the date of Australia Day after a RedBridge poll of 1600 residents and business owners found 60 per cent of people in the council area supported such a move.

“It’s clear there is majority support in our municipality to change the date on which we celebrate our nation. However, it’s ultimately the federal government’s decision,” Lord Mayor Sally Capp said.

The council will continue to hold citizenship ceremonies on January 26, even though the federal Labor government has overturned a requirement they be held on Australia Day.