Such has been the desperation of some Afghans to flee Taliban rule, many stayed at the gates of Kabul airport despite warnings of an imminent attack.

That attack would tragically occur on Thursday evening, killing at least 95 people.

But the airport is not the only place where people trying to escape have been going to. They have also been fleeing to the borders, and within Afghanistan they have moved across regions to avoid violence for many years.

At the end of 2020, there were 3.5 million internally displaced people in Afghanistan.

And these numbers are increasing rapidly in the wake of the Taliban advance.

Data from the UN’s Office for the Coordination of Humanitarian Affairs (OCHA) shows that more than half a million additional internal displacements have been recorded in 2021 so far, up 38% from the same period in 2020.

There is now little means to escape the Taliban within Afghanistan, but their activities have been triggering mass displacements across the last decade.

And while Kabul has only recently fallen, there have been many examples across the country of people being forced from their homes.

On 30 June, the Taliban took control of Rostaq district in the northern Takhar province.

The next day, 371 people left Rostaq. This is the first-time displacements were recorded since 2016 in the district.

Most fled to the neighbouring district of Taloqan, an area that has also received people displaced from other parts of the province. Taloqan was actively contested, and it did not fall under Taliban control until early August.

The district of Bamyan recorded more than 90,000 displacements in July, coinciding with intense fighting in the area.

Of those 90,000, a third moved within Bamyan district while the rest were displaced to neighbouring areas such as Panjab, Waras and Yakawlang.

Bamyan had the highest rate of displacement in Afghanistan this year followed by Ghaziabad in the eastern province of Kunar.

Violence this year in the district led to more than 15,000 displacements over a two-month period. This accounts for about 90% of all displacements due to conflict since 2016.

Very few displacements were recorded in Dasht-e-Archi in Kunduz province in 2021. But the district saw more than 5,400 displacements in autumn 2019, after the Taliban took control of the area in August that year.

Many people have moved out of the way of the Taliban. A lot of that displacement recently has been in urban areas as cities fell to the Taliban.

These four districts are only some examples of how violence and the fear of the Taliban are forcing people to find a safer place. At least half of the districts of Afghanistan have recorded people displaced up to August this year.

But why exactly are people being displaced?

Conflict is one answer, but the rural districts of La’l wa Sarjangal and Kohistanat can provide further insight into why some Afghans may fear the Taliban’s rule.

Lal wa Sarjangal, also known as Lal, sits in the heart of the country in Ghor province, and the people there have shown little support for the Taliban.

It is almost exclusively populated by the Hazara, an ethnic group who make up around 10% of the Afghan population. They have long suffered at the hands of the Taliban, most notably in 1998 when the Taliban executed several thousand Hazara men in the northern city of Mazar-I-Sharif after fighting.

And Taliban atrocities against the Hazara have been seen more recently as well.

In July this year the Taliban murdered nine Hazara men in one village less than one hundred miles from Lal. Three of these men were brutally tortured before being killed.

But the Taliban claim they are now an “inclusive” group, ready to govern a multi-ethnic Afghanistan. They have installed a Hazara governor, Mawlawi Mehdi, in a district only 20 miles from Lal.

Yet analysts have downplayed the importance of Mehdi’s position and have cautioned against assuming it marks a change in Taliban attitudes to minorities. 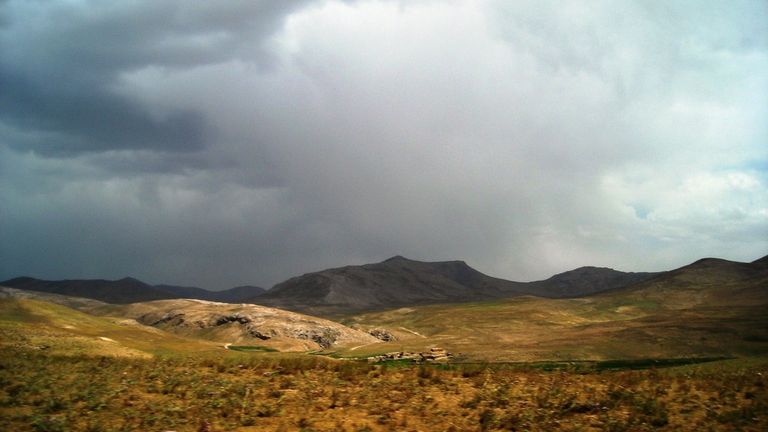 Ethnic violence is not the only fear that has driven communities to flee the Taliban. Wider repression has often accompanied Taliban control.

When last in power, girls were prohibited from going to school and women from having employment.

The Taliban claim they will now permit some of these things – as long as it is in accordance with their interpretation of Islamic law.

And there is some hope that they will allow this.

Bob Kitchen, Vice President for Emergencies for The International Rescue Committee, an NGO working in Afghanistan, said that in places under Taliban control over the last five years, “we have been able to have women in our workforce and we have been able to run women’s education programmes”.

However, in Dasht-e-Archi, the Taliban-controlled district in Kunduz province that has seen high levels of displacement, there were almost twice as many male than female students attending school in 2019. And that was before the only remaining girls’ high school in the district was shut by the Taliban later that year.

A Taliban official told Human Rights Watch in 2019 that in some parts of the country the local communities were not supportive of girls’ schools. “We cannot impose from the top,” the official said.

Dr Patricia Gossman, Asia Director at Human Rights Watch questioned this narrative that the Taliban are only providing the policies Afghans want: “There is significant variation in girls’ education across the country. Places like rural Helmand in the south may be very conservative, but that’s not true in the cities and it’s not true in more ethnically diverse areas.”

And a 2016 UN report made clear that in Lal, only coming under Taliban control in recent weeks, the local community was strongly supportive of female education.

The Taliban will now have to contend with the sort of challenges of being a responsive government, delivering public services. As Bob Kitchen noted, “being an opposition force controlling territory is very different to being a de facto government”.

The Taliban have already been governing the district of Kohistanat, which neighbours Lal, for the last five years.

They have instilled their own justice system, resulting in one couple being whipped by the Taliban authorities in 2018 after they failed to get their families’ approval before marrying.

But while this may be “a law and order kind of approach, it is not a rule of law. It’s a security, but a brutal kind of security”, said Dr Gossman.

Another incident in Kohistanat in 2019 exemplifies the Taliban’s style of governance.

The residents of a village protested after a host of shops were closed, forcing the inhabitants to shop in another village to satisfy a local Taliban leader.

The Taliban met the protest with bullets, killing three people.

It may help explain why in the last four years the OCHA data shows that no one has fled from another part of Afghanistan and settled in Taliban controlled Kohistanat.

And it accords with the title of the Human Rights Watch report into life under Taliban governance: “You have no right to complain.”

The Data and Forensics team is a multi-skilled unit dedicated to providing transparent journalism from Sky News. We gather, analyse and visualise data to tell data-driven stories. We combine traditional reporting skills with advanced analysis of satellite images, social media and other open source information. Through multimedia storytelling we aim to better explain the world while also showing how our journalism is done.