An international student has been denied the opportunity to continue her research into potential new painkillers because Defence officials feared it could be used to develop weapons of mass destruction.

The Chinese national was well-regarded at the University of Queensland and during her undergraduate studies produced six research papers on the potential use of modified spider venom for pain relief. 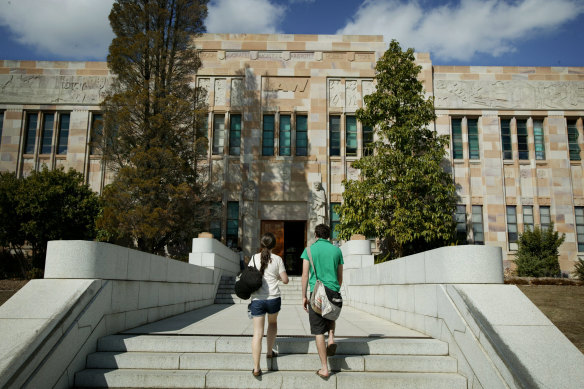 The Chinese national was denied a visa to return to the University of Queensland.Credit:Glenn Hunt

But when the student applied for a visa to return to complete a PhD, and continue working with experts in the field, the Department of Defence intervened – because venom could potentially be weaponised by foreign powers.

“She was actually declared unfit to study in Australia on that topic because she might be developing weapons of mass destruction,” said the university’s Professor Glenn King.

“It was the most absurd decision I’ve ever heard and shows a complete lack of knowledge at a government level about what the research entailed.” 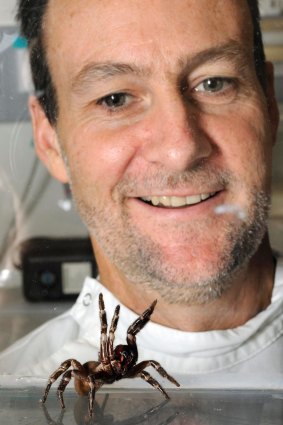 Biochemist Glenn King with a funnel web spider.Credit:University of Queensland

The Defence Trade Controls Act allows the department to regulate the supply of technology relating to military and so-called strategic goods, which in the Queensland case extended to information regarding the use of toxins from venom.

King said their “many letters of complaint” confirmed the lack of appeal rights, and that the student would not be granted a visa to continue her work.

King made the comments during an interview for a podcast, due to be released on Wednesday, with Group of Eight chief executive Vicki Thomson.

Thomson said Defence interference had become “a perennial issue” in the university sector, routinely causing visa delays of 12 to 18 months.

She said in some cases, the Australian Research Council had deemed work eligible for government funding, only for Defence to interpret it as a potential threat.

The Group of Eight, which represents Australia’s major research universities, including UQ, has raised the issue with the federal parliamentary Joint Standing Committee on Foreign Affairs, Defence and Trade.

“A proper assessment of the risks of this project by someone who was appropriately qualified to do so could have resolved any concerns and potentially avoided the loss of this valuable work – and avoided damage to Australia’s international education reputation,” the organisation wrote in a submission.

King said venom research had already contributed to the development of at least six drugs worldwide and “people have been doing it for many decades”.

With Australia home to the funnel web spider, that provided local researchers with a competitive advantage. King’s team, through the Translational Research Institute in Brisbane, is already testing the use of certain molecules to respond to strokes and heart attacks in humans.

“Without a good team it’s not going to go anywhere,” King said.

In mid-2022, according to documents obtained under freedom of information laws, Australia’s immigration database contained 8441 alerts relating to foreign nationals suspected of involvement with weapons of mass destruction.