Former Andrews government lynchpin Gavin Jennings has a new gig. The upper house MP was special minister of state until he quit parliament last year, receiving a standing ovation on his way out of the chamber.

Now, thanks to a filing on the Victorian Public Service Commissioner Register of Interests, we can reveal that Jennings has a new job as a consultant and has taken on Liberal-aligned lobbying firm Dragoman International as a client. 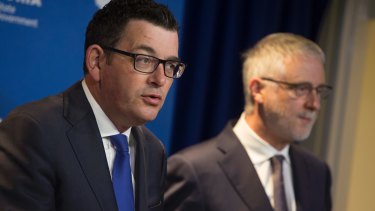 Earlier this year it was revealed that the firm, which has former Dow Chemicals boss Andrew Liveris chairing its international advisory board, had hired former chief spook Nick Warner, ex-director general of Office of National Intelligence, as a “counsellor”.

Weird company for Jennings, a former self-confessed Labor Party “machine person” but pandemic pivots have made strange bedfellows of many of us.

We would like to explain what is happening in the Victorian Liberal Party and Senate preselection process for the Senate, but we can’t. No one else seems to be able to either. At stake is who will get Senate preselection in the wake of Senate president Scott Ryan surprise departure from parliament nine months earlier than planned. 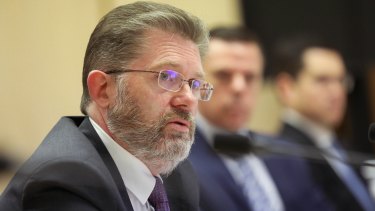 Time is ticking: Who will replace Scott Ryan on the Senate ticket?Credit:Dominic Lorrimer

Then there is the Senate ticket at the upcoming election to decide. Former ABC presenter Senator Sarah Henderson was appointed to fill the vacancy when Senator Mitch Fifield stopped his ceaseless ABC bashing to head to New York as our ambassador to the United Nations.

Last week all appeared on course after state president Robert Clark proposed some motions about the preselection process, which were seconded by Federal Treasurer Josh Frydenberg. But something has gone badly wrong, as the motions have now been withdrawn at the insistence of the Treasurer.

As always, the drama centres around whether the party can ever get with the 21st century and hold preselections online.

The clock is ticking, as Ryan plans to leave before Federal Parliament resumes in two weeks and his replacement must be ratified by the Victorian Parliament. Clark forces want Greg Mirabella, a lawyer and former soldier who happens to be husband of former federal MP Sophie Mirabella. State party treasurer Owen Guest also has the Clark camp’s support for a slot on the ticket.

Maybe the admin committee will decide who replaces Ryan as a casual vacancy. But surely they would be wise to drum up some female candidates? 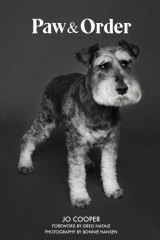 Canine change-agent and mascot of monumental strata reform Angus the Schnauzer is gone, but certainly not forgotten. As CBD revealed – rather tragically – on Tuesday, singer Jo Cooper’s famed pooch passed away over the weekend. He had played the central role he played in Cooper’s long-running NSW Supreme Court battle for apartment owners to keep pets in high rises. But he’s not the only doggy to feature in Paw & Order a glossy coffee table book covering the strata battle and the furry friends involved.

But one who didn’t make the cut is rescue dog Max, owned by independent MP for Sydney Alex Greenwich. As Horizon residents opposed to lifting the dog ban hosted fundraisers for Greenwich, the MP and Cooper didn’t see eye to eye. 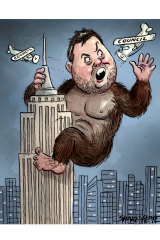 NewsCorp high flyer Damian Eales has officially taken his seat inside the media giant’s Manhattan headquarters in his new role as global chief transformation officer. Readers will recall it was in July last year that NewsCorp chief executive Robert Thomson promoted Eales – then NewsCorp Australia’s chief operating officer – to the Murdoch big leagues inside NewsCorp’s Avenue of the Americas HQ. The pandemic put a giant brake on the transition plans. But the delay was an unexpected boon for Eales considering the matters on his homefront. Since November 2018, Eales has been overseeing a near $5 million renovation at his harbourfront home on Sydney’s Birchgrove.

And Andrew Bogut thought he had planning headaches with Bayside Council and his attempts to build a forever home in Beaumaris. Eales plans to demolish a newer portion of the 1881 heritage home 1881, while adding a more sympathetic extension were approved by Inner West Council, but it is still considering updated plans to include a lift.

Well, sort of. An exhaustive list of conditions attached to the approval is the red-tape nightmare. Eales is barred from using concrete flooring in the original portion of the house. A “hemp based solid floor can be considered”, they note, just so long as it is “detailed … to ensure that moisture is not forced into the walls.” Eales has been told at least 85 per cent of plants must be indigenous to the Inner West or Sydney basin area, while an historic well must be “maintained [so that] the entire feature does not fill with water during heavy rain”. Even so, work is progressing at the site even as Eales is now in New York. No doubt he’s better equipped to navigate the politics of a New York apartment co-op for it.