AN AUSTRALIAN surfer has undergone eight surgeries and spent two months recovering in hospital after his arm was ripped to shreds by a great white shark.

Joe Hoffman, 25, had a near-fatal encounter with the deadly beast on July 5 off of the picturesque Killick Beach in New South Wales. 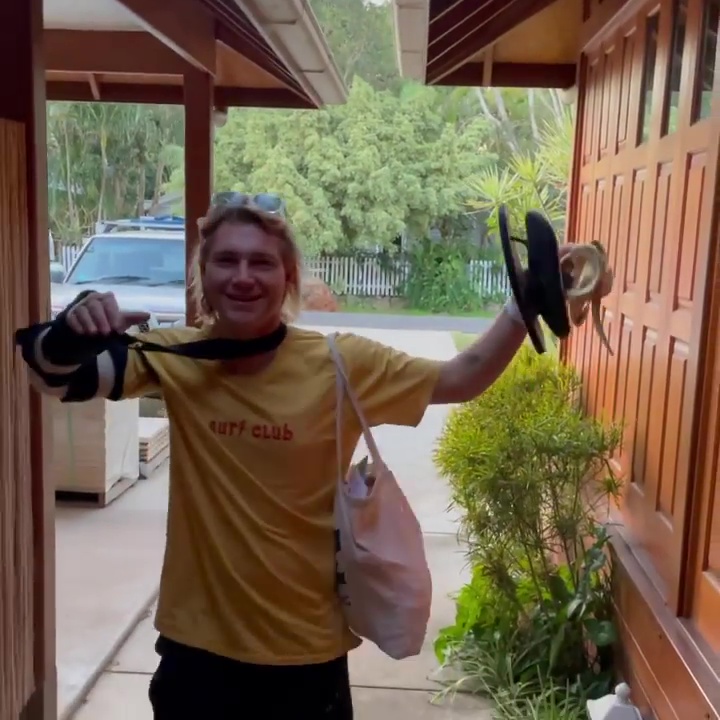 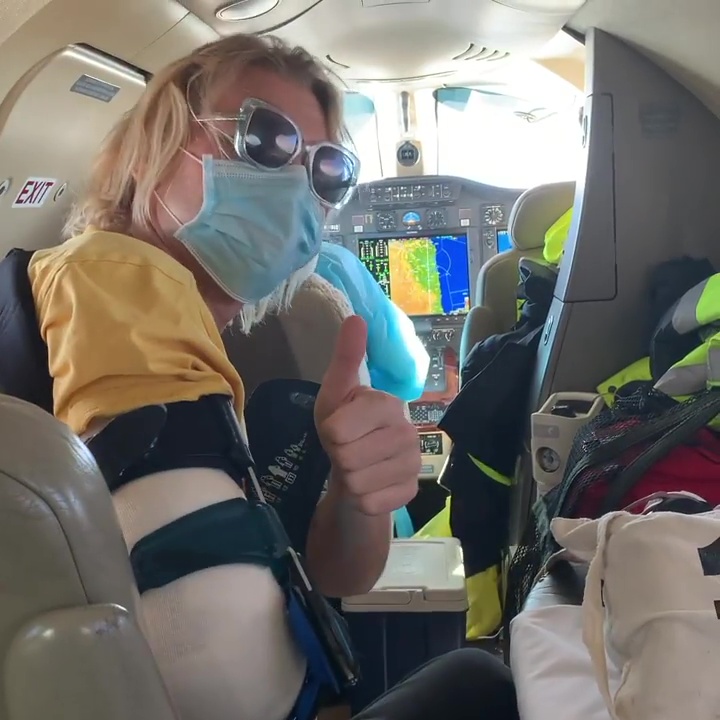 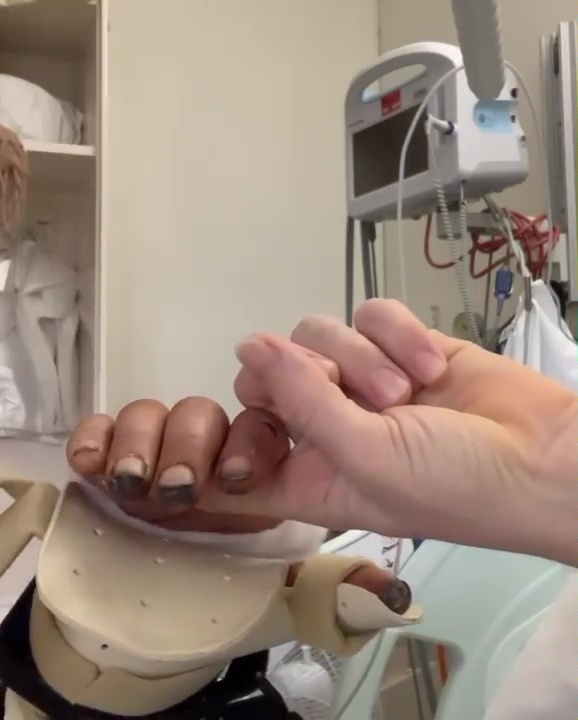 Speaking to ABC News, Joe admitted that the conditions that day were particularly "sharky looking".

This was due to it being in the late afternoon, 4:30pm to be exact, and whale season.

But the 25-year-old said he and his friend, who had travelled more than 290 miles from Byron Bay, were willing to take their chances.

He had been out in the sea for half an hour when the waves began to roll in.

"It was a great wave," he recalled. "Little tube in the end."

Buzzing from the success of his first wave, Joe paddled back out.

It was then when he ducked under a wave that the great white took a chunk out of his board before tearing his arm to shreds.

"I think as I've duck-dived the wave [the shark] has taken a chunk out of the board," he said.

"Then it might have gone again and taken another glancing bite and got my arm."

It took Joe a few minutes to realise what had happened.

"It's so quick," he explained."It was there and just gone. In a way, I think that has helped my PTSD because I can't recount it.

"My mind was on a lot of other factors. I was still kinda fizzing off the wave."

Keeping calm, Joe waited for the next wave and walked onto the beach where bystanders came to his help.

By chance, the bystanders happened to be a paramedic, an anaesthetist and a trauma surgeon.

"There's not a doubt in my mind it would have been a catastrophic result, if any of those people weren't involved," Joe said.

"I wouldn't have made it up the beach. I would have bled out."

In the attack, the great white snapped both bones in his forearm, severed multiple tendons and cut his radial nerve.

The 25-year-old was flown to John Hunter Hospital in Newcastle that evening. 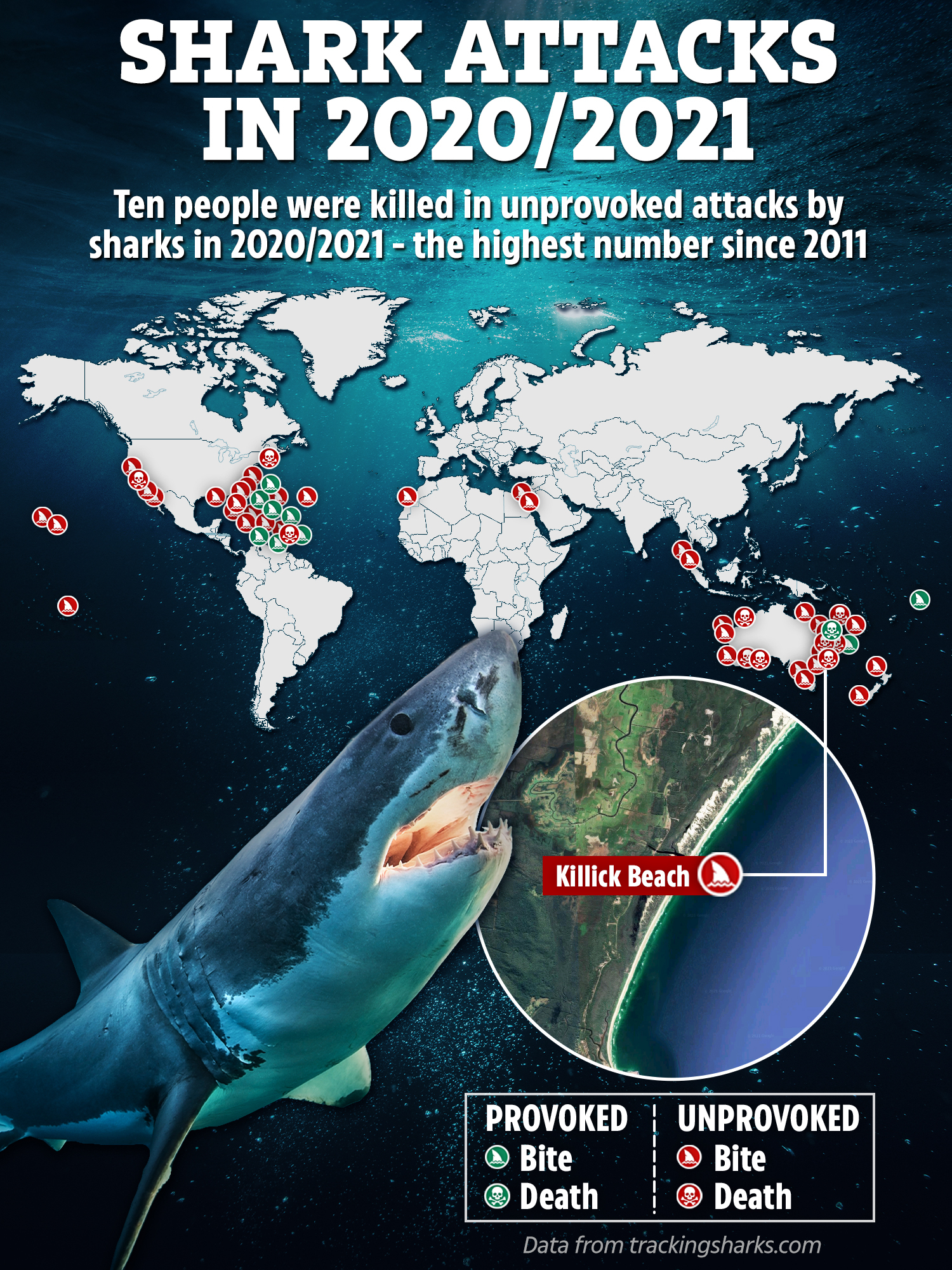 It is unknown if Joe will ever have full mobility of his arm again but the surfer is optimistic.

"Any little improvement I have is awesome," he said.

"I have to take it retrospectively. I was close to not having an arm."

From 2010 the number of shark attacks have exploded across the globe as  as swimmers continue to ignore bloodbath warning signs.

America has overtaken Australia for the number of attacks with Cape Cod, Massachusetts, now considered the shark capital of the world.

However, despite a spike in maulings by the ferocious beasts and signs warning of attacks on beaches in the US and Australia, swimmers are still putting themselves at risk.

The US recorded the largest number of shark bites, reporting 33 incidents, while Australia recorded 18.

A whopping 791 shark attacks have been reported between 2010 and 2019, according to data published by the International Shark Attack File, with an annual global average of 80 bites.

It shows an incredible rise compared to data from 1970 to 1979, when just 157 attacks were reported.

Surfers and water sports lovers seem to be the prime targets, accounting for 61 per cent of victims last year.