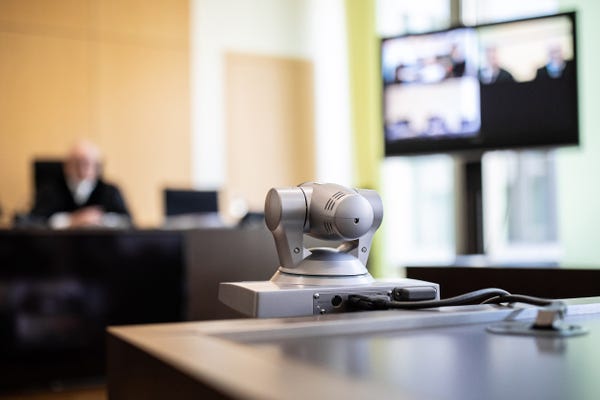 A federal court hearing in Georgia being conducted over Zoom was interrupted by an uninvited participant who entered the virtual meeting and showed graphic content, CNN reported.

The incident happened Friday, just over two hours into the Zoom meeting, according to the report. An unknown individual joined the Zoom call and immediately began to broadcast their screen to the other participants, showing images of the September 11, 2001, terrorist attacks and pornographic content, according to the CNN report. The virtual meeting occurred on Friday, the 19th anniversary of the September 11, 2001, terrorist attacks.

"It just showed the tension we have with open access to proceedings and using technology," Bryan P. Tyson, the lawyer representing the state of Georgia in the lawsuit, told CNN. "One of those things we have to learn from and grow from."

Another image shown during the meeting depicted "being taken over by ISIS," Tyson told CNN. Loud audio was also broadcast to participants for about a minute, CNN reported. There were more than 100 people present on the Friday call, he said, according to the report. He told CNN he believed the incident was part of a prank.

The Georgia lawsuit is concerning the use of electronic voting machines in the state. According to CNN, the plaintiffs have argued such machines are unreliable and susceptible to hacking, arguing the upcoming election should be conducted entirely by paper ballot. Georgia officials have defended the machines, according to the report.

Since the outset of the COVID-19 pandemic, institutions that have been forced to conduct proceedings online instead of in-person have sometimes reported instances of Zoom bombing, where a person who is not intended to join a meeting enters in order to cause some sort of disturbance.

The practice was first observed early on during the pandemic when businesses and schools shifted to online operations. Experts previously told Insider's Rachel E. Greenspan that the practice, in many cases, could be considered illegal.