Environment Minister Tanya Plibersek has called the Bureau of Meteorology’s rebranding “ridiculous” amid devastating weather events where people’s lives are at risk.

Plibersek’s comments come after Australia’s national weather agency announced on Tuesday that it wanted media agencies to refer to it as “the Bureau” or its full name rather than “BoM”.

On Wednesday, Plibersek said that the brand refresh was initiated under the former government and cost a total of $220,296. 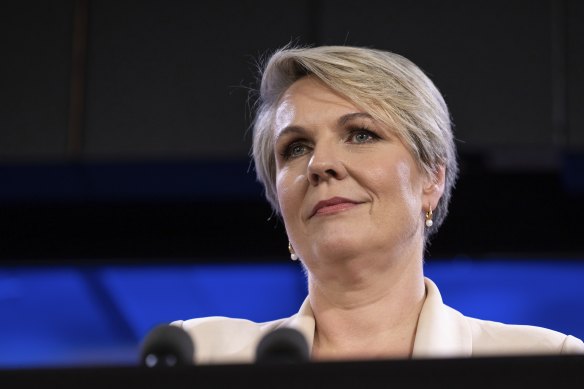 “The Bureau of Meterology, the BOM – Australians will make up their own minds about what they call it,” Plibersek said.

“What matters is accurate and timely weather information for communities, particularly during severe weather like we’re experiencing right now. That’s where my focus is. People are hurting, lives are at risk. It’s ridiculous for the BOM to be talking about rebranding.”

The total cost of the refresh includes $118,177 paid to Era-Co for brand strategy and design, $69,300 to The C Word for communication and implementation planning support, and $32,819 in implementation costs including updating materials.

In a statement put out on Tuesday, the bureau said that the ever-increasing number of severe weather events was one of the triggers to have their name more recognisable and understood by the Australian public.

“Until now, our name and visual identity were expressed differently across content and channels. Feedback from a wide range of customers, partners, stakeholders and staff has been that this variability can sometimes impact negatively on the effectiveness of our messaging,” the statement read.

“Using our full name reflects the way in which the organisation is named in the Meteorology Act 1955. The Bureau of Meteorology underscores our position as the national authority for reliable, accurate and trusted weather, water, climate and oceans information.

“The refresh in our visual identity has not in any way diverted resources that are dedicated to understanding and communicating the weather, nor has it impacted in any way on the timely and accurate delivery of our forecasts and warnings.”

The refresh was criticised online by people who were flabbergasted by the poor timing of the announcement, as widespread floods devastate parts of NSW and Victoria.

Twitter handles that the Bureau intended to adopt such as @TheBureau_NSW and @TheBureau_AU were taken by everyday people in an attempt to troll the weather agency that currently operates under the acronym BOM on Twitter.

Those accounts had been suspended by Wednesday and the bureau is yet to implement the refresh on all of its social media accounts.