At the time of writing, Tezos was approaching its resistance level, but it might be unable to breach it as it was showing a bearish pattern over a longer time frame. NEM looked likely to bounce off its support and might be able to scale new highs in the coming days or even weeks. VeChain exhibited a possible bearish divergence, one that could see it plummet to the next levels of support. 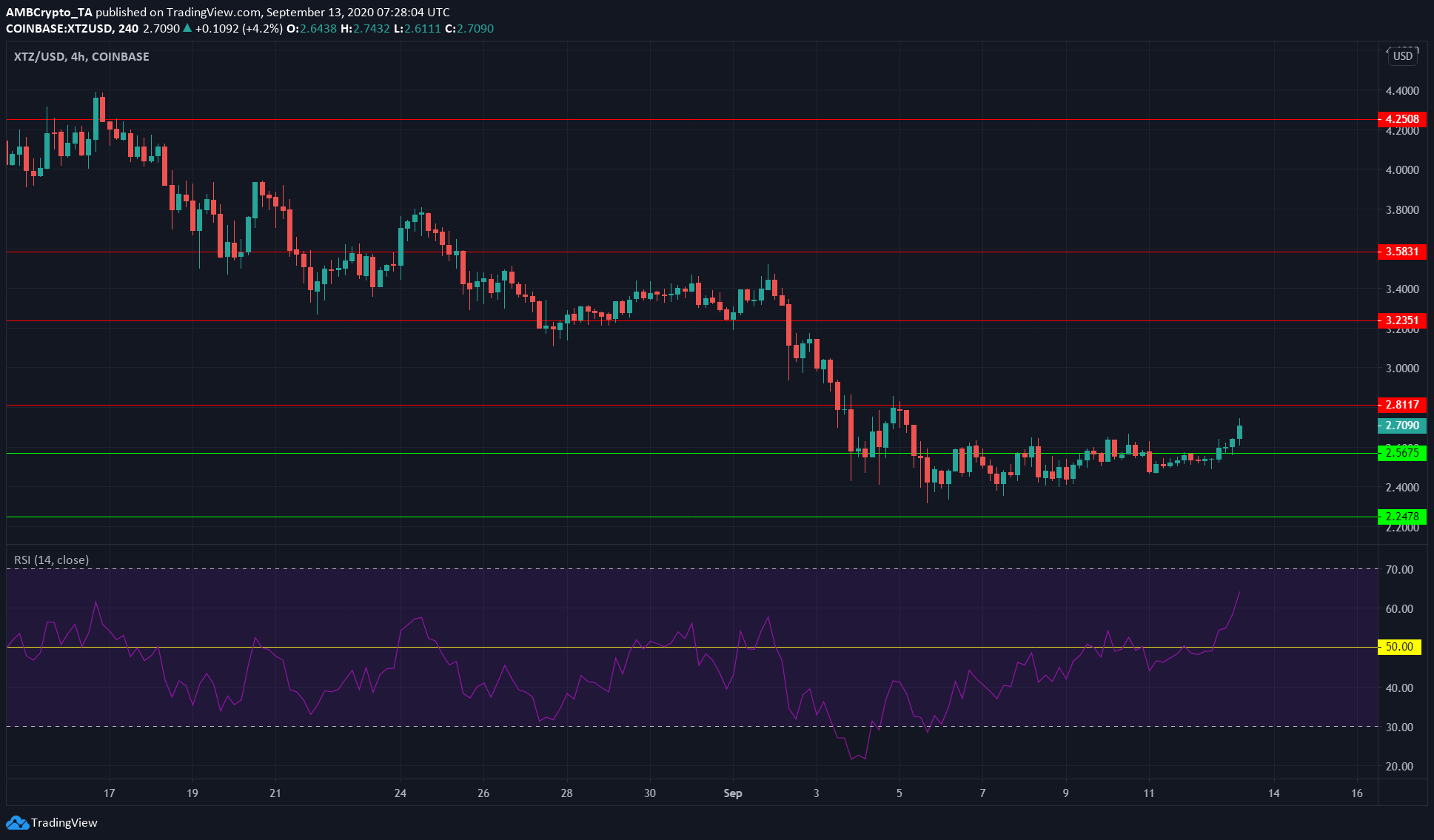 It could, however, climb to its resistance at $2.81 as the RSI stood at 64, indicating bullishness. However, it is likely that XTZ will reach the overbought zone at such a resistance level, while getting rejected at the same.

The coin had also formed a bearish pennant and might be bound for a slide to its $1.81 support. 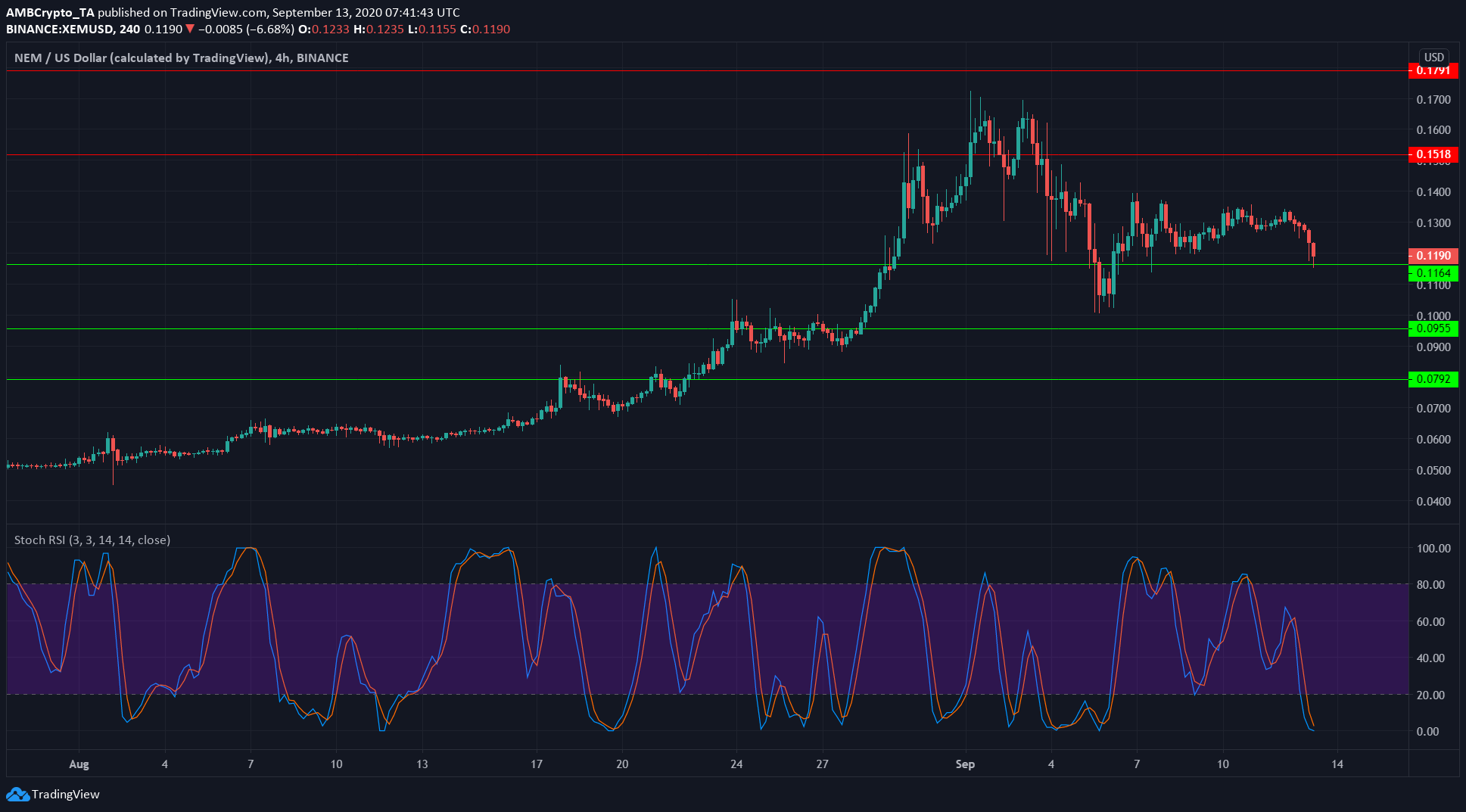 The coin was ranked 23rd on CoinMarketCap, with the crypto performing very well over the past few weeks. After registering strong gains, XEM was pulling back to test some regions of support on its charts.

At the time of writing, the price was well above its support at $0.116, but it was dropping towards the level. The Stochastic RSI showed oversold conditions with values of 0.46.

Such extremely oversold conditions can trigger a strong bounce off the support for XEM.

If XEM does not rise above its most recent highs at $0.135, it could be poised for another slump. A rise above recent highs could see XEM touch its resistance at $0.151.

On 12 September, it had a 24-hour trading volume of $37.4 million, a figure which was significantly below average for the past couple weeks.

OceanEx launched a new product, OceanEx Pay, a product that allows merchants to use OceanEx as a custodian, as well as accept payment in cryptocurrencies. This was announced by VeChain too, with the VeChain account tweeting that merchants can also choose to accept VET and VTHO.

VET’s price stood at $0.0138, at press time. While the RSI showed a bullish reading of 62, the bullish case for VET was not very convincing.

VET’s price was forming lower highs, while the RSI formed higher highs on the 4-hour chart. The hidden bearish divergence was highlighted by the white trendlines, indicating that VET likely hadn’t reversed its downtrend.

This divergence would be confirmed if the price failed to close above $0.0144 over the next few trading sessions.