On May 13, 2019, BitMEX Research released a report on Initial Exchanges Offerings [IEO]s. The report also gave insight into the Initial Coin Offering [ICO] market, with the data showing a significant drop in the funds raised. The report also suggested that some projects opted to hold an IEO to raise money instead of an ICO as the market “dried up following a massive boom” in 2017 and the following year.

“The ICO market is down around 3,800% in Q1 2019 (YoY), based on the amount of capital raised. In this relatively challenging climate to raise funds, some projects have changed the “C” in ICO to an “E”, perhaps in an attempt to assist with raising capital.”

The report also suggested that the concept of IEO was going relatively well in the market as almost $40 million was raised in the past four months. It stated,

“However, we remain sceptical about the prospects for long term investors […]the [ICO] market has dried up following a massive boom in 2017 & 2018.” 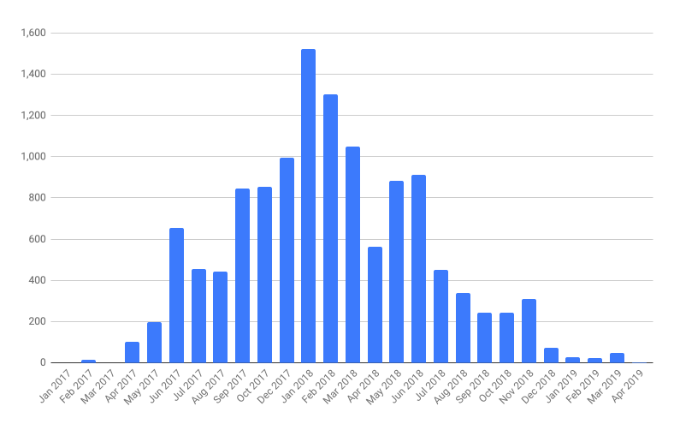 To add on, the report stated that the investment return of the projects that raised ICOs in 2018 was poor, with several projects plunging by 80 percent compared to its ICO price, considering that these coins are traded on exchanges.

The report also gave a performance data on the top ten ICOs that raised the largest amount of funds in 2018. The first project was EOS; the project’s token is currently the fifth largest cryptocurrency in the market. The report showed that the project had raised $4,234 million funds and the return based on average ICO price was down by 4 percent. 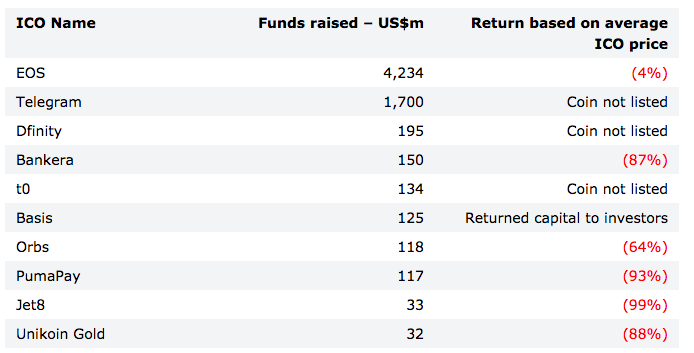