Bitcoin was trading at $13,561 when many of the market participants were eagerly awaiting $14,000 resistance to crumble. Whether this is a minor pullback before reaching new local highs or whether BTC was headed further downward was yet unknown. Alongside BTC, altcoins markets also shed some recent gains, and many coins were actively trending lower. Cardano and DigiByte were strongly bearish in the near-term, while Filecoin appeared likely to follow suit in the coming days. 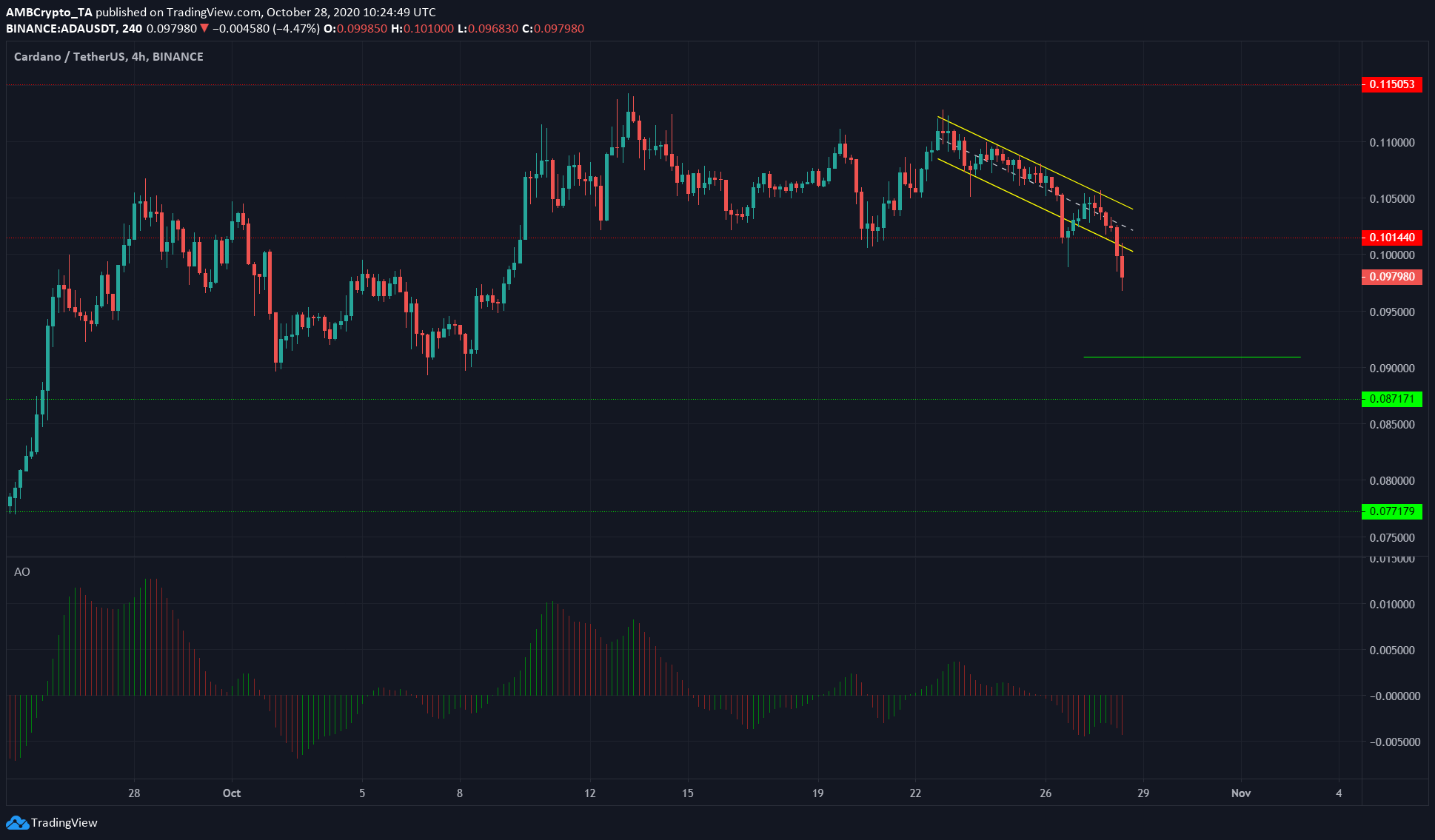 Cardano was moving within a descending channel (yellow). Generally, the price breaks out to the upside, but a downward break can also be seen.

Not only did ADA close beneath a descending channel, but the level of support at $0.101 was also lost in the face of mounting selling pressure.

The Awesome Oscillator showed strengthening bearishness, and ADA can be expected to drop toward $0.091. If the bulls were unable to halt the bears’ advance there, $0.087 might be the next target for the asset. 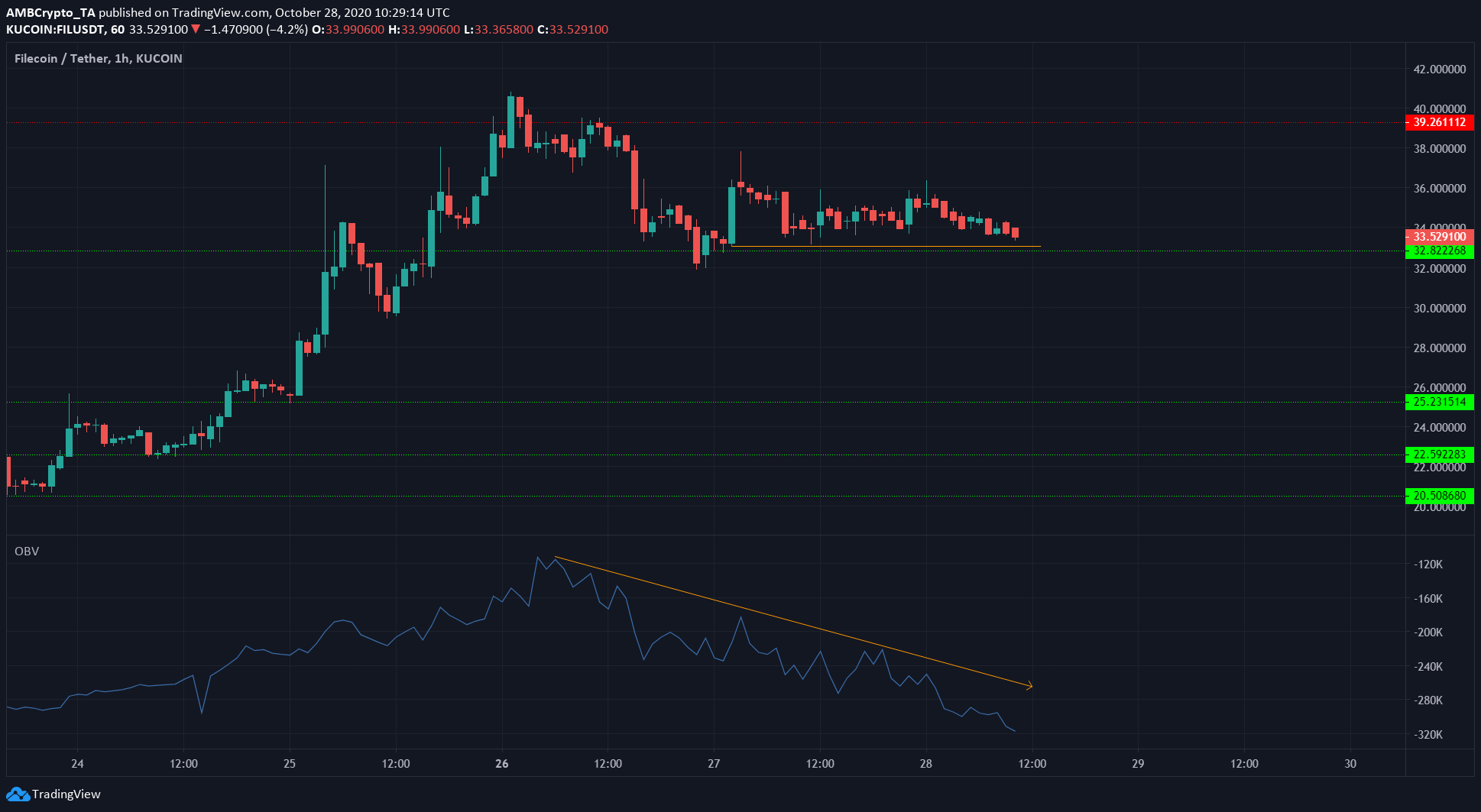 The OBV has been falling (orange) while the price set marginally lower highs, or equal highs, in the past couple of days. The price also failed to register a lower low in the same time period.

This disagreement between buyer interest, or lack thereof, and the price, suggested that FIL may face more losses in the coming days. 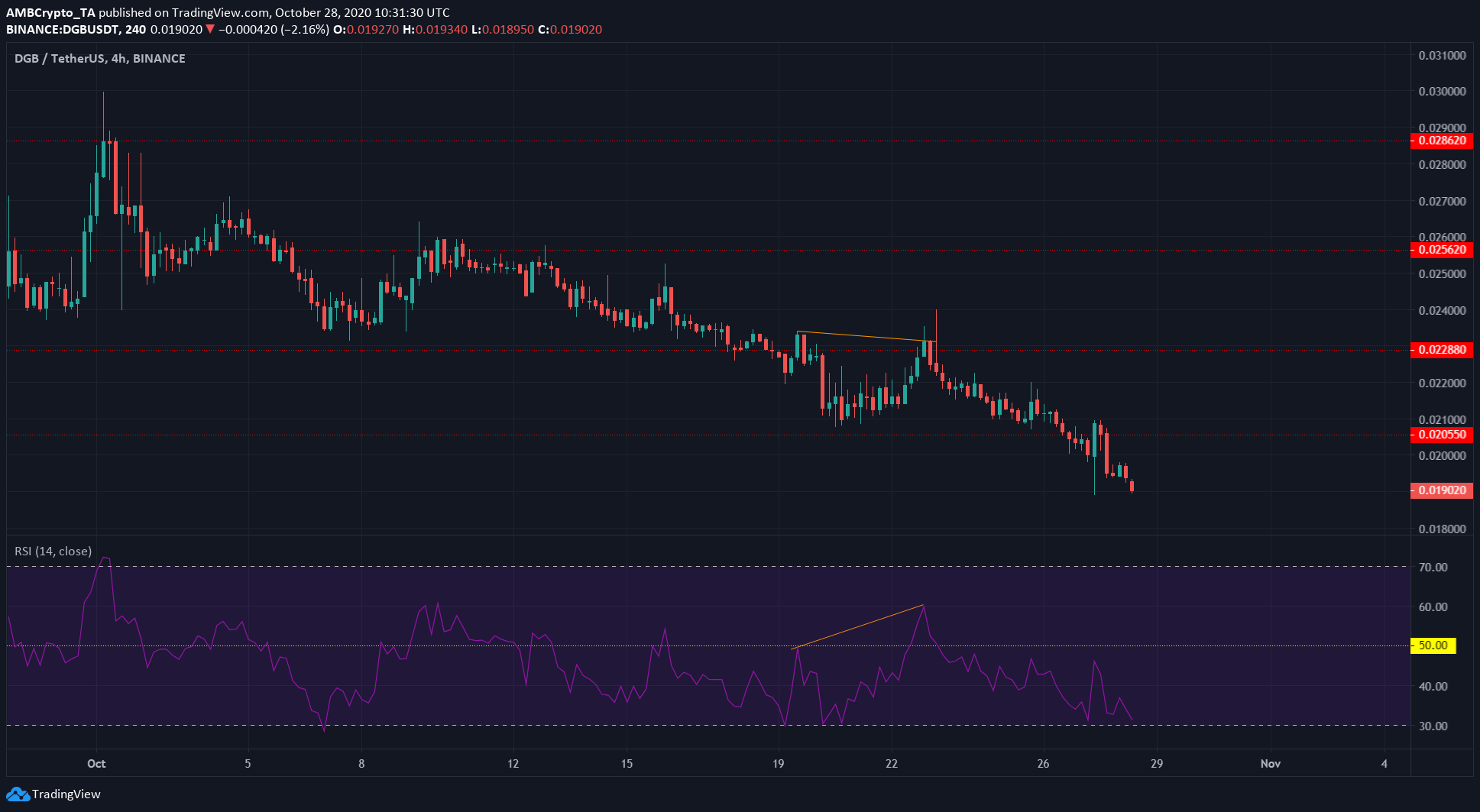 DigiByte closed above $0.022 resistance and appeared to have reclaimed the level. But a hidden bearish divergence between the price and momentum formed.

The RSI formed a higher high while the price formed a lower high. This signaled that the previous downtrend could be set to continue for DGB.

Subsequently, DGB was pushed below resistance once more, and consistently registered losses in the past week.

A relief rally can be expected for DGB if RSI reached oversold regions, but DGB might experience no more than a bounce in the coming days before trending lower once more.